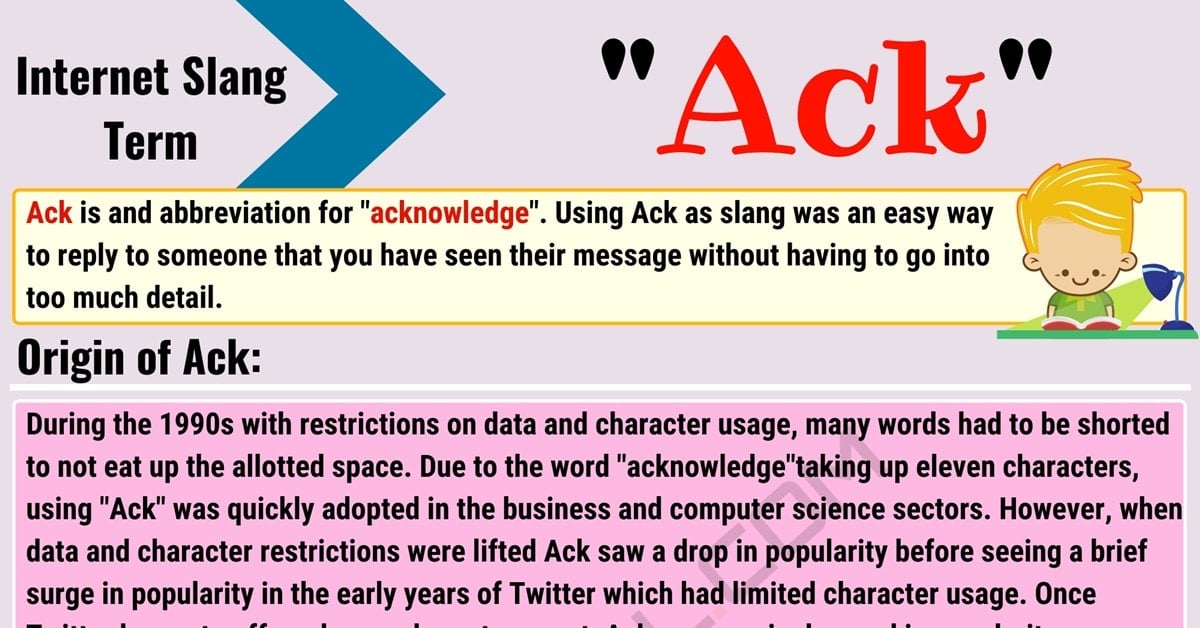 Ack is an older internet slang term that was common during the 1990s and early 2000s. In this lesson, you will learn the definition and how to use this slang word with ESL infographic and useful conversation examples in English.

What Does Ack Mean?

Ack is and abbreviation for “acknowledge“. Using Ack as slang was an easy way to reply to someone that you have seen their message without having to go into too much detail.

Ack has seen use as an exclamation of surprise, be it positive or negative. The character Cathy from the newspaper comic of the same name would frequently exclaim “AACK”. Generally, most usage of the word Ack will be for exclamations of dismay or surprise and not the abbreviation of Acknowledge. Ack can also be used as abbreviation for Nantucket and the Nantucket airport. An “Ack Attack” is used as slang to express desire to go to Nantucket.

Ack can be spelled all lowercase to be ack or all uppercase to be ACK. However, ACK is normally reserved for exclamations of dismay or disgust. Ack, as an abbreviation of Acknowledge, is typically just used with an upper-case A. 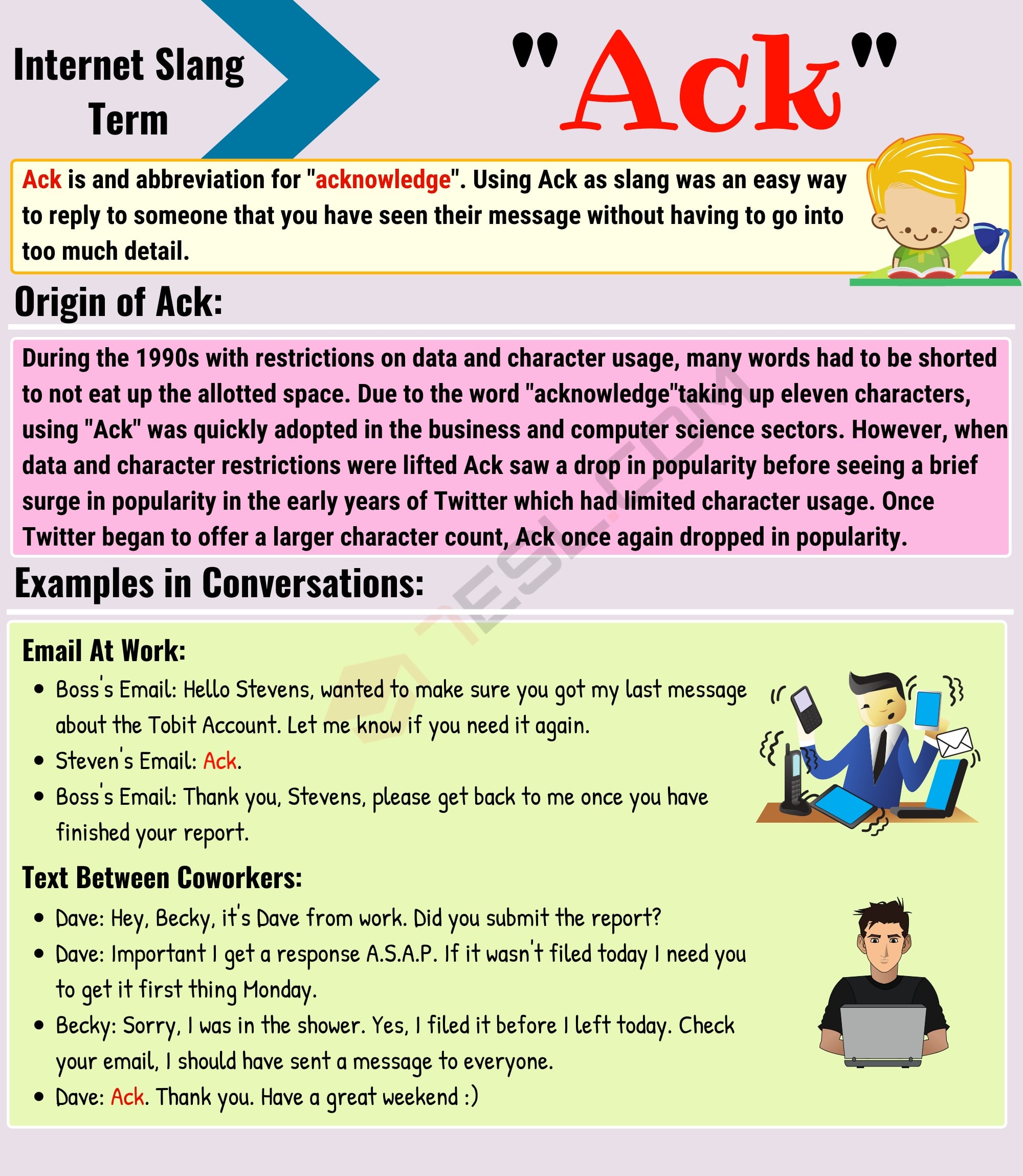