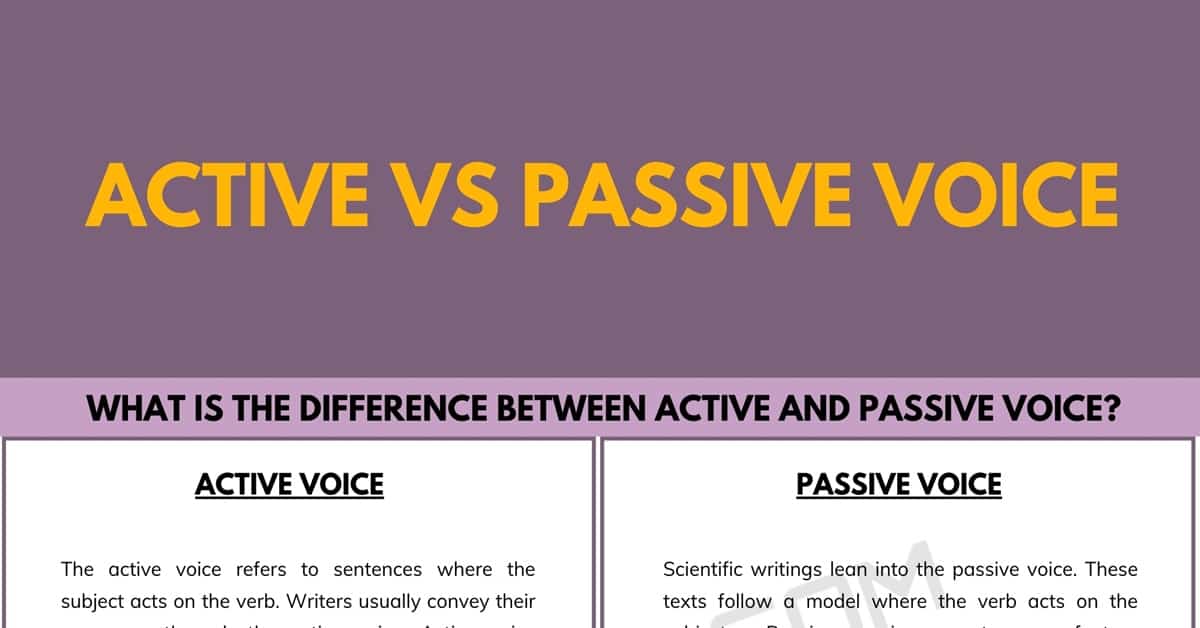 What is the difference between active vs passive voice? There are five properties that can affect a verb: tense, voice, mood, number, and person. Through voice, the English language can become clearer or more obtuse. Two different voices impact our language construction: passive and active. The passive voice appears formal while the active voice seems conversational.

The Difference Between Active and Passive Voice

Every example reveals that the subject is the one taking action. Without the subject, there would be no one to take action.

Scientific writings lean into the passive voice. These texts follow a model where the verb acts on the subject. Passive voice sentences feature configurations of “to be” and the past participle. Besides, the passive voice can give rise to a preposition.

Compare the first set of examples, “the boy hit the car” and “the car was hit by the boy”, to establish the differences between the active and passive voice. The former active sentence follows an order: subject (the boy), verb (hit), and object (the car). In contrast, the latter passive voice employs a different sequence: object (the car), to be tense (was), verb past-participle (hit), preposition (by), and subject (the car).

When Do You Use Passive or Active Voice?

Why use the passive voice?

When you do not focus on the actors in your sentences it becomes easier to emotionally distance yourself from what you are reading. This allows the reader to dissect your work and look at its messages more objectively.

Distancing the reader from the narrative could have the opposite effect. The reader may become less interested in the discussed topics. The active voice needs to surround the passive voice passages. This allows passive sentences to stand out.

Use the passive voice when your subject is unknown. The structure of the passive voice makes it possible to omit a subject. You can manipulate the voice to keep people from discovering the culprit in your story.

As discussed earlier in the section, extra words give the appearance of intelligence. Invoking the passive voice may suggest the writer’s authority on a subject. Passive sentences seem more formal. You can interpret formality to mean professional. Using the passive voice leads the average reader to believe you know what you are talking about. 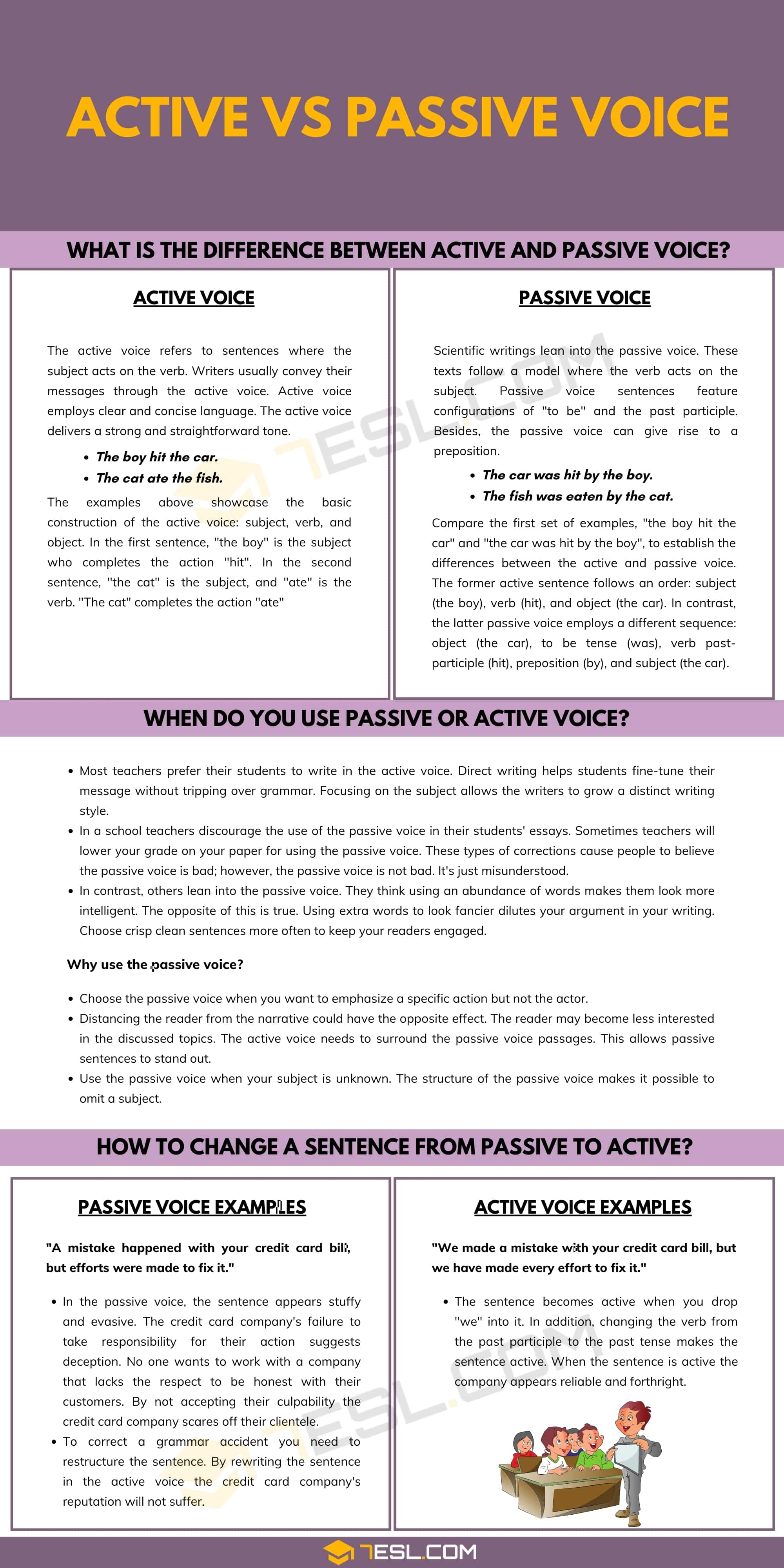