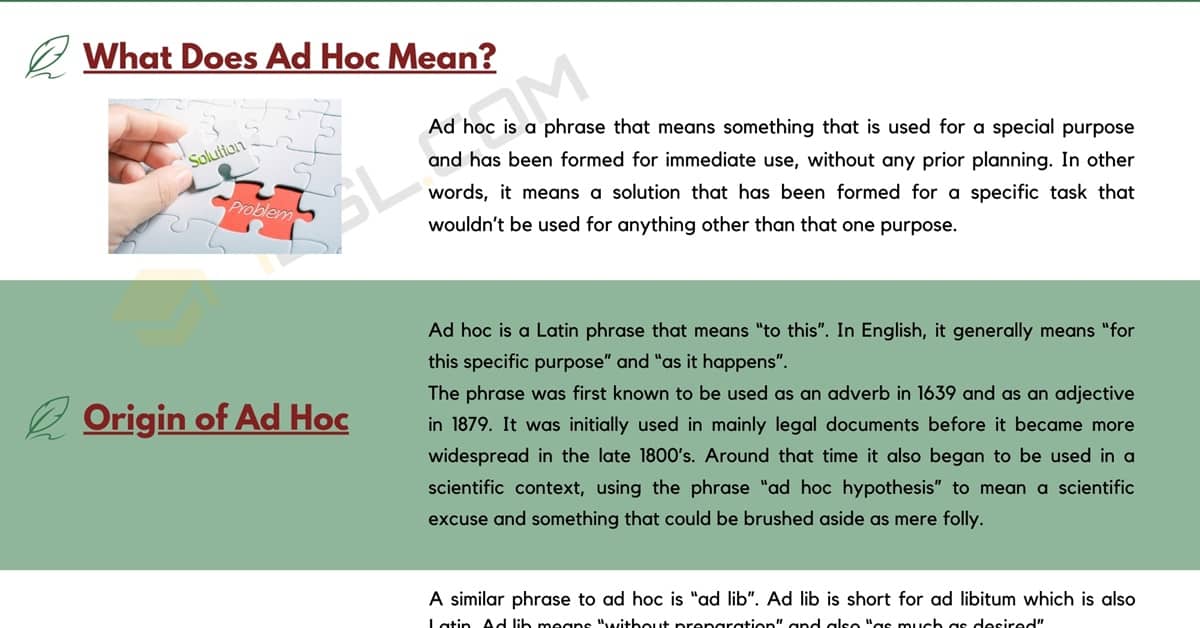 There are many millions of words and phrases that we use in our everyday life, but have you ever stopped to consider where some of them came from and just how we ended using them? What about ad hoc? Did you know that it’s actually Latin?

What Does Ad Hoc Mean?

Ad hoc is a Latin phrase that means “to this”. In English, it generally means “for this specific purpose” and “as it happens”.

The phrase was first known to be used as an adverb in 1639 and as an adjective in 1879. It was initially used in mainly legal documents before it became more widespread in the late 1800’s. Around that time it also began to be used in a scientific context, using the phrase “ad hoc hypothesis” to mean a scientific excuse and something that could be brushed aside as mere folly.

A similar phrase to ad hoc is “ad lib”. Ad lib is short for ad libitum which is also Latin. Ad lib means “without preparation” and also “as much as desired”.

Ad hoc can also have the following meanings:

In computing, ad hoc has another meaning. The term “ad hoc networks” is used to describe a series of computers that are connected to others without a router on a temporary basis.

When to Use Ad Hoc

It can also be used as a criticism, to mean that something wasn’t well planned or well thought out.

(This phrase means it was an unscheduled stop.)

(This phrase means he works as needed.)

(This phrase means an improvised set.) 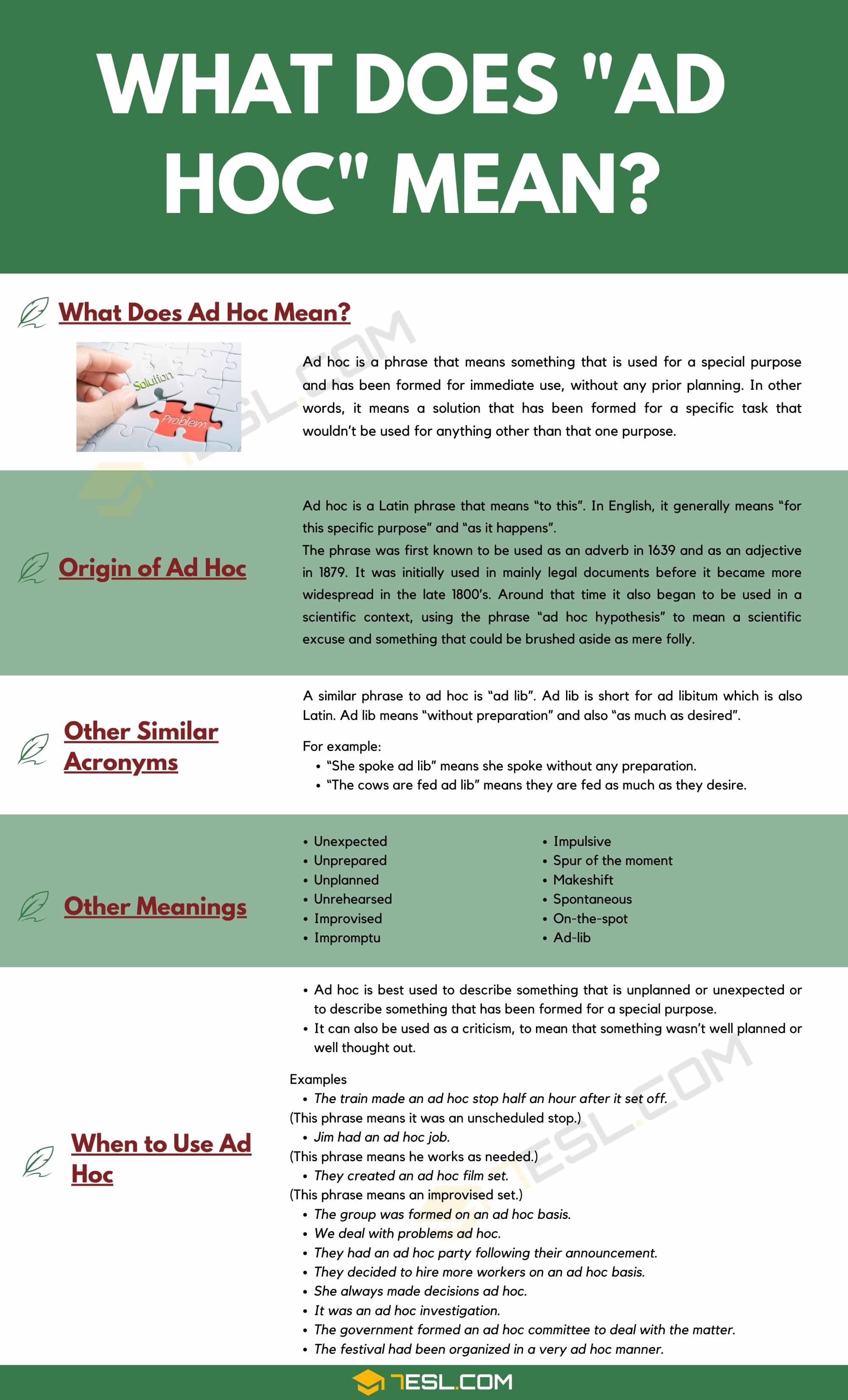