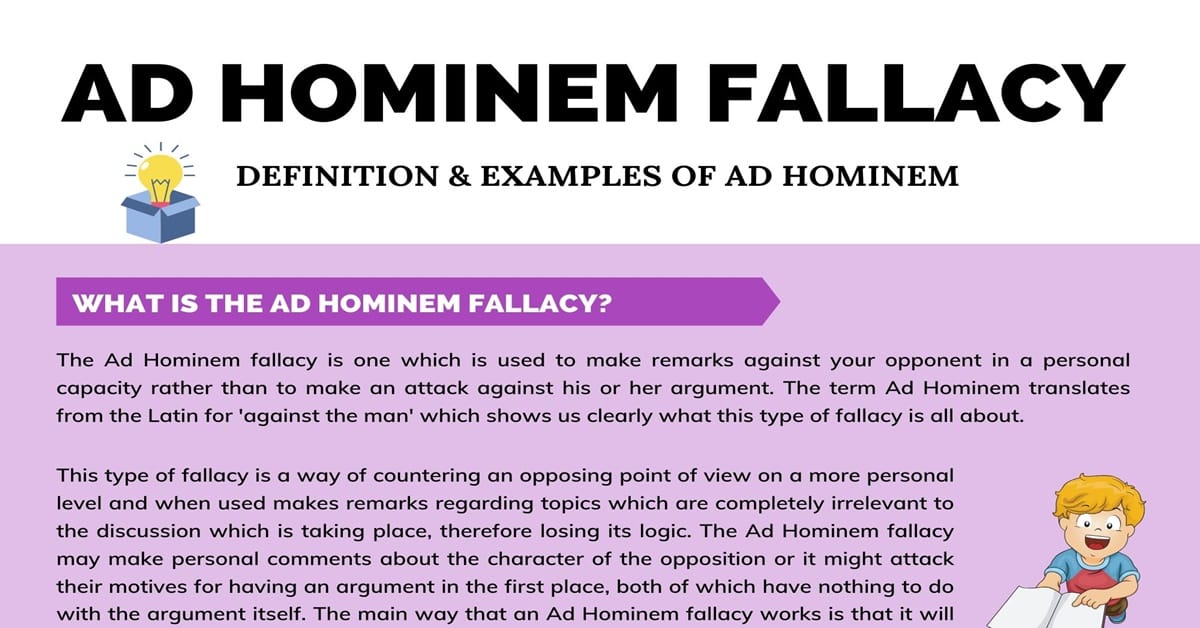 Learn the Ad Hominem definition and examples. In the English language, there are a large amount of fallacies which we might notice in both spoken language as well as in a written context. One of these fallacies is the Ad Hominem fallacy which we commonly see being used, however, we may not always understand it. In this article, we are going to be taking a look at what the Ad Hominem fallacy is and how it works. We will also be looking at some examples of this type of fallacy in order to gain a greater understanding of its function.

What Is The Ad Hominem Fallacy?

The Ad Hominem fallacy is one which is used to make remarks against your opponent in a personal capacity rather than to make an attack against his or her argument. The term Ad Hominem translates from the Latin for ‘against the man’ which shows us clearly what this type of fallacy is all about.

This type of fallacy is a way of countering an opposing point of view on a more personal level and when used makes remarks regarding topics which are completely irrelevant to the discussion which is taking place, therefore losing its logic. The Ad Hominem fallacy may make personal comments about the character of the opposition or it might attack their motives for having an argument in the first place, both of which have nothing to do with the argument itself. The main way that an Ad Hominem fallacy works is that it will undermine the argument and not give a valid or logical reason for being against the person’s claims.

In some cases the Ad Hominem fallacy is used purposefully as an underhanded way to win a debate or argument, however, there are times in which people resort to it unintentionally. When used intentionally, the speaker or writer might be attempting to win the trust of the audience by pointing out flaws in the opponent’s character. Quite often the arguer will believe the claims that he is making himself.

Types of the Ad Hominem Fallacy

This type of Ad Hominem makes a personal attack on the person, for example, ‘This is why women shouldn’t do men’s work.’

This form tries to imply that the person’s own circumstances are the motivation for their argument, making the argument false.

When an argument has an association with something that is negative, the opposition will use this to discredit the claims being made.

The opposition will use the past actions of the arguer to discredit their argument, for example by committing a driving offence might be brought up when talking about a person’s ability to write a book on road signs.

Now let’s take a look at some examples of Ad Hominem.

By looking a little more closely at the Ad Hominem fallacy we have seen that it is a type of argument which is used as a way of undermining the opponent by way of making personal attacks on either his or her character or on their motives for their argument rather than attacking the argument itself. 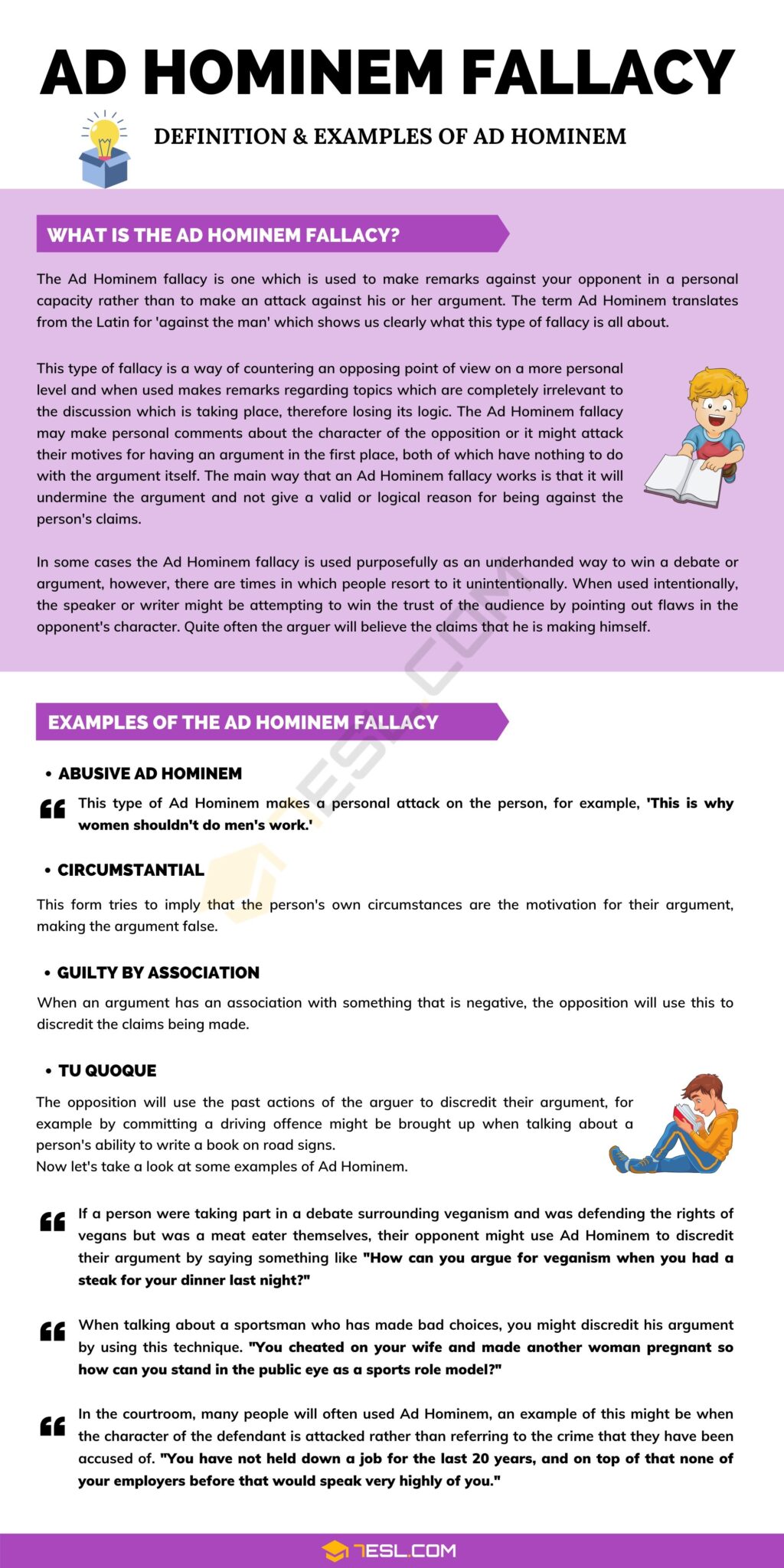 I call it “shoot the messenger” Way too common in commenters online.