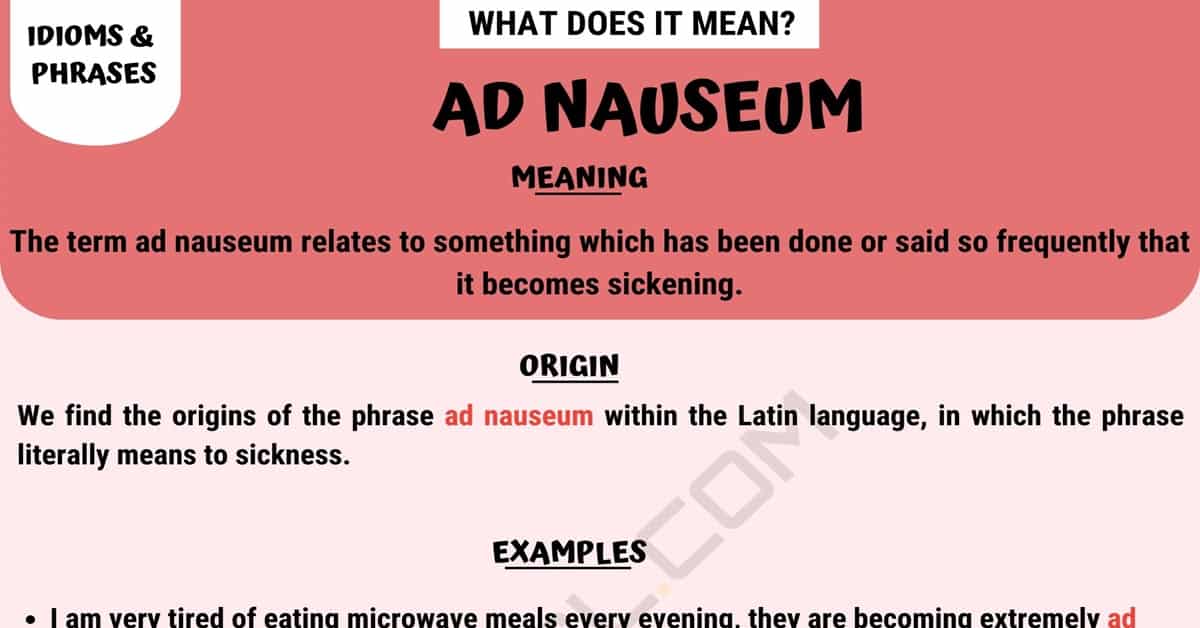 Have you ever heard the term ad nauseum being used during a conversation and thought about the meaning of the saying? We are going to discover what this saying means as well as taking a look at some examples of how it can be used. We will also be looking at the origin of the phrase and where it first appeared.

The term ad nauseum relates to something which has been done or said so frequently that it becomes sickening.

Origin of this term

We find the origins of the phrase ad nauseum within the Latin language, in which the phrase literally means to sickness.

We are now going to be looking at some examples of sentences in which the term ad nauseum might appear.

The first example is a statement being made by a person who lives alone.

The next sentence is one being said by a mother to her child.

By looking at some examples of conversations in which the phrase ad nauseum might appear, we will be better able to understand its function.

The first conversation is one taking place between two friends discussing a third friend.

The second conversation is taking place between some people in a pub.

We are now going to look at some other ways in which you might refer to the term ad nauseum. 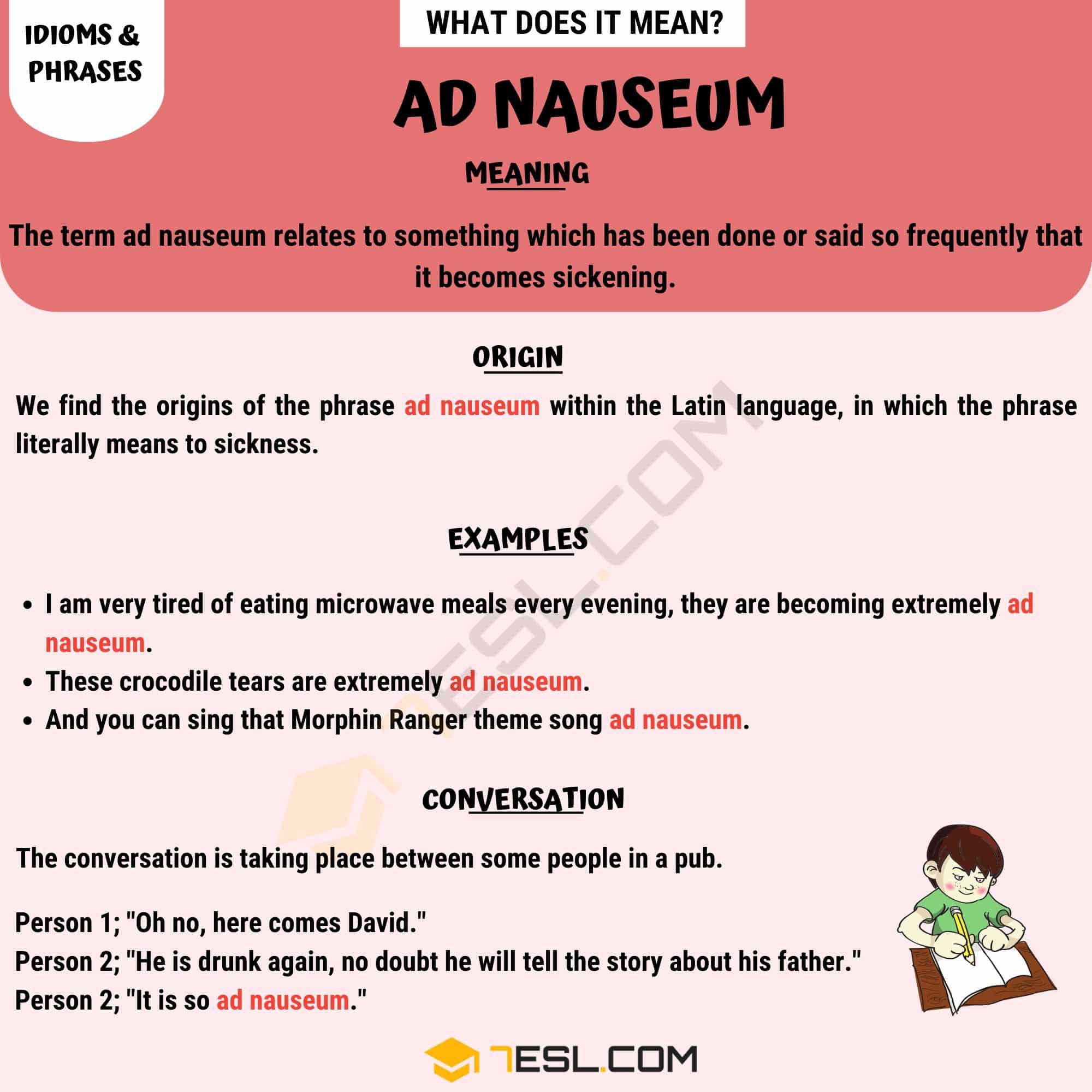