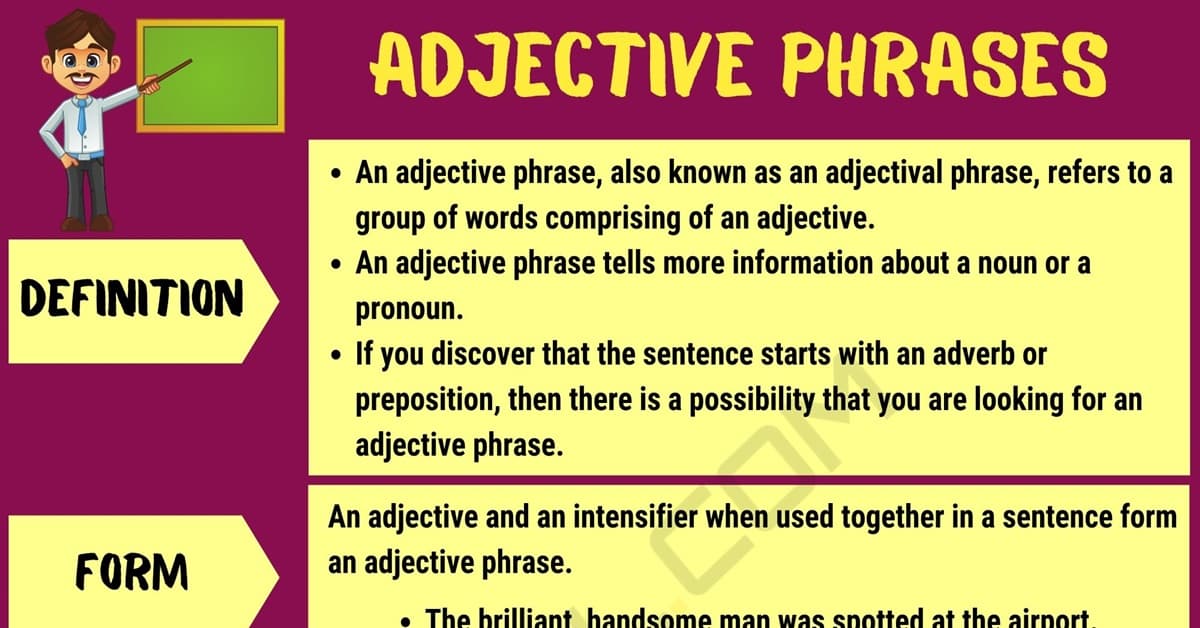 What Is an Adjective Phrase?

You don’t need to have perfect grammar to master how adjective phrase works. We often use these phrases from time to time, without even our consent.

How Do You Recognize an Adjective Phrase?

What Does an Adjective Phrase Comprise of?

An adjective and an intensifier when used together in a sentence form an adjective phrase. An example of this could be:

There are times when one adjective cannot be used to describe something fully. In such a scenario, an array of adjectives can be used together to give more information about a noun. An example of this might be: She wore a red, black, and white watch during her brother’s wedding.

The Role Played by Adjective Phrases in a Sentence

Adjective phrases do not only modify nouns but also pronouns. Let’s look at the following examples:

When planning to include some adjectival phrases in your writing, you should first go through a list of adjective phrases for more detailed information. 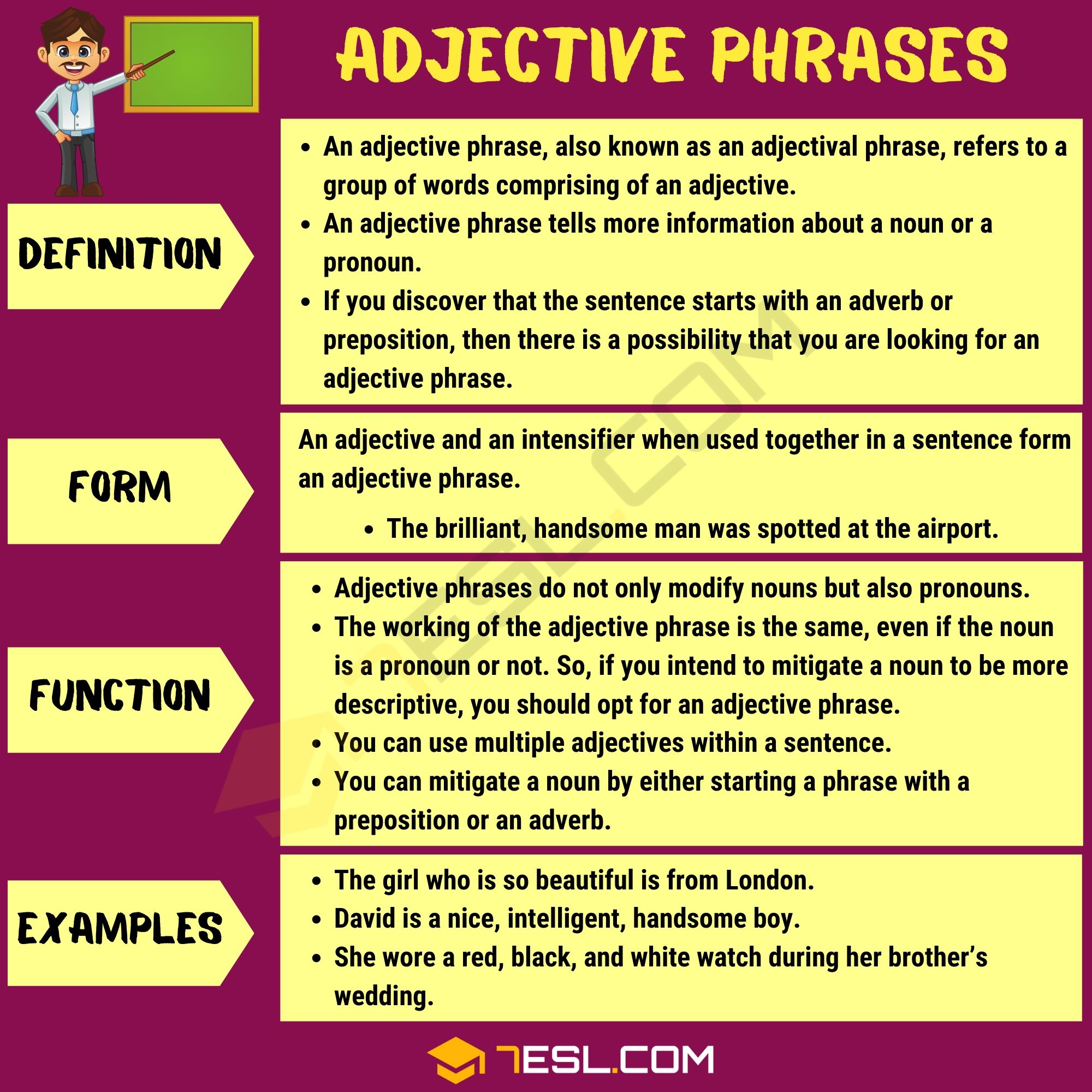 May I those apps

Is it an adjective phrase or a relative clause?
Thanks,
Eliu

Relative clause functioning as adjective which modifies the subject The girl.

The man in black is an engineer