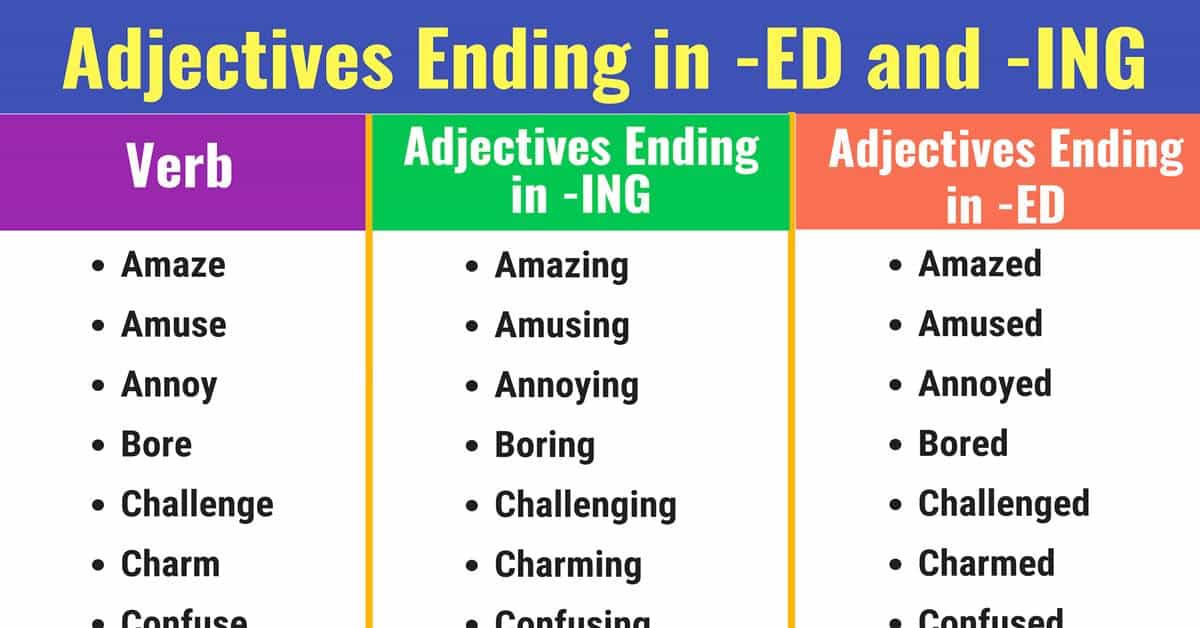 Adjectives Ending in -ED and -ING

Adjectives that End in -ING

In general, adjectives that end in -ing are used to describe things and situations. They have an active meaning. They describe someone that is doing something (acting) or something that is causing something to us, making us feel in a certain way.

Adjectives that End in -ED

Adjectives that end in -ed are used to describe how people feel. They have a passive meaning. They describe someone ‘receiving‘ some kind of action, made to feel in a certain.

Examples of Adjectives Ending in -ED and -ING

To make it clearer, let’s have a look at the following examples:

They all “do” something: the baby is crying, the man is running, the cat is sleeping. The –ing adjectives have an active meaning: crying, running and sleeping are used to describe an action.

Now look at these examples with adjectives ending in –ed:

These adjectives are used with a passive meaning. Something has been done to the object (the window) or something/someone has caused people to be in a certain state (the audience, the man, the child) or feel in a certain way.

The adjectives smashed, interested, confused, excited describe states or feelings as a result of something done: the window has been smashed, the audience has been interested, the man has been confused, the child has been excited. 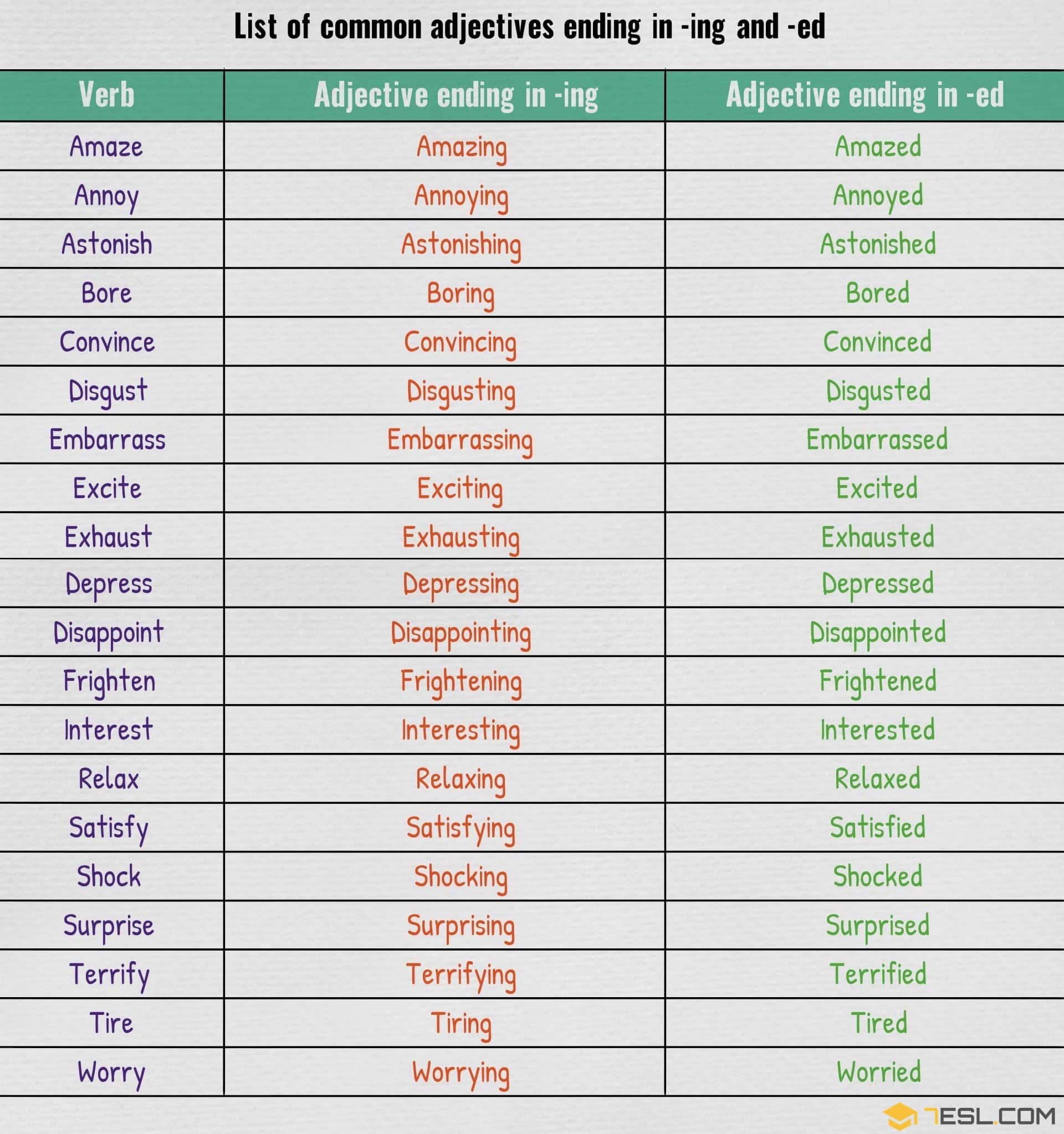 I am learning English… Kindly give me suggestions

These explanations are very clear. Thank you!:)

can u think more that a good person does ending with ing.

You explained it all very clearly. However, you say the – Ed cannot be used with things because things cannot feel and in one of the exemple you use a “smashed window”. Could you explain to me the subtlety?

hi i am a kid this is pretty fast lerning