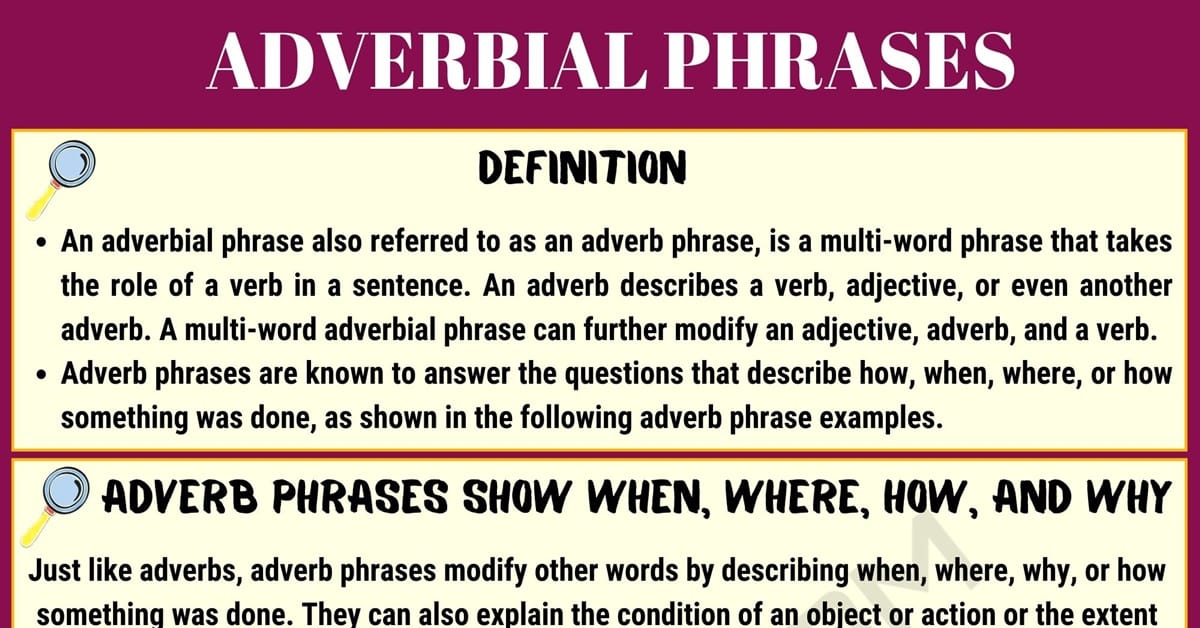 What Is an Adverbial Phrase?

Adverb phrases are known to answer the questions that describe how, when, where, or how something was done, as shown in the following adverb phrase examples.

Let’s look at the following sentences:

Adverb Phrases Show When, Where, How, and Why

Just like adverbs, adverb phrases modify other words by describing when, where, why, or how something was done. They can also explain the condition of an object or action or the extent to which an action or object was affected. Let’s look at the following example: “He rode the motorbike as carefully as possible.” Here drove is the verb and as carefully as possible is the adverb phrase which explains how the motorist acted.

Consider the following adverbial phrase examples that describe when, where, how, and why.

Adverbial Phrases that Describe When

Adverbial Phrases that Describe Where

Adverbial Phrases that Describe How

Adverbial Phrases that Describe Why

Adverb phrases can be used at any point in a sentence. This is highlighted in the following adverb phrase examples:

It’s good to keep in mind that an adverbial phrase is a multi-word phrase that does not feature a subject nor a verb. When you consider the mentioned above adverbial phrase examples, you will notice that “right here in front of the kitchen” does not contain a verb. Instead, it’s just a lengthy-phrase.

An adverb clause, on the other hand, is a multi-word clause that does not contain a subject and a verb. Similar to the adverbial phrase, an adverb clause modifies an adjective, verb, or adverb in the sentence.

Always add adverbial phrases to your writing to make it easy for your readers to understand. This also makes the content fun and exciting, thereby encouraging more people to read your work. With the help of the examples outlined above, you should be in a position to recognize and even classify the adverbial phrases in a sentence. 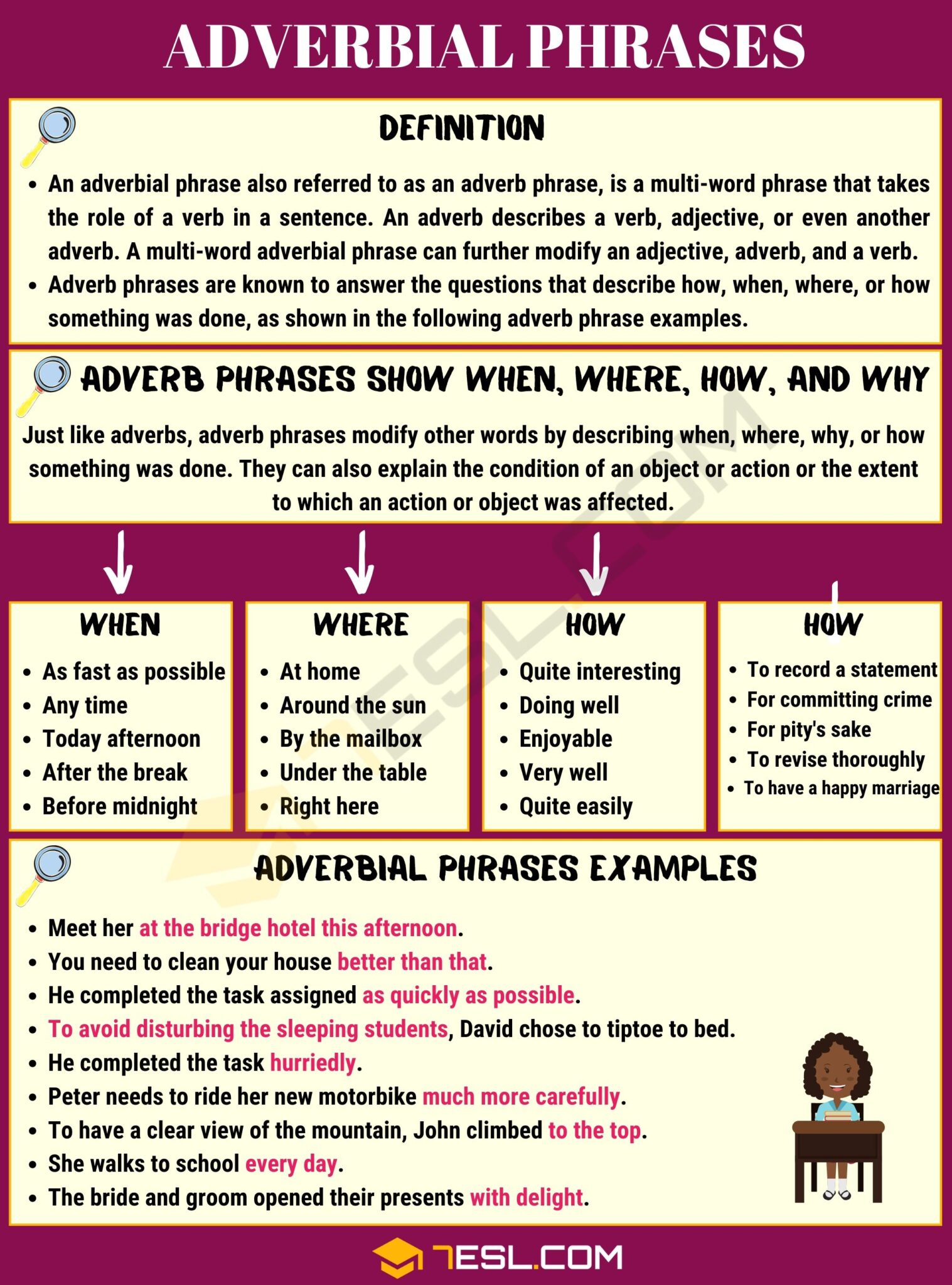 But below scrolling is looking blur, unvisible.

Could you please take care of visibility of letters.

So that we can suggest too many people about your valuable classes.

I am not at good in English.

So please try to understand. What I would like to suggest to your valuable classes.

Thank you so much. I have a question though.
Do adverbs take the role of verbs? Please check the definition again.

Generally, this site has been very helpful to me. Thank you.