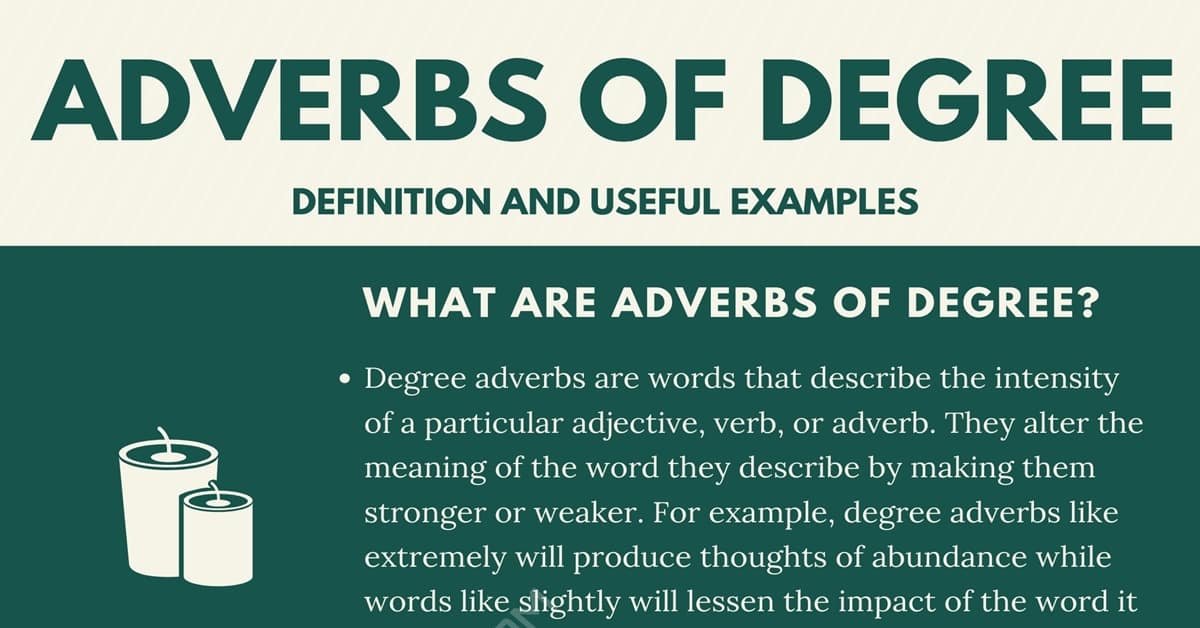 Adverbs of Degree! Adverbs are words that describe or morph the meaning of an adverb, verb, or adjective. Adverbs can be broken down into eight different categories: conjunction, place, time, frequency, manner, comment, negation and confirmation, and finally degree. Today we show you how to use the adverbs of degree in English with some useful examples.

What Are Adverbs of Degree?

Degree adverbs are words that describe the intensity of a particular adjective, verb, or adverb. They alter the meaning of the word they describe by making them stronger or weaker. For example, degree adverbs like extremely will produce thoughts of abundance while words like slightly will lessen the impact of the word it seeks to modify.

Some common degree adverbs include: too, slightly, completely, very, fairly, and bit.

When writing or speaking you sometimes want to denote to what extent something impacts you. Sometimes to communicate clearly you want to be able to qualify certain descriptions. For instance, you can qualify temperature in terms of hot, cold, or warm. Certain words will paint a clearer picture of how cold something felt to you. For example, It could be slightly cold, a bit cold, or really cold.

Alternatively, you could describe how tired a friend appeared to you. Did your friend look a wee tired or quite tired? These words influence the severity of something. Depending on which adverb was chosen the severity could increase or decrease.

How to Use Adverbs of Degree

Most of the words used to describe the intensity of something are placed before the verb, adjective, or adverb they wish to qualify. A small portion of these words, however, do not follow this formula.

Examples of adverbs that precede verbs, adjectives, or adverbs

Notes these adverbs can also be used to speak to the degree of a verb or other adverb.

Examples of adverbs that follow verbs, adjectives, or adverbs

Unlike the above set of degree adverbs, the adverb enough appears after the verb, adverb, or adjective being modified. Enough means to the extent something is necessary when used as an adverb.

Enough follows the verb eat in the first sentence and the adjective hard in the second.

To + the infinitive form often follow the adverb “enough“. For example:

Listed below are words you can use to shape the degree of something. 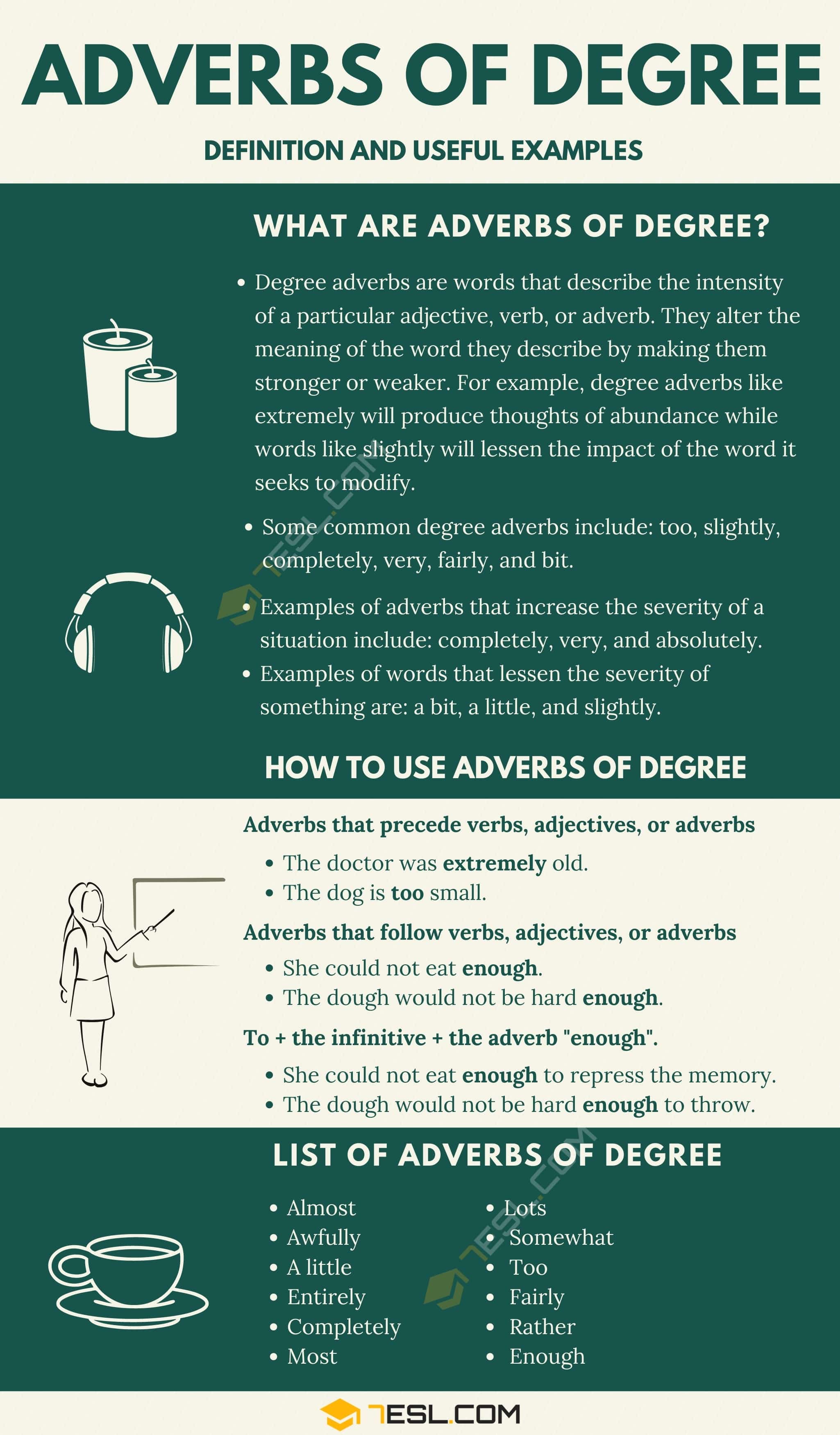 Thank you very much for all the hard work and the wonderful examples and images! I noticed that on the picture it is written to+infinitive+ the adverb “enough”. Wouldn’t it be less confusing changing it to “enough” + infinitive? For a second I thought the instruction pointed to the position of the infinitive before the adverb, and since it’s not specified it’s a short infinitive then “to” is implied of accompanying the verb.