Adverbs of Frequency!!! Learn how to use frequency adverbs in sentences with useful grammar rules and examples.

What Are Adverbs of Frequency?

Adverbs of frequency tell us how often something takes place or happens.

There are lots of them. Here are some examples:

– Always: He is always ready to take on heavy responsibilities.

– Usually: We usually go to restaurant on Sundays.

– Regularly: I communicate with him regularly by letter.

– Normally: I don’t normally take my holiday in midsummer.

– Sometimes: Sometimes, I just need someone to talk to.

– Rarely: Rarely have I seen such a scene.

– Never: He never turned up. 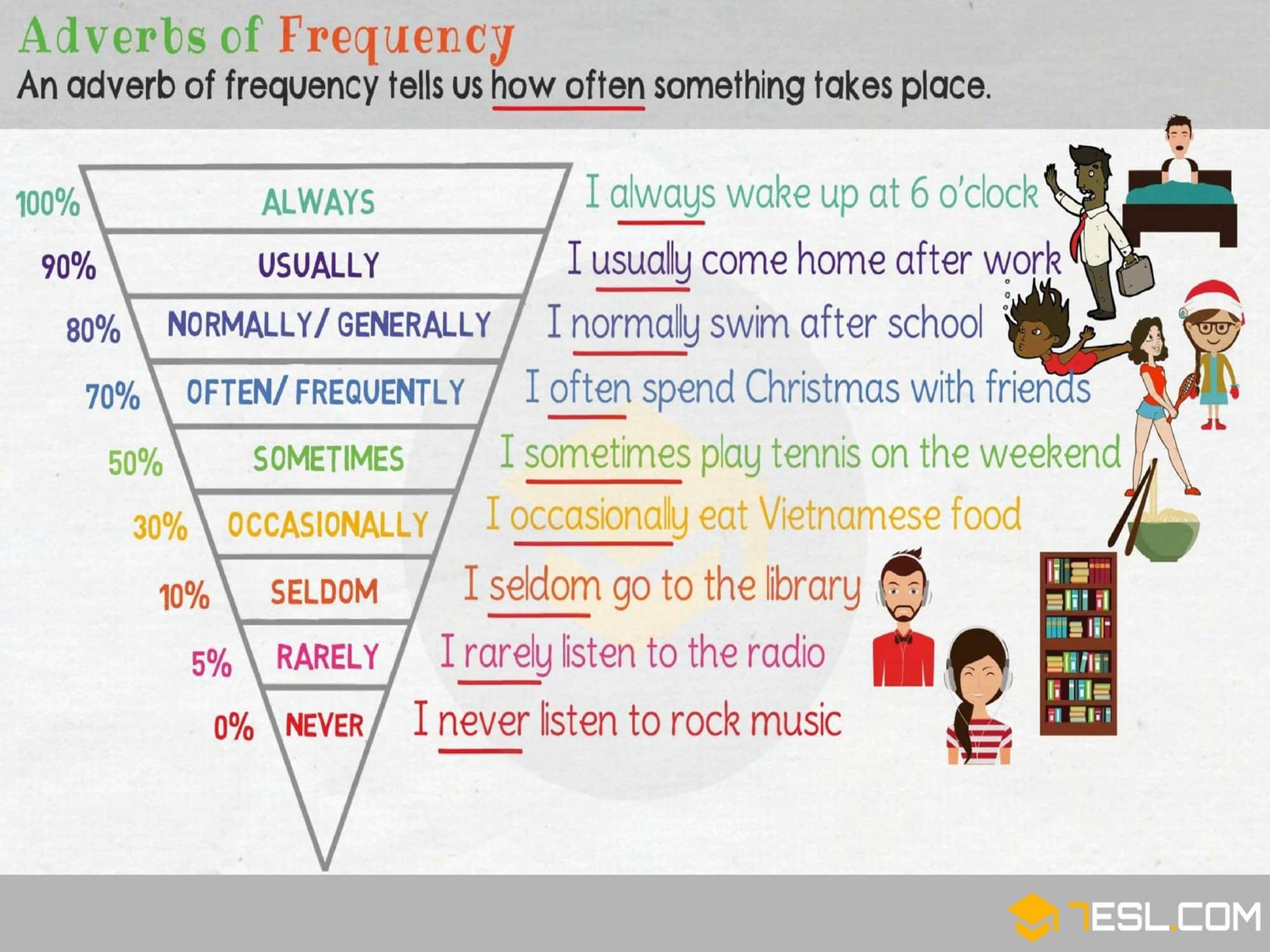 We often place adverbs of frequency in these positions.

Most adverbs come before the verb.

Use adverbs of frequency after these five forms of be: am, is, are, was, were.

I am always worried about my study result.

She is usually very happy.

She is always cooking spaghetti.

You are seldom anxious about my health.

When a verb has a helping verb, the adverb goes after the first part of the verb.

Sometimes we use frequency adverbs at the beginning of the sentence.

Always wash your hands before the meal!

Sometimes we use frequency adverbs at the end of the sentence.

We go to school by bike sometimes.

Thank you for teaching^^

She can be never a teacher or She can never be a teacher ? I think the latter is correct.

I’m grateful for this useful lesson