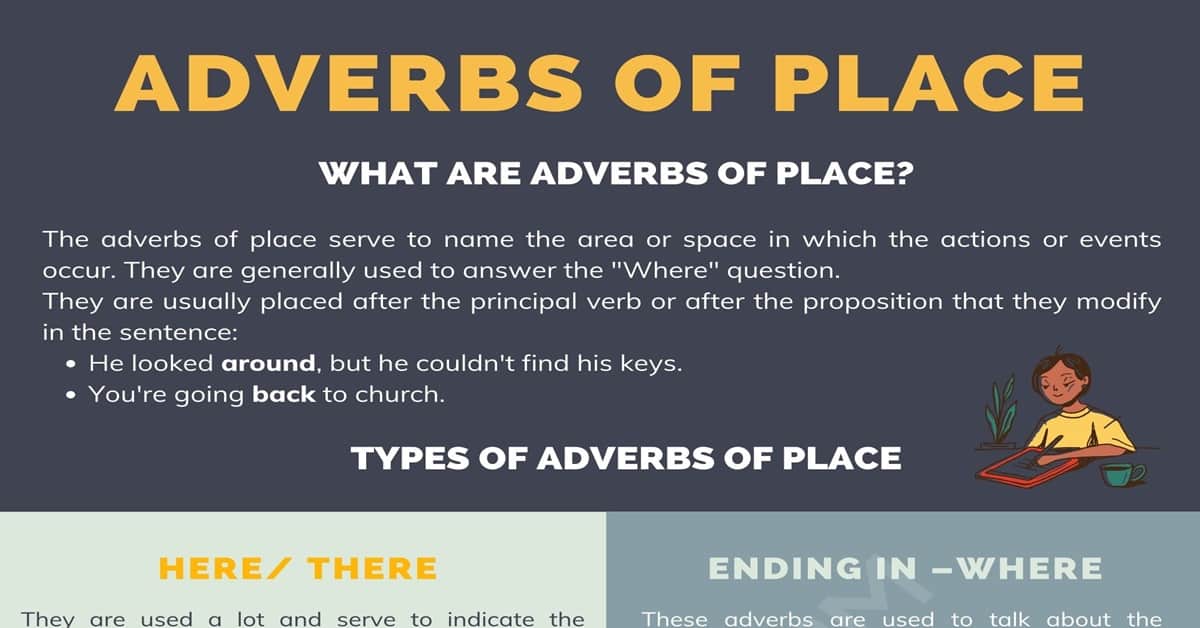 There are many adverbs of place in English, such as above and ahead, behind and beneath, downstairs and downtown, for example. Many of them look quite similar to each other, which can be misleading. Besides, other adverbs can also be used as prepositions, such as around or behind, making it even more complicated. Today we show you how to use these adverbs, and we propose some examples and a list of the most used.

What Are Adverbs of Place?

The adverbs of place serve to name the area or space in which the actions or events occur. They are generally used to answer the “Where” question.

They are usually placed after the principal verb or after the proposition that they modify in the sentence:

Types of Adverbs of Place

Although the list of adverbs of place is somewhat extensive, it is essential that you know some:

They are used a lot and serve to indicate the position of something concerning the speaker.

These adverbs are used to talk about the position of something without precisely specifying what that position is. The most common are: somewhere, anywhere, everywhere, and nowhere.

These adverbs are used to express movement towards a specific direction:

You must be careful to know how to differentiate some adverbs that can also function as prepositions in English. Let’s see some examples:

For each term, we see how the first sentence includes behind and around as adverbs, while in the second sentence, they function as a preposition.

To differentiate them, you must know if they are modifying the action or accompanying a name. For example:

In this sentence, around accompanies the noun “world.”

Most Common Adverbs of Place

In addition to the adverbs that we have already seen, the following are also widely used: 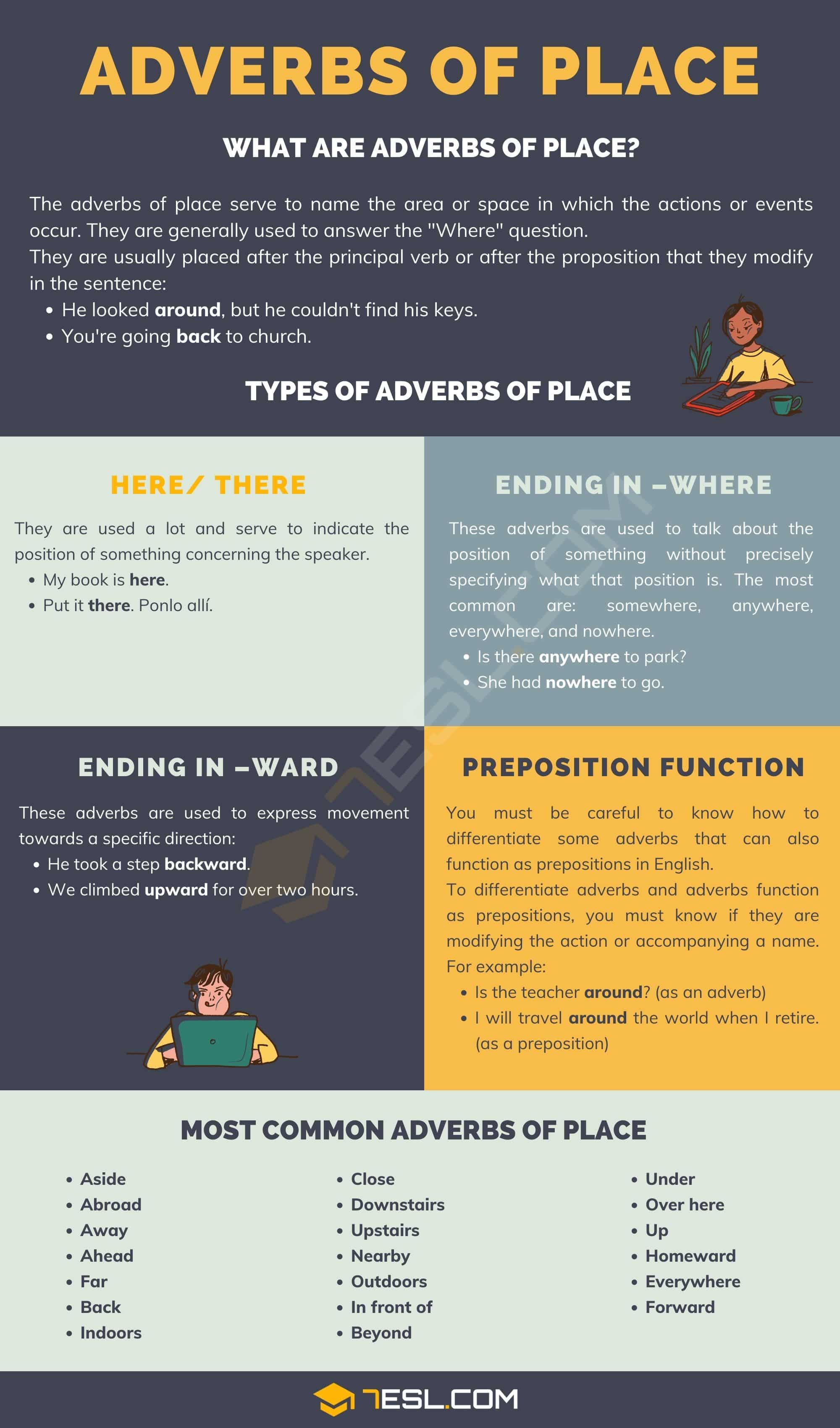