Home
Commonly Confused Words
ADVISOR vs ADVISER: When to Use Adviser vs Advisor in English
Prev Article Next Article
453Pinterest903FacebookLinkedInTwitter
1.3k
SHARES

Learn the difference between Advisor vs Adviser. As with the other commonly confused words, advisor and adviser are very similar to one another, but how do you use them right? Will you blame your adviser or your advisor for your failures? Most likely your advisor.

You’re used to it by now: these words mean the same thing, “a person who gives advice in a particular field”. The case that was made on among and amongst can also be made here: they can be used interchangeably, but the context may differ a little.

When to Use Advisor

ADVISOR is the preferred word in official titles, probably because it is the modern variant of the word.

When to Use Adviser

ADVISER is the older and more commonly used word. All major English publications always use adviser in their work.

Tips for the Difference between Adviser vs Advisor

As I said, there is no difference between the two, but if you want to conform to the spelling norm of titles just remember this: advisor looks like supervisor and they are both job titles.

How to Use Adviser vs Advisor in English | Picture 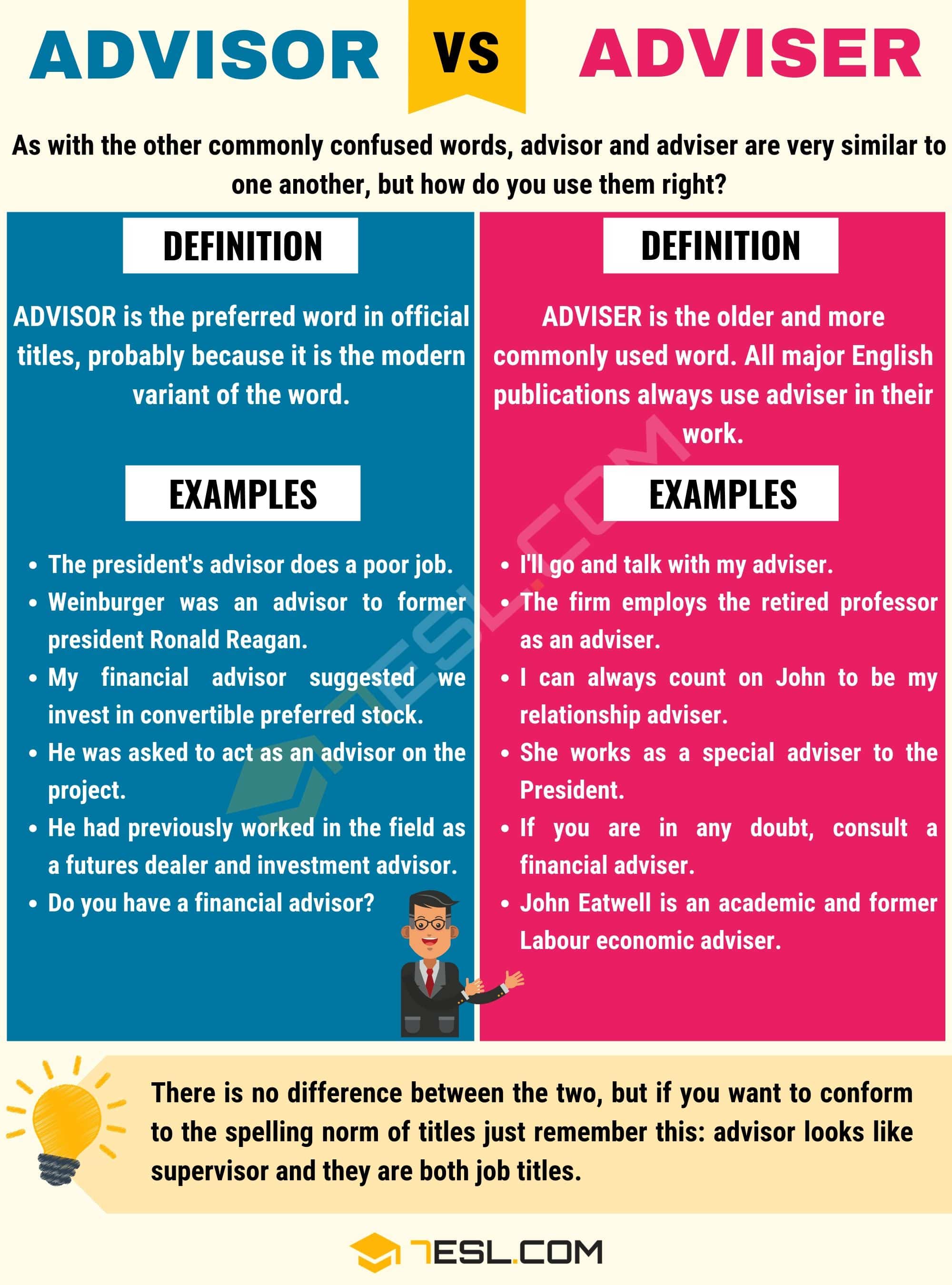 Advisor or Adviser: Difference between Advisor vs Adviser