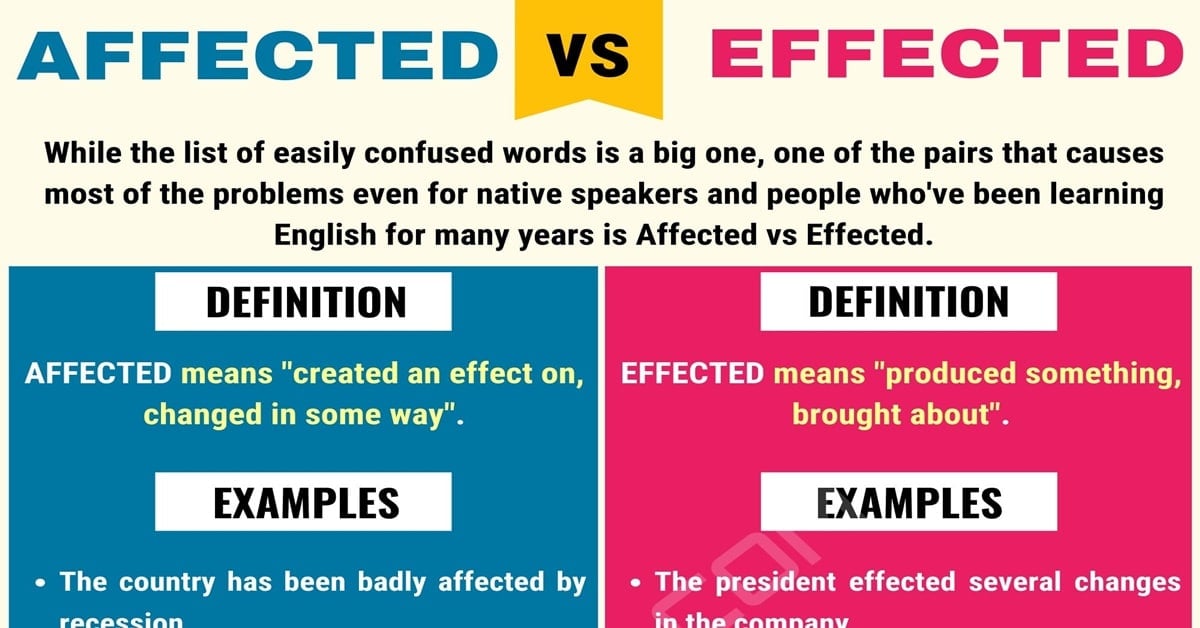 What is the difference between affected vs. effected? While the list of easily confused words is a big one, one of the pairs that causes most of the problems even for native speakers and people who’ve been learning English for many years is Affected vs Effected.

With these two verb forms having only one letter different and being pronounced almost exactly in the same way, it’s no wonder that it leads to confusion.

Learn more with the difference between Affect vs Effect.

When to Use Affected or Effected

Let’s say that a high school student has been playing videogames a lot lately, and this has significantly worsened his grades. Which is the right verb to use? Because the fact that he played videogames has changed his grades, the correct sentence will be, “The student’s video game playing has affected his academic performance”.

Look at a different example: let’s say that there is a financial crisis in a country. In order to solve the issue, the government has created some new laws. For the sake of the example, it doesn’t matter which laws these are. The only thing that matters is that in this case, we should use the verb “effected” because the government “produced” the laws. So, the sentence will be, “The government effected new laws to stop the financial crisis”.

There is a general rule that will help you remember which word needs to be used when. Things that already exist are affected. However, things that need to be created, that didn’t exist before, are usually effected.

Difference between Effected vs. Affected | Image

Affected or Effected: How to Use Affected vs Effected in Sentences