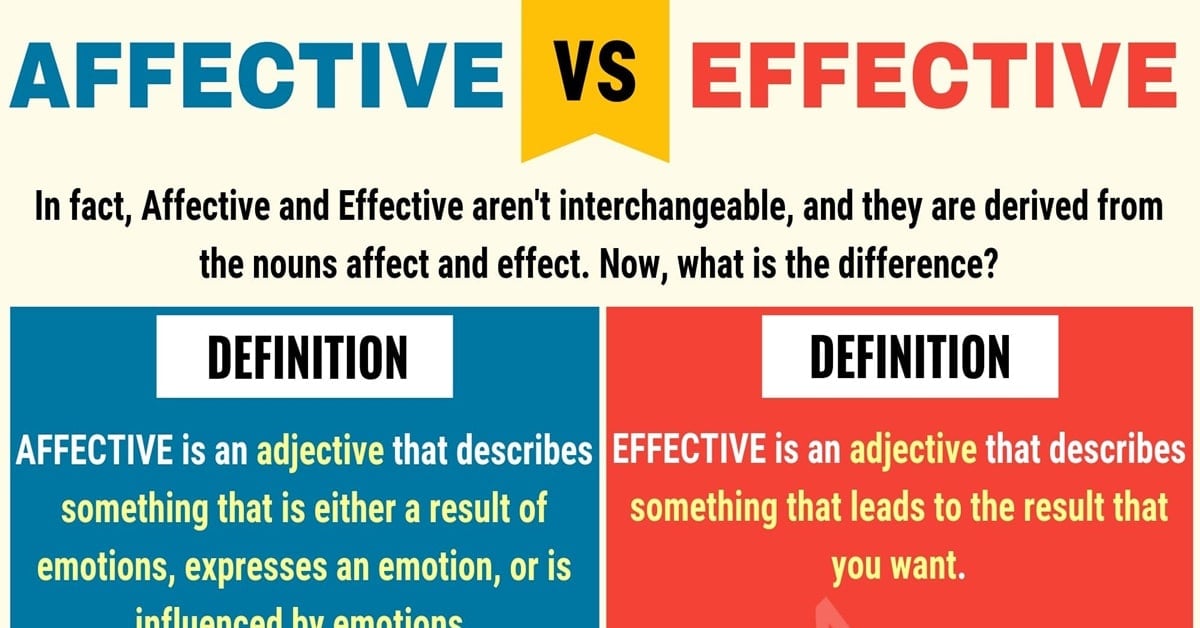 What is the difference between affective vs. effective? When you see two words that only differ by one letter, you might find yourself asking, are they synonyms? Can you use one instead of the other? When it comes to the Affective vs Effective pair, you might also be wondering whether these are formed from the verbs affect vs effect. However, answers to all of these questions are negative. In fact, Affective and Effective aren’t interchangeable, and they are derived from the nouns affect and effect. Now, what is the difference?

When to Use Affective vs. Effective

You can come across the term affective if you are reading a paper from the field of psychology. For example, you can read about affective disorders; these, such as depression or bipolar disorder, have to do with emotions. Or, you can use this word to describe something that is very emotional, that evokes feelings. For instance, if an opera that you went to see had a very touching story, you have the right to call it very affective.

As for effective, you can see this word in a variety of contexts. You can call a specific learning method that is used in the education system of your country effective because it has raised the students’ academic performance by 10 percent. One more example would be stating that a new law is effective immediately, meaning that it is in effect right now, without any delays.

The reason why there might be confusion between these two words is that it seems that affective comes from the verb affect which has a completely different meaning. However, if you remember that actually it comes from the noun affect and has to do with emotions, you won’t have any problems with using this word correctly in a sentence. 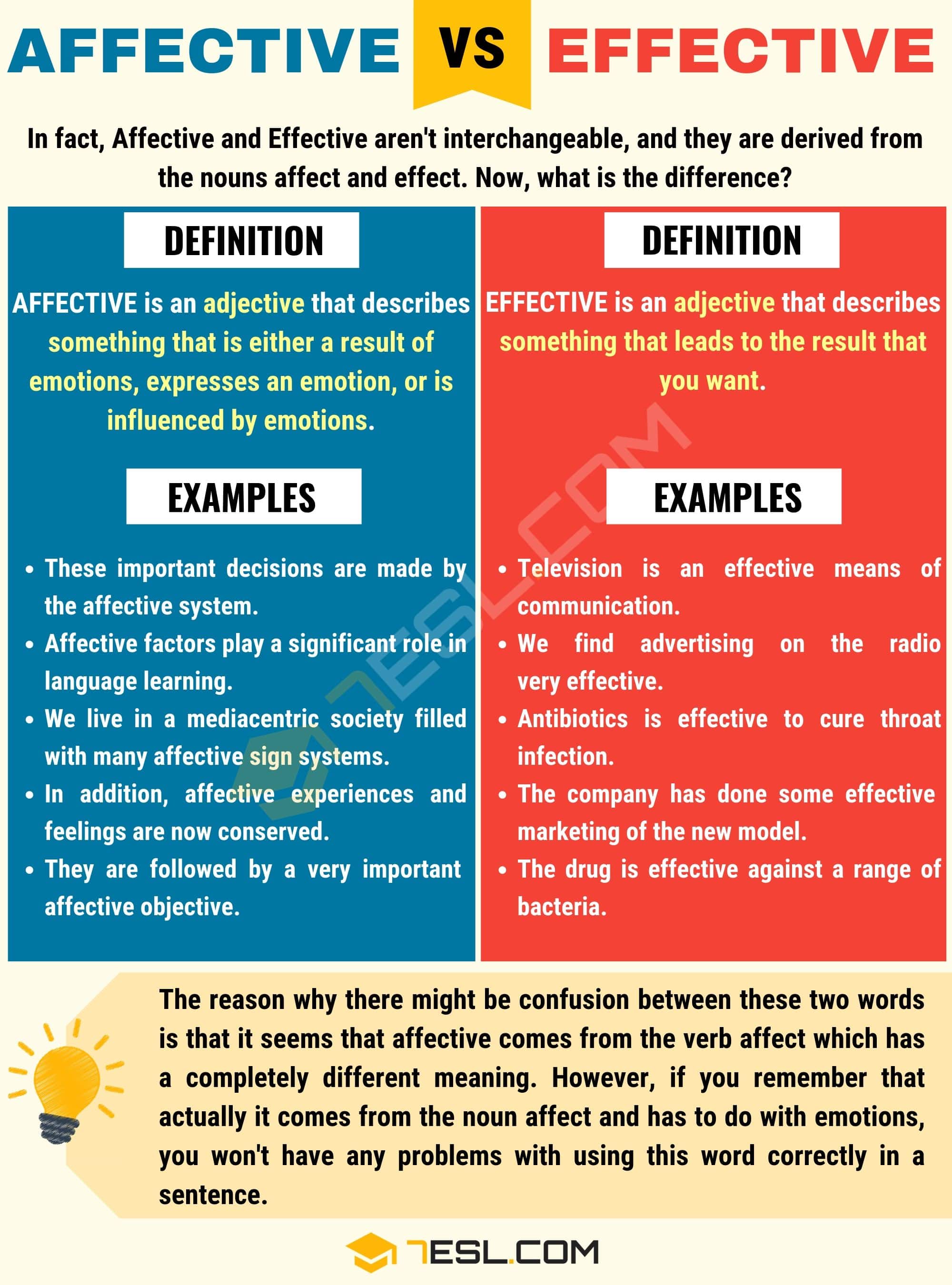 Difference between Effective vs Affective