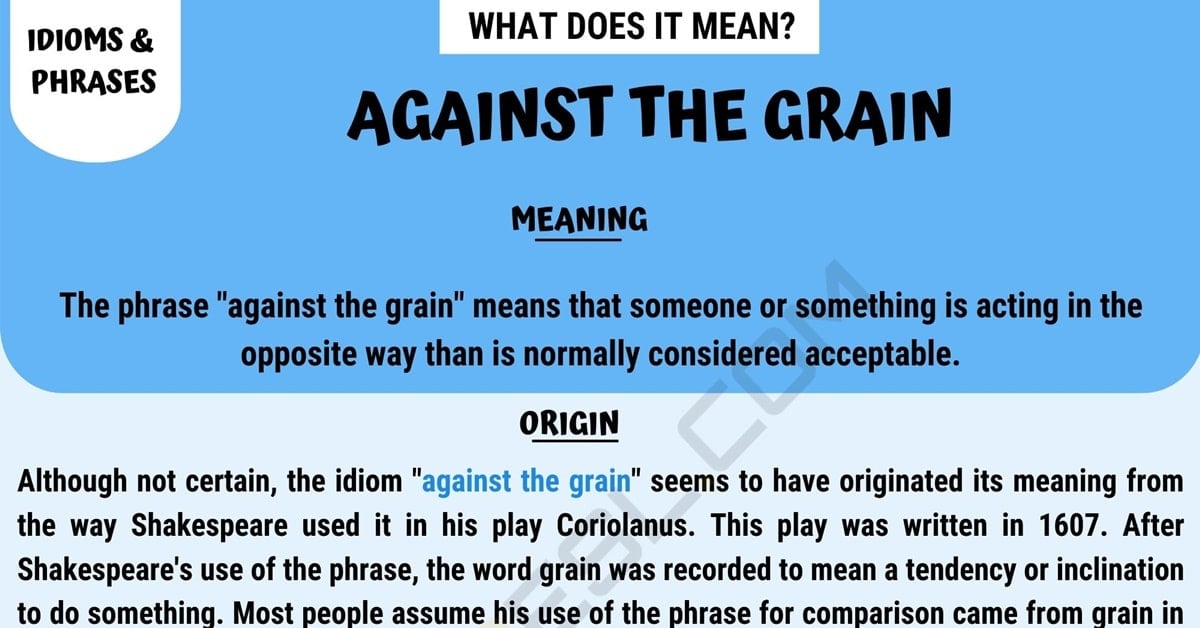 The phrase “against the grain” is a phrase that you may encounter frequently in everyday conversation and writing. Here you will find the meaning of this phrase and the information regarding its origin. You will also find some examples of how to properly use this phrase in conversations/statements and discover other ways to say this phrase while still conveying the same meaning.

Against The Grain Meaning

The phrase “against the grain” means that someone or something is acting in the opposite way than is normally considered acceptable.

Although not certain, the idiom “against the grain” seems to have originated its meaning from the way Shakespeare used it in his play Coriolanus. This play was written in 1607. After Shakespeare’s use of the phrase, the word grain was recorded to mean a tendency or inclination to do something. Most people assume his use of the phrase for comparison came from grain in wood which makes a rough surface if you go against it when planning the wood.

“Against The Grain” Examples

A statement made in the local paper by a politician running for office.

A statement made by a celebrity in an interview with a well-known entertainment magazine.

Other Ways to Say “Against The Grain”

Like all idiomatic phrases, there are many alternative ways to say the phrase “against the grain.” Some other ways to say this phrase include:

Against The Grain Meaning | Image 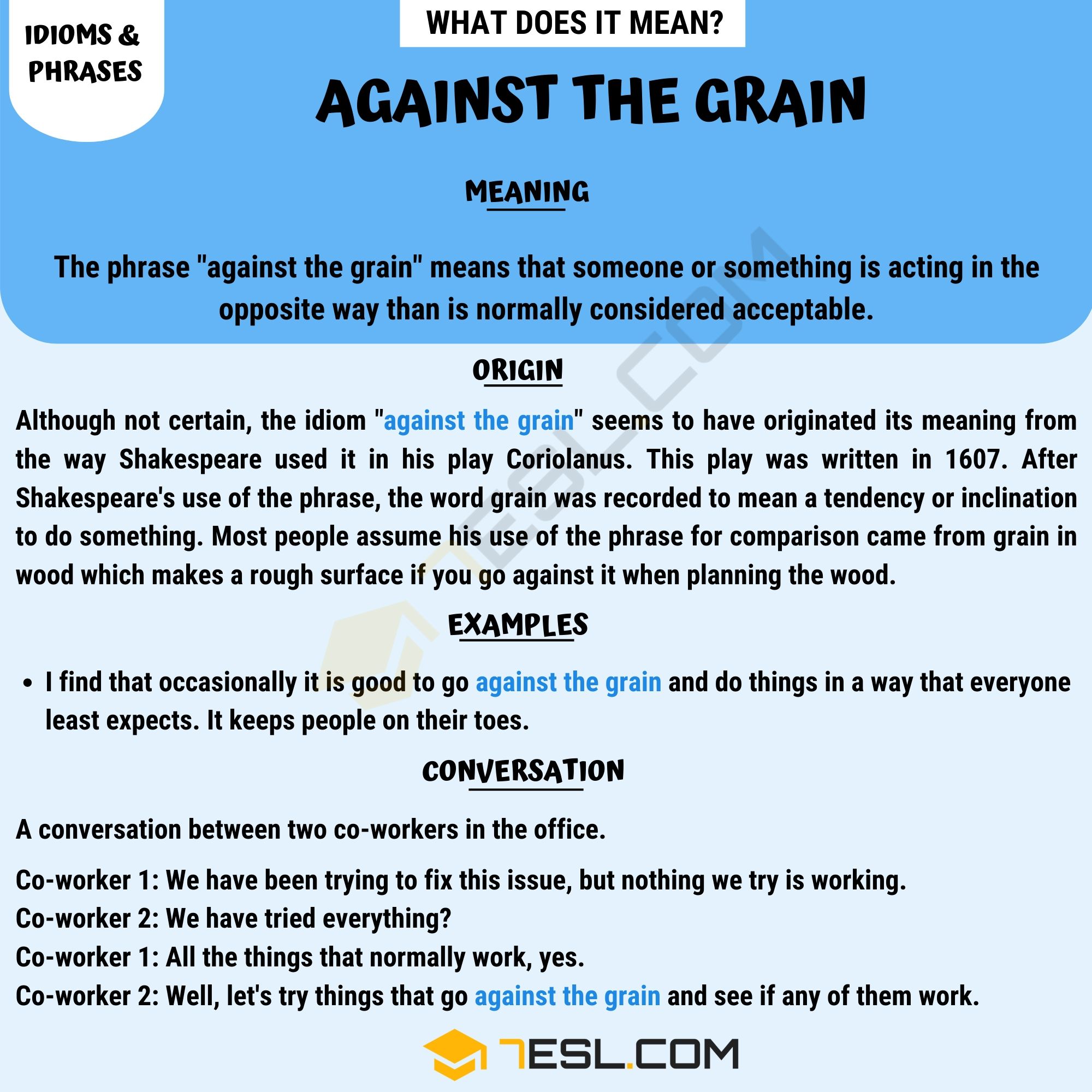