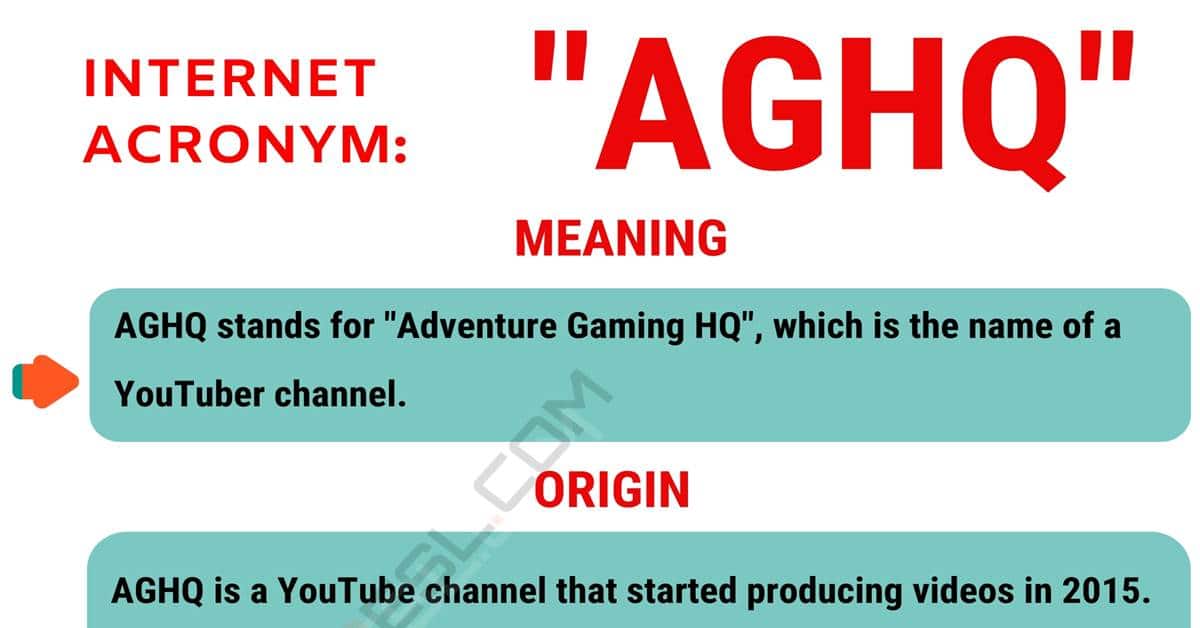 AGHQ Meaning! AGHQ  is a slang word for a semi-popular YouTuber. Learn the definition and how to use the internet slang word “AGHQ ” with ESL picture and useful text conversations in English.

AGHQ stands for “Adventure Gaming HQ”, which is the name of a YouTuber channel.

AGHQ is a YouTube channel that started producing videos in 2015. The content of these videos is entirely Minecraft related. Due to the popularity of Minecraft and YouTube channels dedicated to Minecraft, AGHQ has seen a steady stream of views with some videos reaching over a million or more views. It does appear Adventure Gaming isn’t as popular as it once was, even though the subscriber amount is over three hundred thousand.

There are no other recorded meanings for AGHQ.

Like all acronyms AGHQ can be spelled with all lowercase or capital letters. When fully spelled out, there is some variations on how to spell the name such as ” AdventureGamingHQ”, ” Adventure Gaming HQ”, and “Adventure Gaming Headquarters”. All three variants can be used interchangeably. 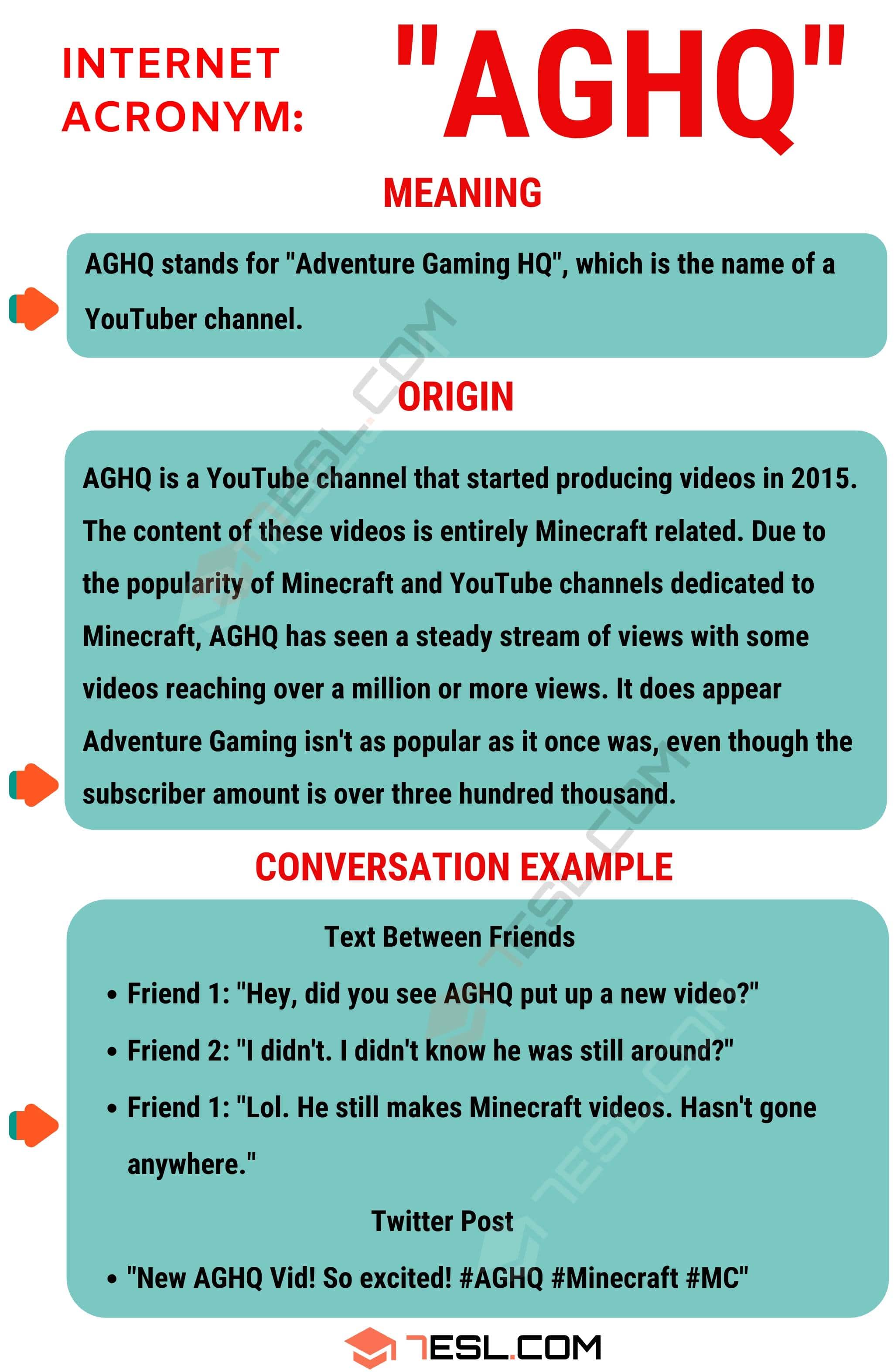