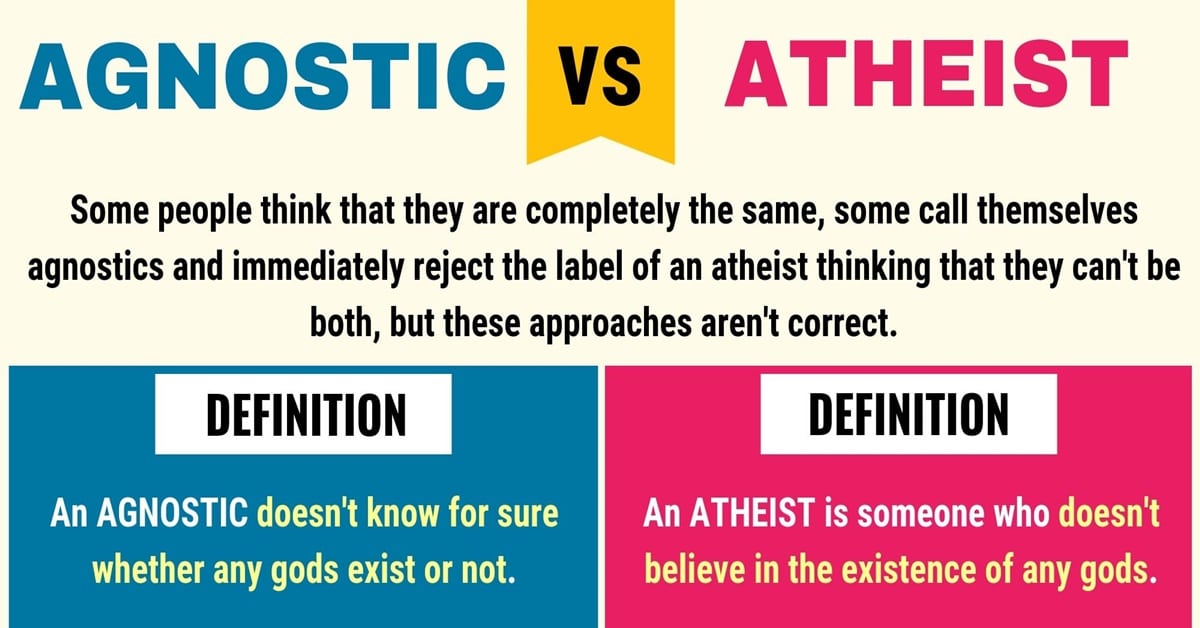 Agnostic vs. atheist! When it comes to faith, there are lots of questions and things that cause confusion. Leaving all of them aside, let’s look only at two words: atheist vs. agnostic. Some people think that they are completely the same, some call themselves agnostics and immediately reject the label of an atheist thinking that they can’t be both, but these approaches aren’t correct. Read on to fully understand all of the key differences between an atheist and an agnostic.

An ATHEIST is someone who doesn’t believe in the existence of any gods. An AGNOSTIC, on the other hand, doesn’t know for sure whether any gods exist or not. It’s interesting that someone can be both atheist and agnostic, or theist and agnostic.

Do you know for sure that any gods actually exist? If you answer positively, you are a theist. Do you know for sure that gods don’t or even can’t exist? If your answer is yes, then you are an atheist. If you struggle to answer these questions with confidence, this makes you an agnostic. The only issue left is whether you are an agnostic atheist or theist because you can be either of them.

An agnostic atheist doesn’t believe that any gods exist, while an agnostic theist believes that at least one god exists. However, neither of them claim to have the knowledge to support their faith. They are agnostic because they still have some questions and would like to have more information, so they choose either to believe or not to but can’t explain their choice with logic. Because faith is so different from direct knowledge, many people don’t declare that they have all the answers and simply believe or don’t.

Therefore, an agnostic isn’t someone in the middle between atheists and theists. These aren’t people who somehow found a more comfortable, alternative third option, instead of strictly believing or not believing. Thinking that knowledge and faith exclude one another is false because in many cases, the lack of faith is explained with the lack of knowledge.

To sum up, there is no “Agnostic and Atheist”. An atheist doesn’t believe, an agnostic doesn’t know, but it doesn’t mean that these can’t be the same person.

Difference between Atheist vs. Agnostic | Image 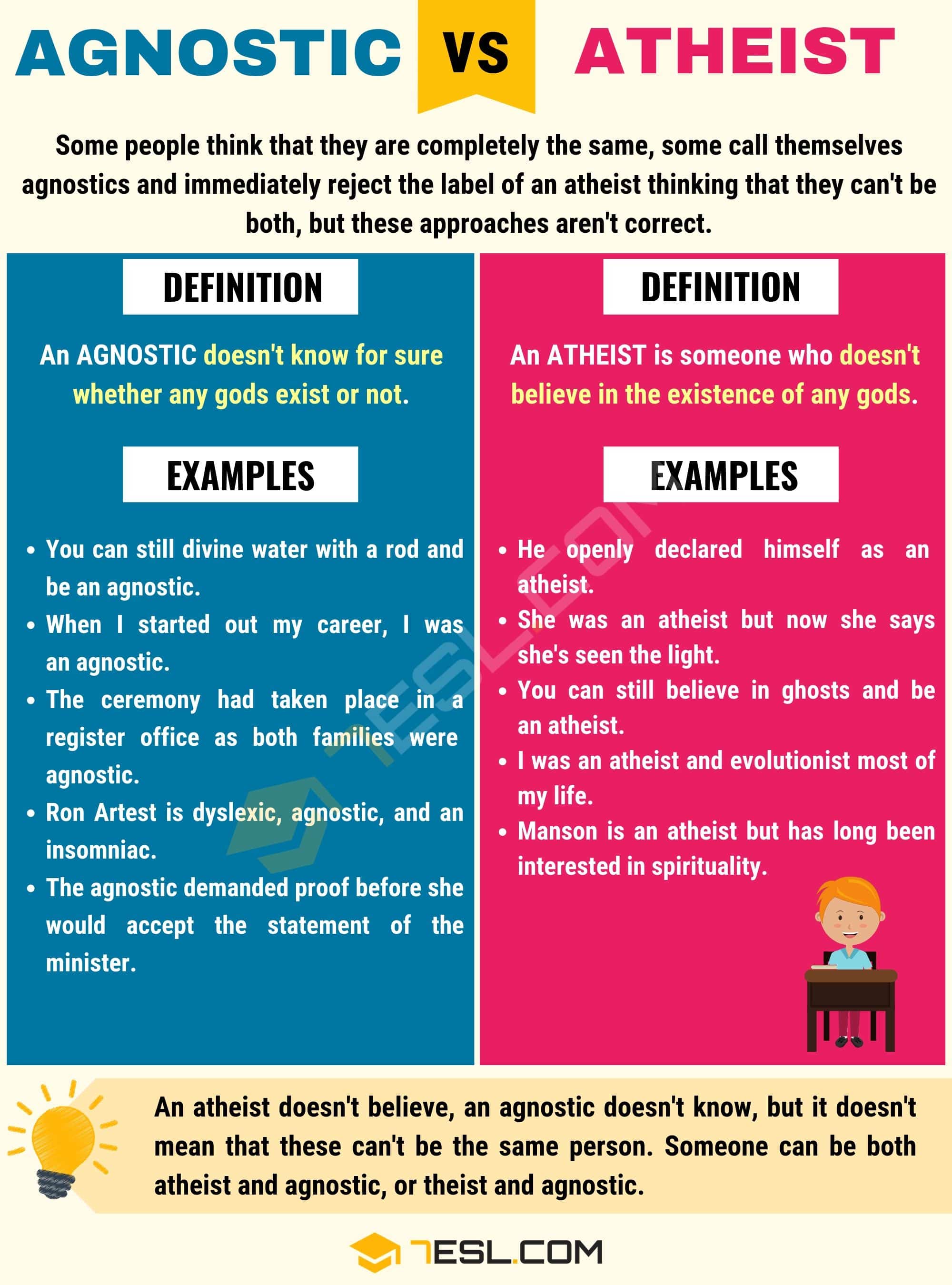 This is wrong.
Agnostic is degree of certainty (Adjective).
Atheist is a person who does not believe (Noun).
If you are unsure of your position, and don’t believe, you are an agnostic atheist.
If you believe, but question it, you are an agnostic theist.
Please don’t write articles on subjected you don’t understand,it just confuses people.