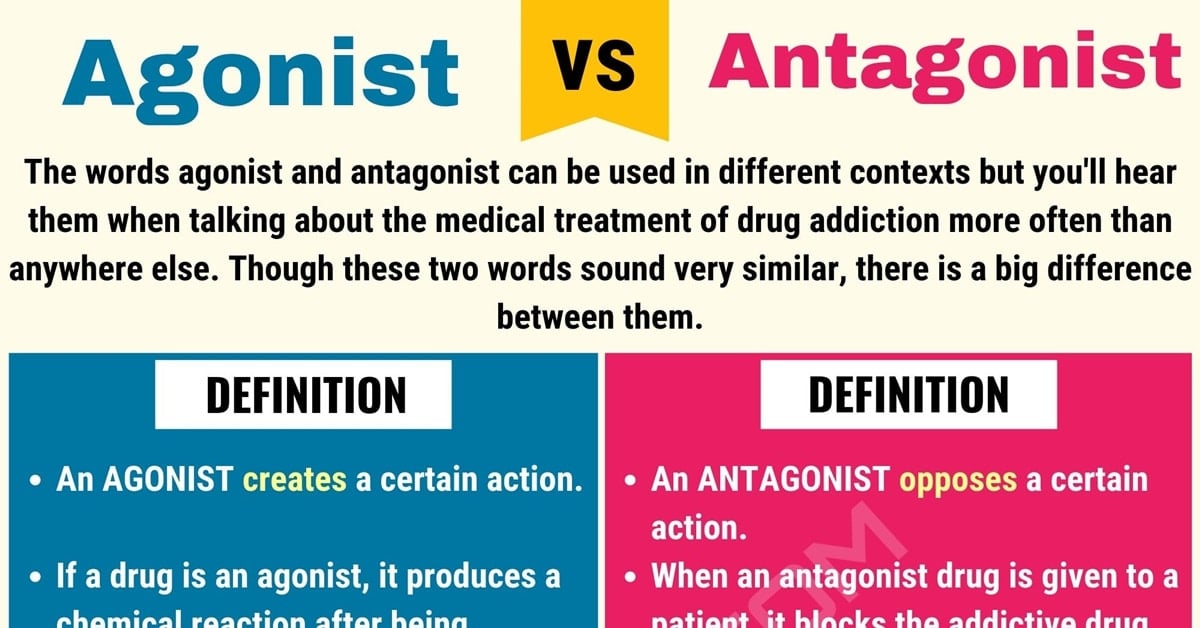 Agonist vs. antagonist! The words agonist and antagonist can be used in different contexts but you’ll hear them when talking about the medical treatment of drug addiction more often than anywhere else. Though these two words sound very similar, there is a big difference between them. If you know this difference, you’ll be able to participate in conversations and read works about this topic with more confidence.

If a drug is an agonist, it produces a chemical reaction after being attached to the receptors of the brain. When a physician prescribes agonist therapy to a patient, he gives him drugs that attach themselves to the same receptors that the drug that the patient is addicted to are attached to. The agonist drug “pretends” to be addictive by creating a similar feeling for the patient. This type of therapy makes the withdrawal process less painful, reduces cravings and lets addicts recover fully faster. However, during the therapy, patients can develop tolerance towards agonist drugs, so they simply can stop working in the middle of the treatment.

On the other hand, when an antagonist drug is given to a patient, it blocks the addictive drug from activating the receptors of the brain. Many physicians prefer antagonist therapy because a patient can’t get addicted or develop a tolerance towards these drugs. Nevertheless, a patient who takes antagonist drugs still has cravings for the substance they’ve been addicted to. If they don’t take the prescribed dose of an antagonist drug in time, there’s a high risk that they will relapse and overdose.

An example of an agonist drug is methadone, while naltrexone is an antagonist drug. Both of them are used to treat opioid addiction. 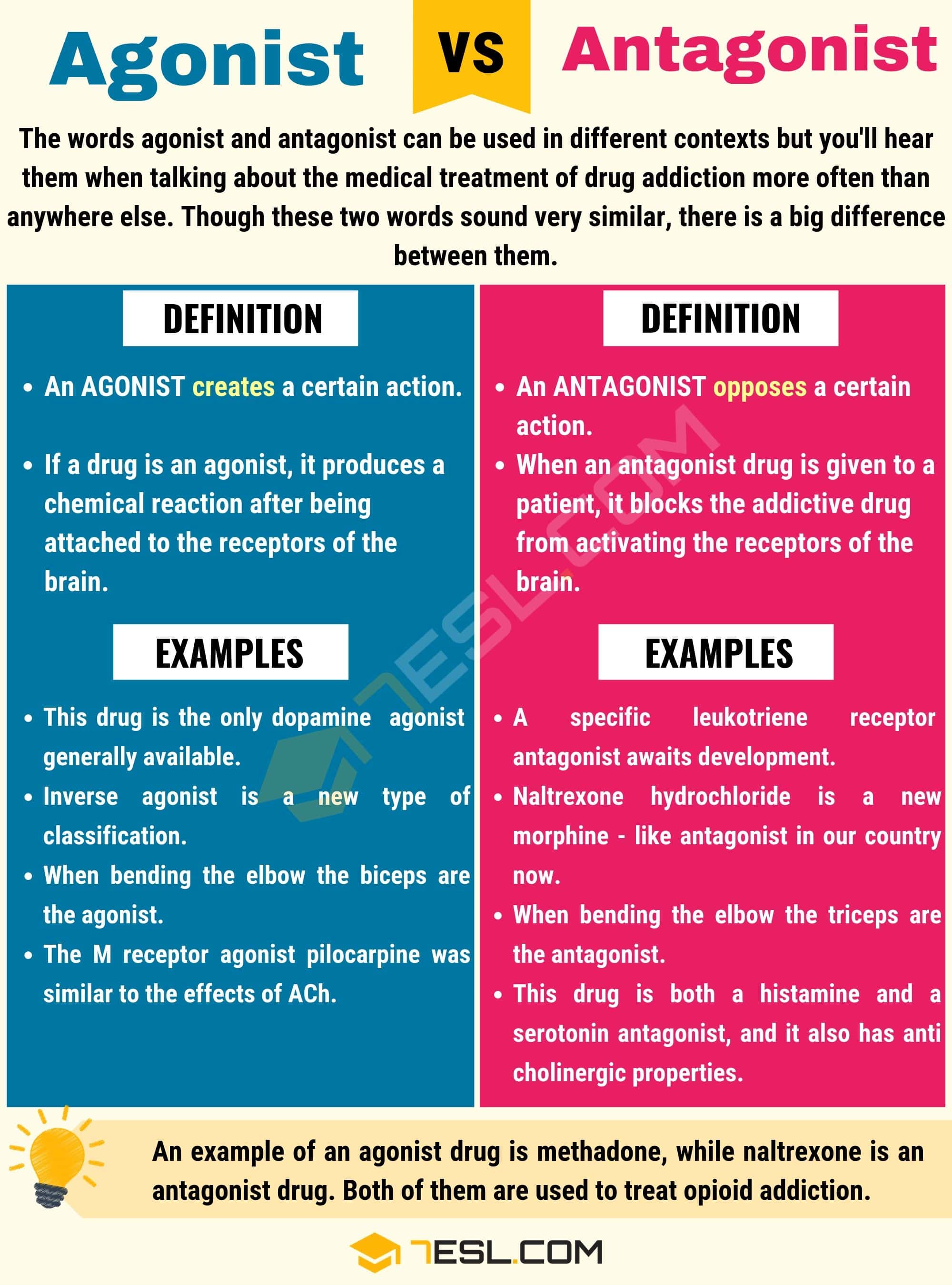 I am just a random patient with no medical training, so I am trying to understand this. So I am sorry if this is a stupid question! I am confused though because, in order for a drug to oppose a certain action, doesn’t it also simultaneously cause an action? Like, aren’t all antagonists also agonists? I only really know anything about histamine receptors because I have very severe allergies, but I know that an antihistamine can only block a histamine receptor by being similar enough to histamine that it fits into the receptor. Cetirizine has similar effects as histamine itself… Read more »

And I just don’t think it’s true that you hear these words most often in the context of addiction. These principles are the basis of all different kinds of drugs.

As far as I know agonists mimic the natural ligand whereas antagonists oppose the natural ligand. I think your query meant that if antagonists are causing a simultaneous action then why doesn’t it same as agonists. But, in real antagonists cause reaction, it’s just they either block the natural ligand or they can bind to an allosteric site that causes the conformational change of the ligand. Antihistamine also would be working like that only I guess.
I hope this answers your query. Or you can correct me if I’m wrong anywhere.