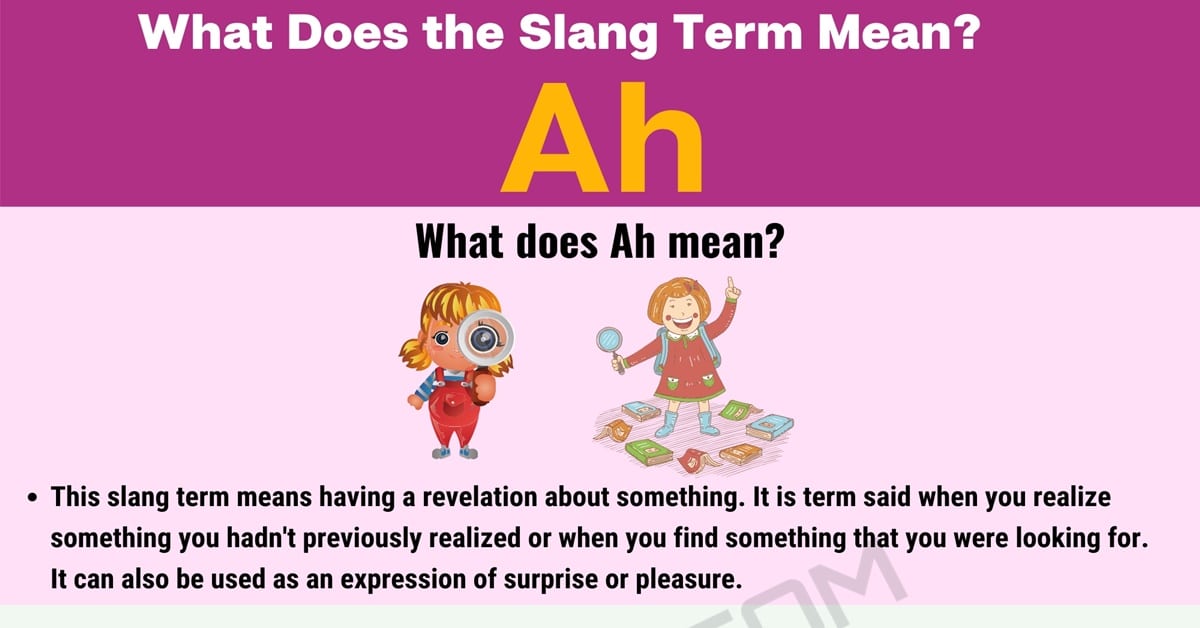 The term “ah” is used quite frequently in both online conversations and in real life when speaking face-to-face. Here you will find the meaning of this term, the information that can be found regarding its origin, and some alternative meanings.

You will also see some conversation examples showing this slang term properly used in context in hopes that it will help you to gain a deeper understanding of its meaning. Finally, you will discover some alternative words and phrases that are considered synonyms for the original term and can be used interchangeably without changing the meaning.

What Does “Ah” Mean?

This slang term means having a revelation about something. It is a term said when you realize something you hadn’t previously realized or when you find something that you were looking for. It can also be used as an expression of surprise or pleasure.

This term originated from Old French and Middle English. However, when the term was first used is unknown.

There are several other words or phrases that you can use in place of this term, Some of them include: 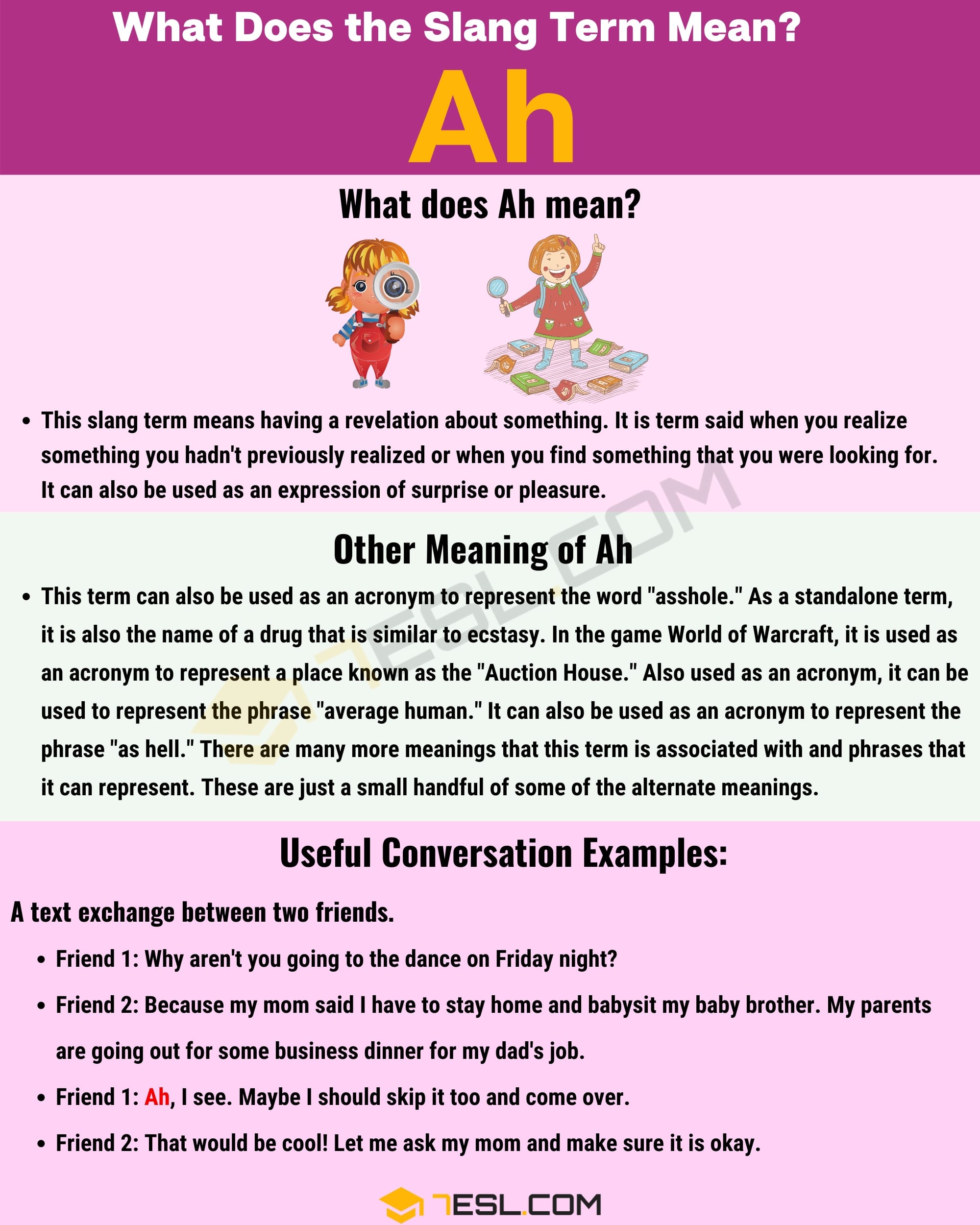