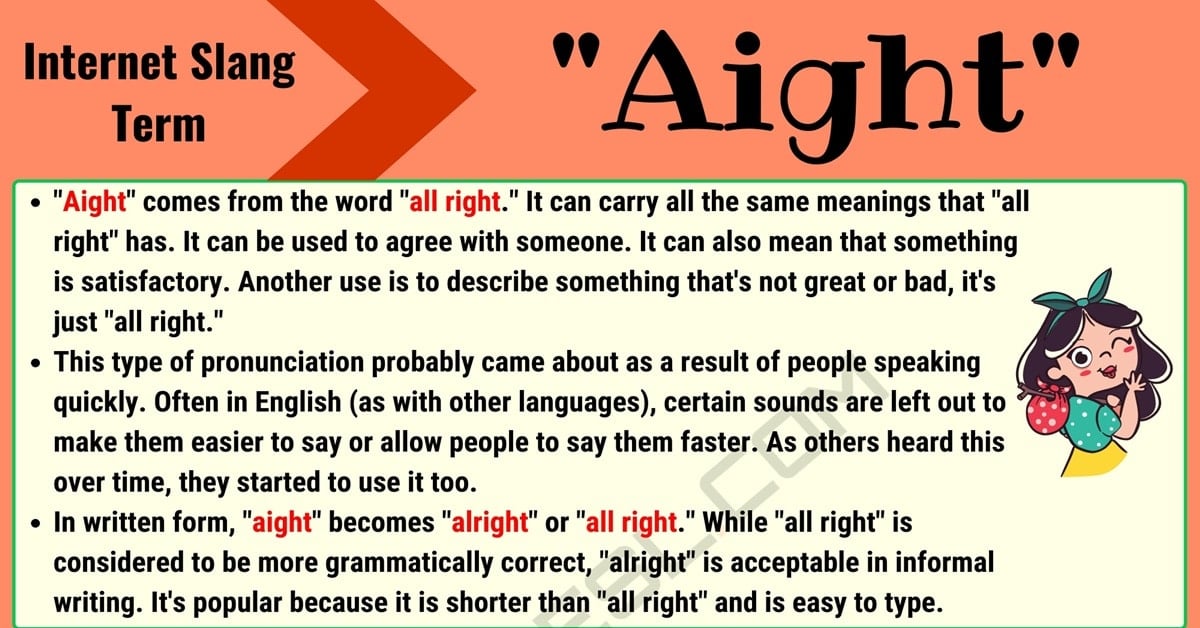 Are you searching for the meaning of Aight? Learn the definition and how to use this internet slang word with ESL picture and useful text conversations in English. The word “aight” has been in use for quite some time now. It can be heard in everyday conversations, music, and can also be used in online communication.

What Does Aight Mean?

“Aight” comes from the word “all right.” It can carry all the same meanings that “all right” has. It can be used to agree with someone. It can also mean that something is satisfactory. Another use is to describe something that’s not great or bad, it’s just “all right.”

This type of pronunciation probably came about as a result of people speaking quickly. Often in English (as with other languages), certain sounds are left out to make them easier to say or allow people to say them faster. As others heard this over time, they started to use it too.

In written form, “aight” becomes “alright” or “all right.” While “all right” is considered to be more grammatically correct, “alright” is acceptable in informal writing. It’s popular because it is shorter than “all right” and is easy to type.

This phrase is thought to have come from the southern part of the USA. Later, it was made popular by black and hip-hop culture. The use of “aight” can be heard in lots of modern media such as television shows, movies, and music.

Although “aight” is not offensive, it should not be used in very professional situations. The use of the word may come off as disrespectful or can make the user look uneducated. It’s best used in informal situations or with friends. Unless you are in a part of the world where everyone speaks this way, it may seem like someone who uses “aight” is trying to be “cool” and not really taking the situation seriously.

Here are some examples of how people use “aight.”

Example 1 shows a short conversation between two friends. Their mutual friend, Z, wants to meet up with them later. After hearing the time of the meeting, Friend 2 uses “aight” to show that the time is good for him. In other words, it is a satisfactory time to meet.

In example 2, we have two co-workers that are discussing the training they had earlier that day. When asked about the quality of the training session, co-worker 2 says it was “aight.” In this situation, it means that the training was good, but not great.

Here are some words similar to aight: 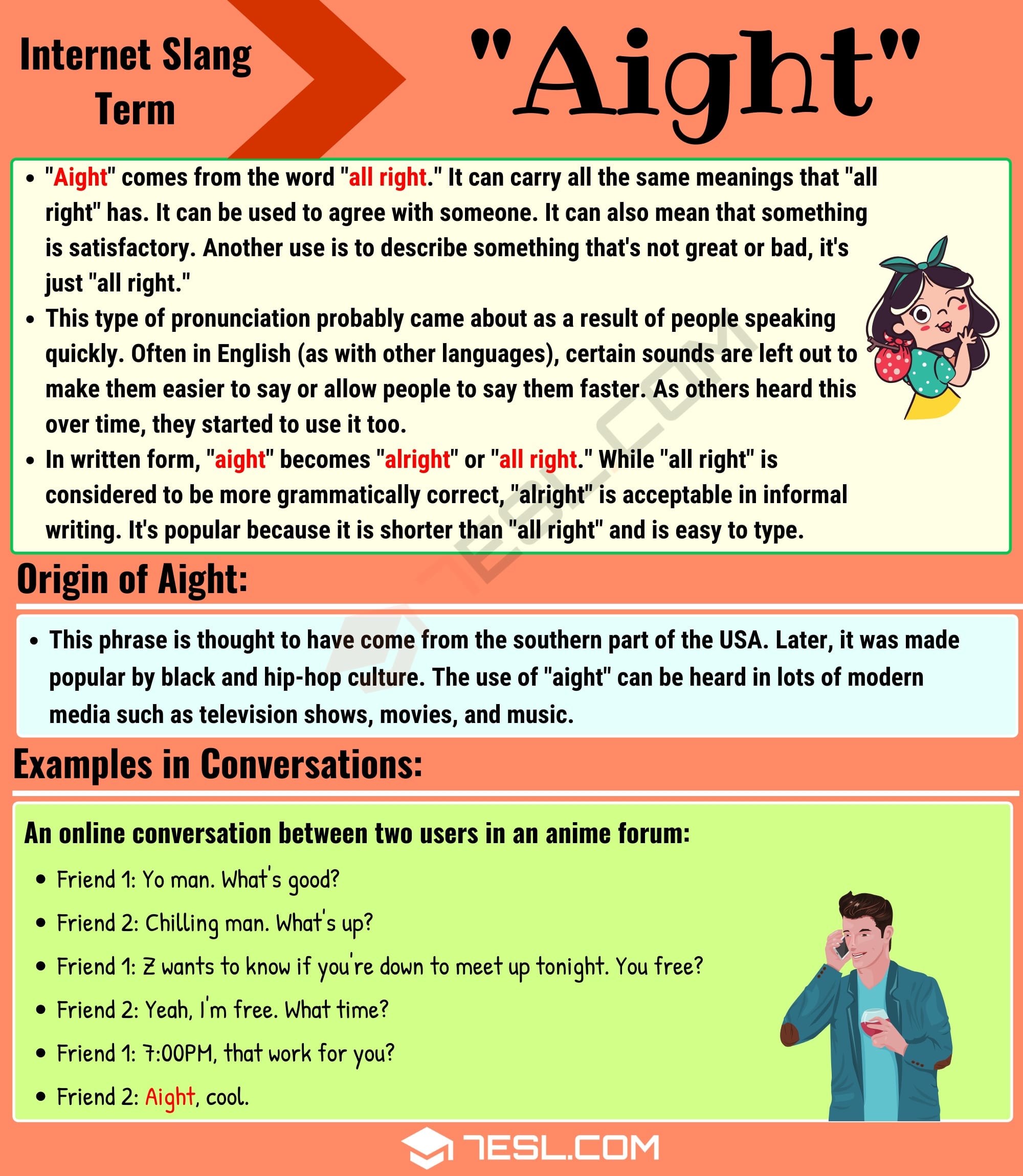