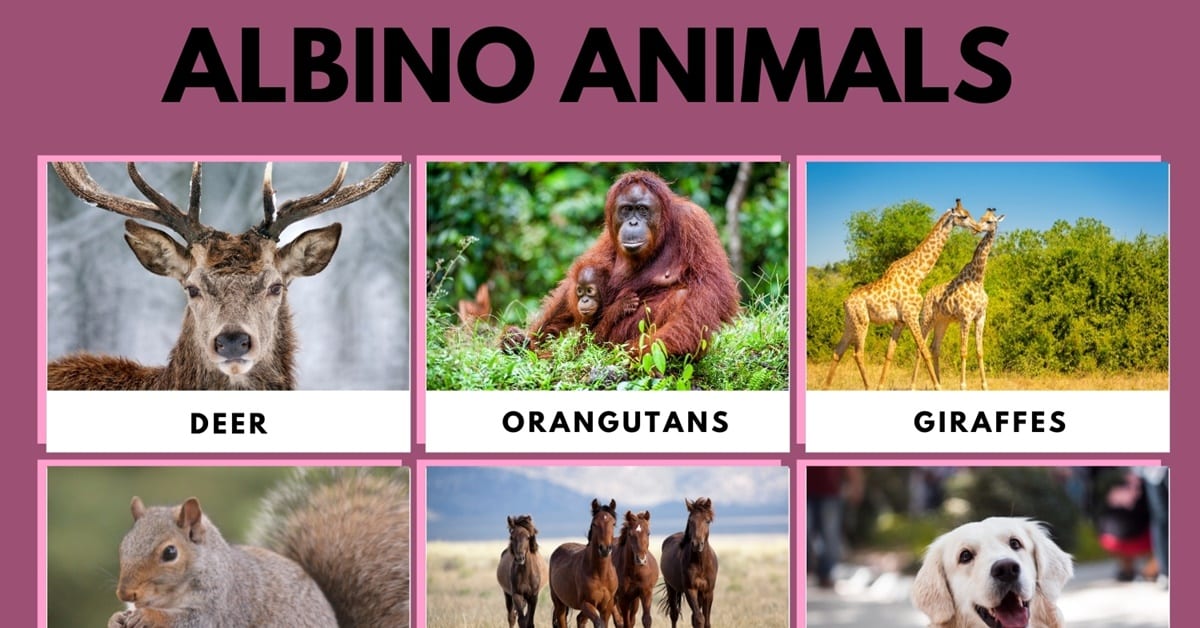 What are albino animals? There would be few sights more unusual to see than a white orangutan, or perhaps a white elephant because you just wouldn’t expect to see them in that colour. But these animals are the rare phenomenon that are known as being albino animals. In fact, they are so unusual that there are many tales in folklore of these strange white animals being omens of good luck and fertility.

What are Albino Animals

Albino animals are the opposite of melanistic animals, which are black, and are animals that have either produced too little melanin or none at all. Melanin is the pigment that affects the skin, hair, and eyes. The lack of melanin produces an animal that has a white coat and pink skin and eyes. Often, albino animals appear to be pink because of the pink skin underneath the white hair. The pink colour, particularly in the eyes is from the blood vessels that are showing as they are close to the surface of the skin.

While it is possible for albinism to occur in most species, not every white animal is an albino and only those that have pink eyes are true albinos. White colouring can occur in some animals simply because they have the right colour genetics to cause the white coat.

Compared to the rarity of melanism in animals that live in the water, albinism has been recorded in several different species of whales and dolphins and is also found quite frequently in fish.

There are a number of animals that can be albino and some of them are: 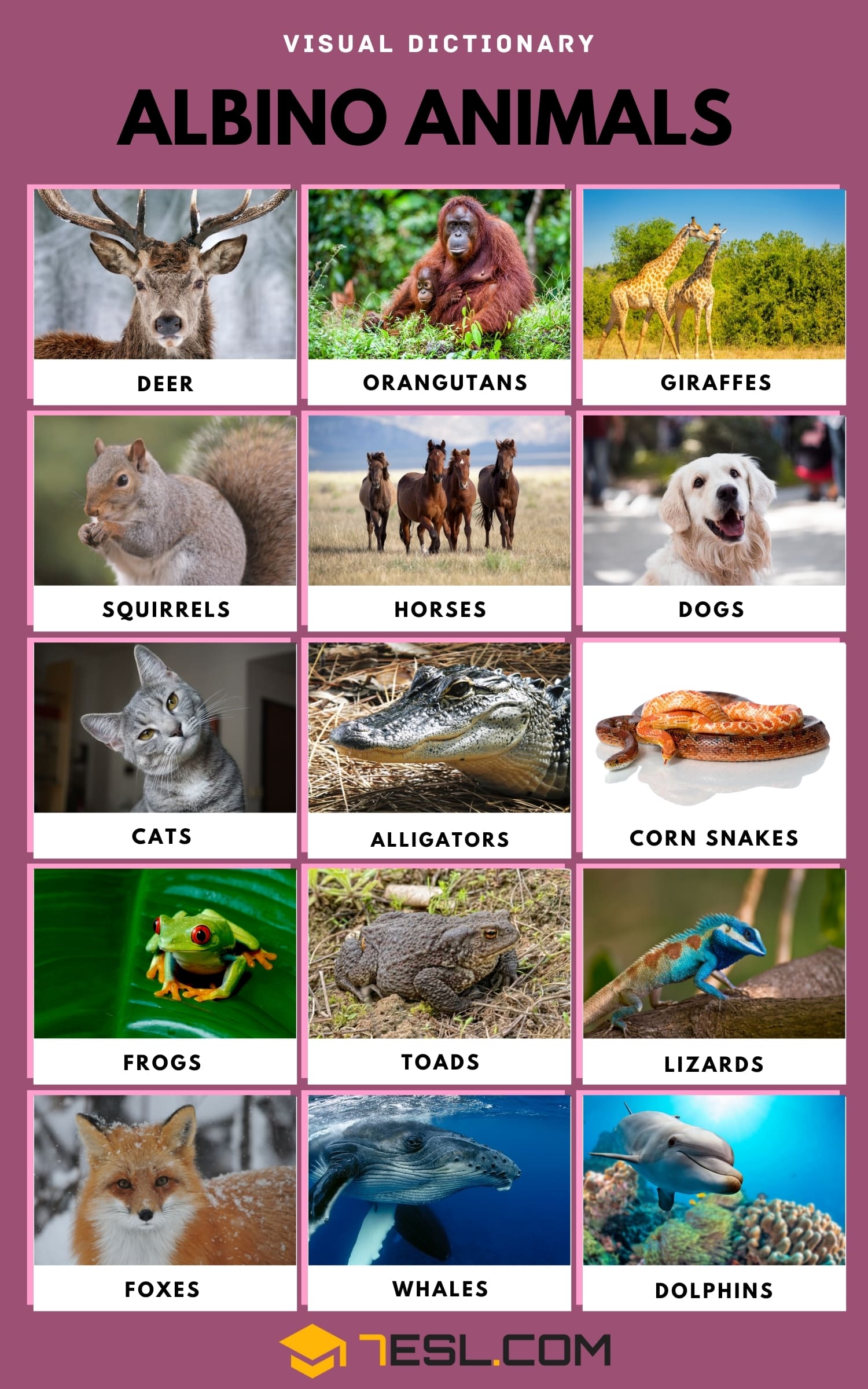