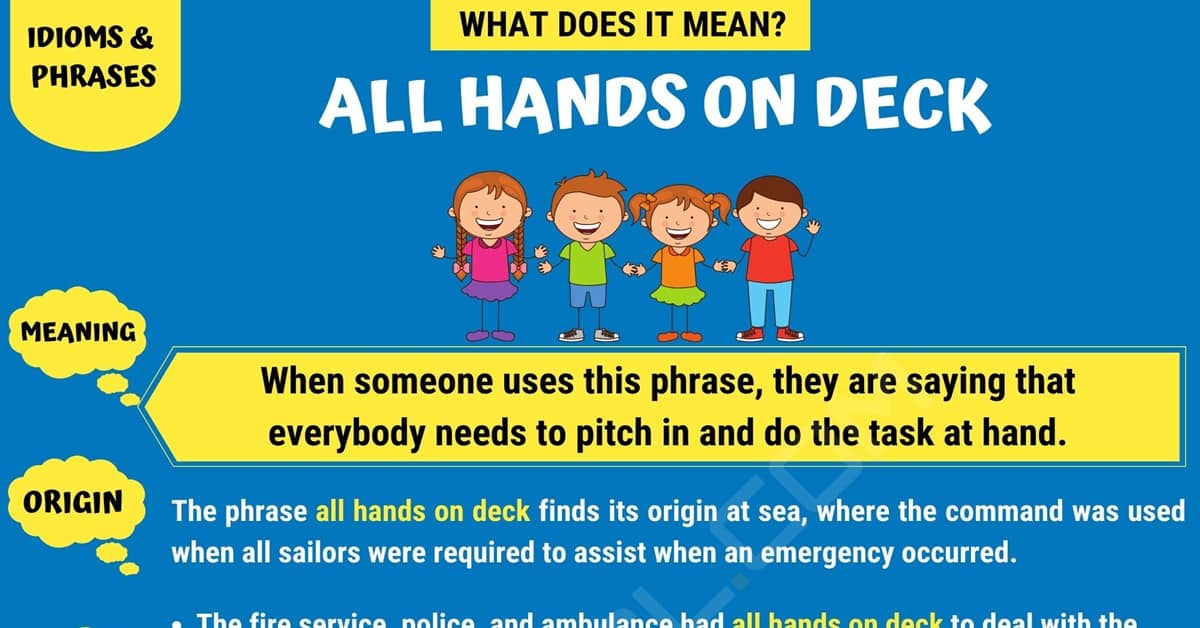 All hands on deck might be a term which is heard often within English conversation, but what does this idiomatic expression mean? In this article, we are going to take a look at not only the meaning of this term but also where it first came from. We will also view some examples of the term being used in a conversation.

All Hands on Deck

All Hands on Deck Meaning

When someone uses this phrase, they are saying that everybody needs to pitch in and do the task at hand.

The phrase all hands on deck finds its origin at sea, where the command was used when all sailors were required to assist when an emergency occurred.

“All Hands on Deck” Examples

Let’s now take a look at some examples of how the term might work in a sentence.

The first statement is being made in a news report about a fire.

The next example sentence is one being said by a mother to her children.

The phrase may be heard in many conversations, we will now take a look at some examples of things you might hear.

The first conversation is taking place in an office.

The next conversation is happening in a school.

There are other ways in which you might say the term, let’s take a look at some things you could say in its place which carry the same meaning.

All Hands on Deck Meaning | Picture 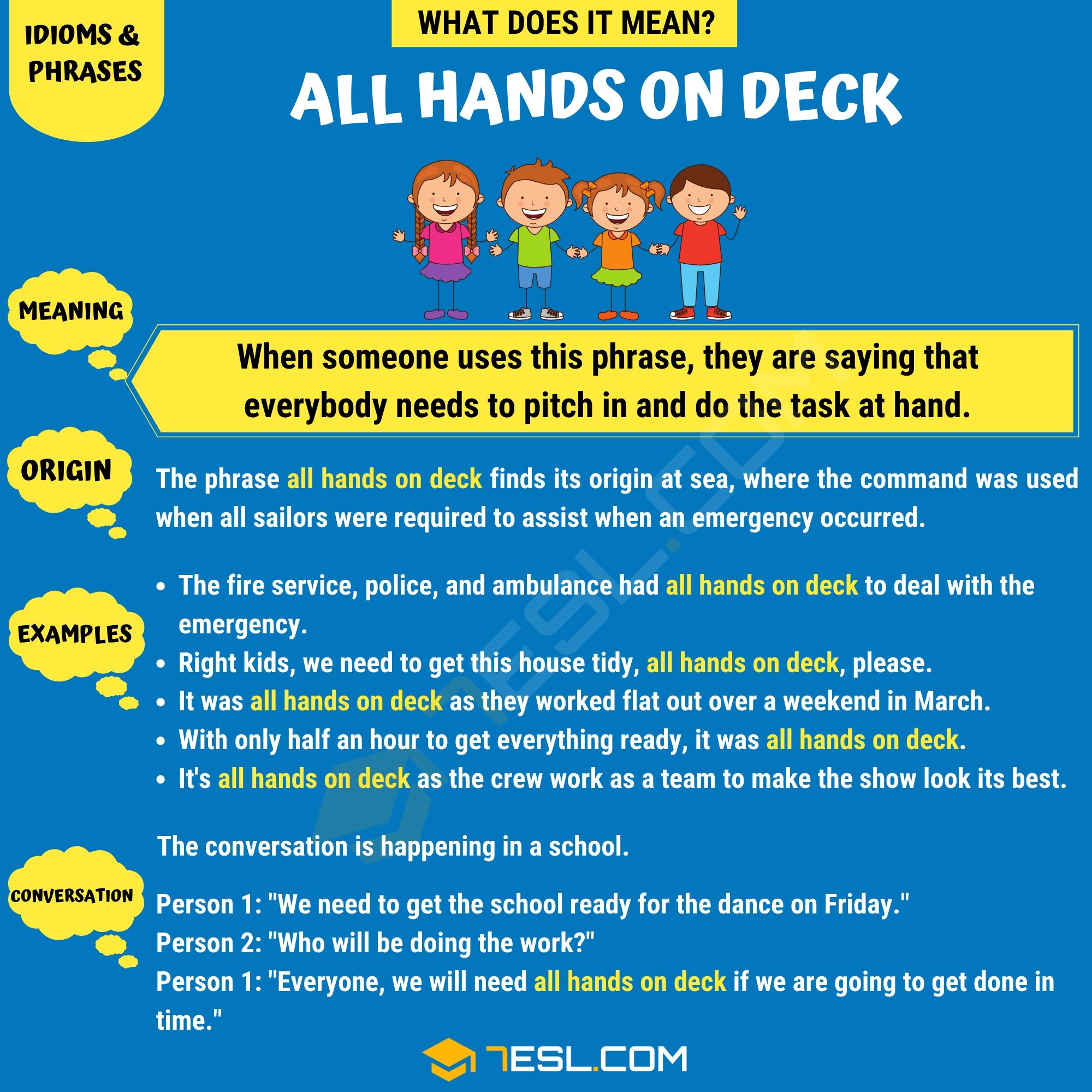