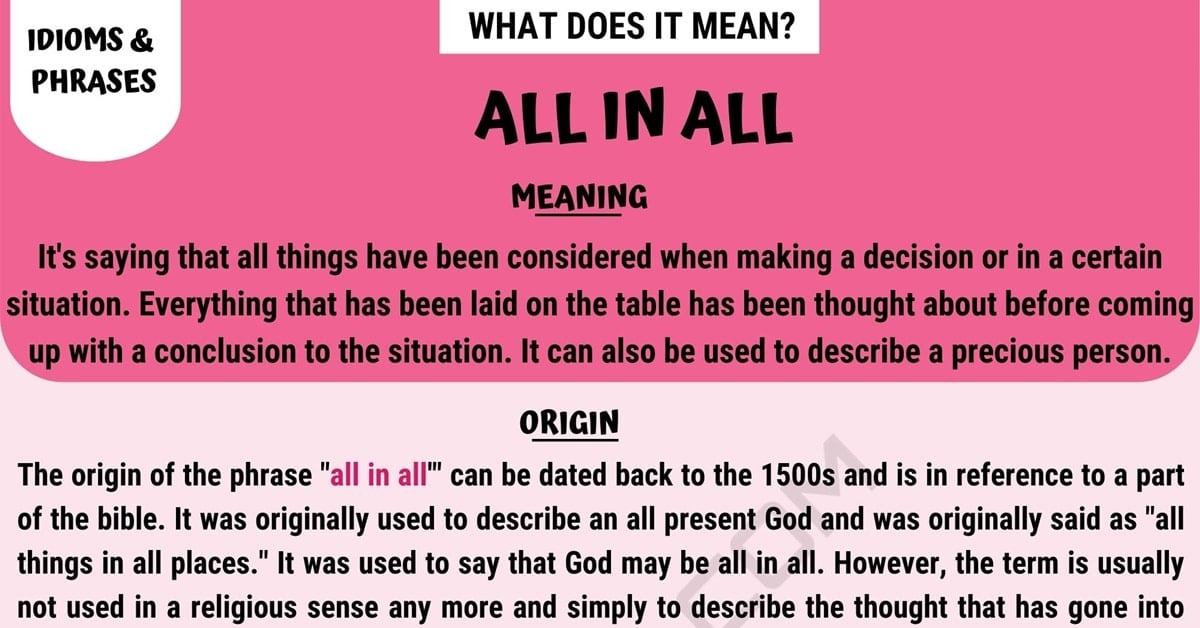 “All in all” is a term which is often used in spoken and written language. It is something which you have likely heard many times and perhaps even wondered where the saying came from.

All in All Meaning

The meaning of the phrase “all in all” is a very simple one. It is saying that all things have been considered when making a decision or in a certain situation. Everything that has been laid on the table has been thought about before coming up with a conclusion to the situation. It can also be used to describe a precious person.

The origin of the phrase “all in all'” can be dated back to the 1500s and is in reference to a part of the bible. It was originally used to describe an all present God and was originally said as “all things in all places.” It was used to say that God may be all in all. However, the term is usually not used in a religious sense any more and simply to describe the thought that has gone into many aspects of a situation before concluding.

“All in All” Examples

The term all in all can be used when in a business meeting, after discussing various topics and hearing various opinions, you might use the term in a sentence such as “all in all, we have decided that it is best to sell our products online as well as in store.”

Using the term in the sense of someone or something who is precious to you, you might say “I could not live without you, you are my all in all.”

Other Ways to Say “All in All”

There are, of course other ways you can say the phrase all in all but still express the same meaning, some of these ways could be:

All in All Meaning | Picture 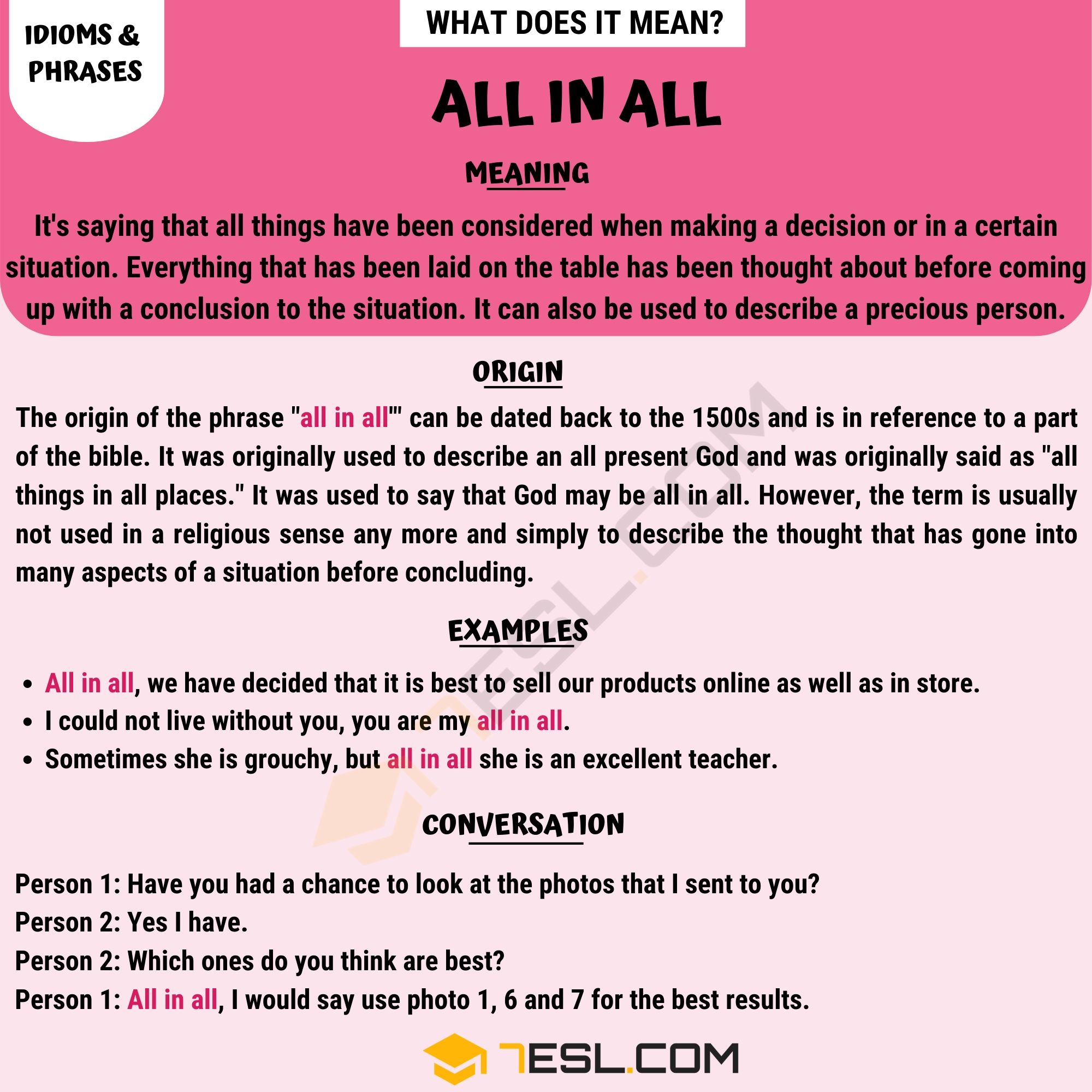