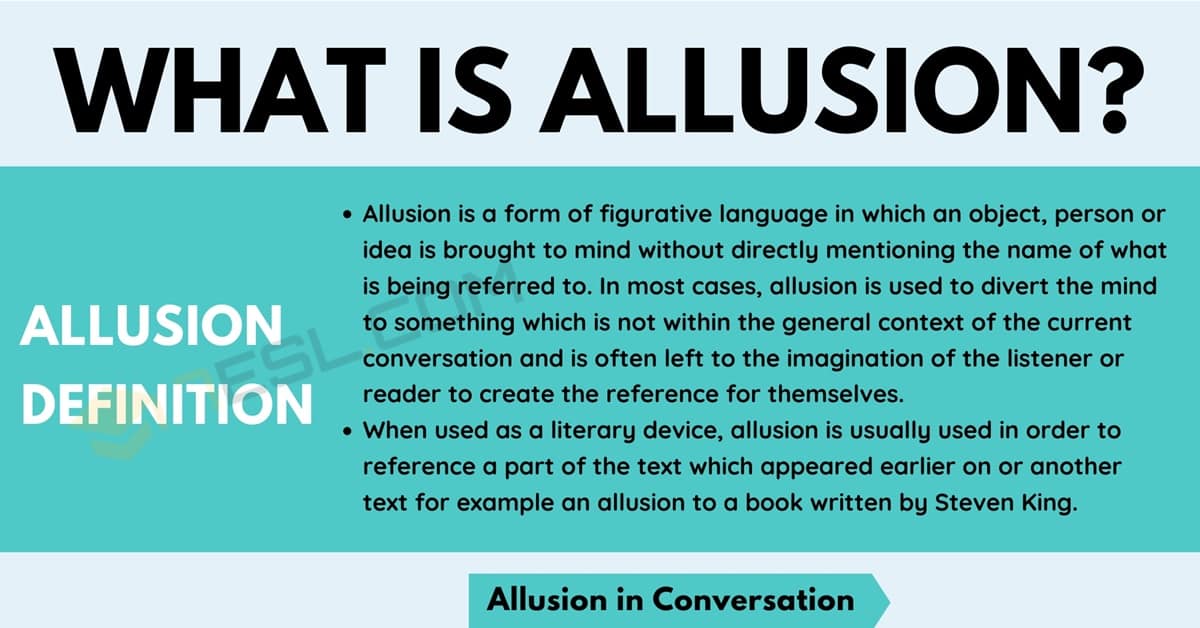 You may have heard of the concept of allusion and wondered what it was. This area of the English language may at first, seem confronting if you do not understand how it is used, but with a simple explanation, it is easy to understand thing.

Allusion is a form of figurative language in which an object, person or idea is brought to mind without directly mentioning the name of what is being referred to. In most cases, allusion is used to divert the mind to something which is not within the general context of the current conversation and is often left to the imagination of the listener or reader to create the reference for themselves.

When used as a literary device, allusion is usually used in order to reference a part of the text which appeared earlier on or another text for example an allusion to a book written by Steven King.

Allusion can be used in day to day conversation as a way to reference something which may not be totally relevant to the current conversation but might have some bearing on its content. We are now going to take a look at some examples of how allusion might be used in spoken language as a figure of speech.

As we mentioned earlier on, allusion can be used as a literary device, this is a common practise for writers and is likely to be something which is regularly seen. We will now have a look at some examples of times in which allusion has been used within written text.

From looking further into the concept of allusion as well as looking at some examples of how it can be used, we have learnt that it is a way to reference an idea, object or written work without directly mentioning its name. It is used to reference the reader or speaker to something, allowing them to form the conclusion in their own minds.

Allusion can be used in both a conversational context or within written work as a literary device. When used in writing, an allusion can make a piece appear less bland and much more artful creating a more interesting reading experience. 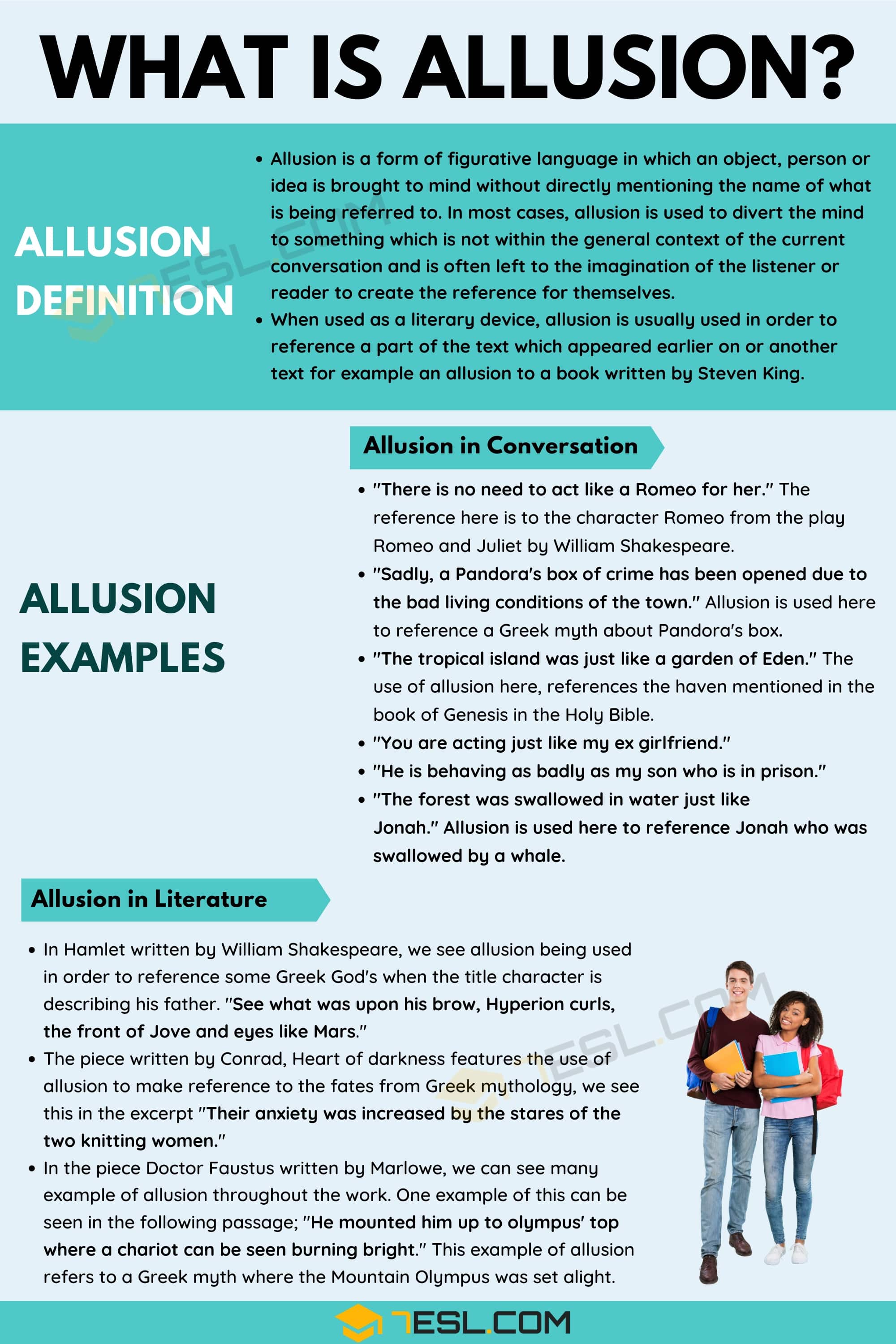