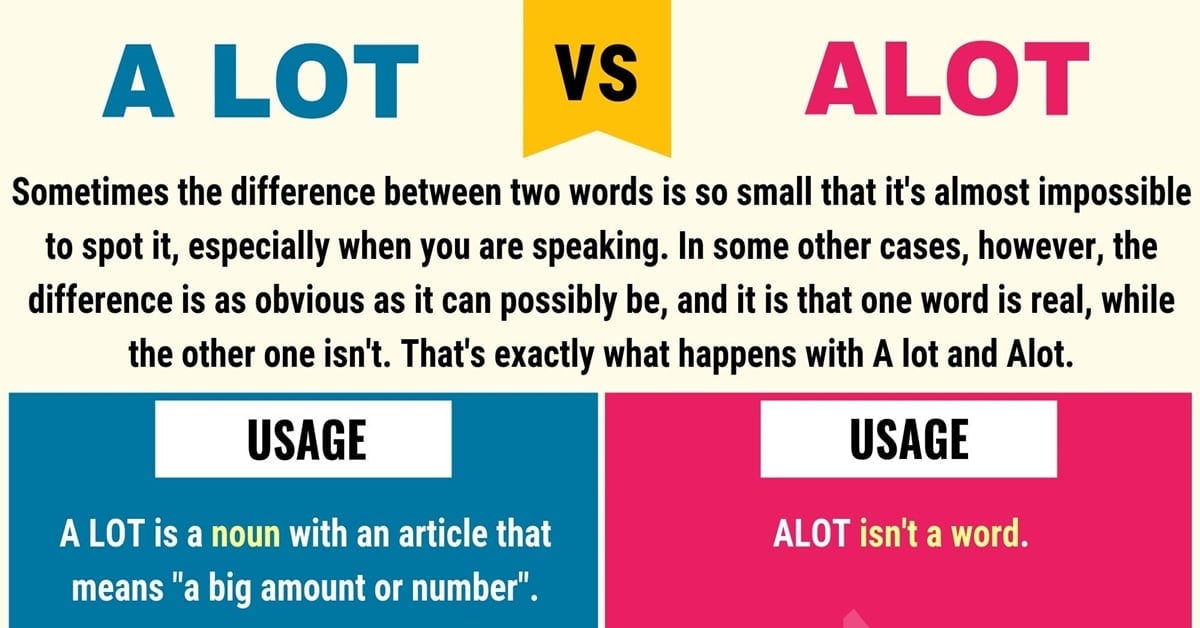 Alot or a lot! Sometimes the difference between two words is so small that it’s almost impossible to spot it, especially when you are speaking. In some other cases, however, the difference is as obvious as it can possibly be, and it is that one word is real, while the other one isn’t. That’s exactly what happens with a lot and alot. Even though you can come across both these words in informal conversations and text messages, only one of them is correct. But which one is it?

Alot or A Lot

A LOT is a noun with an article that means “a big amount or number”, while ALOT isn’t a word at all.

Is It Alot or A Lot?

The reason why you shouldn’t spell a lot as one word is pretty obvious: as there are a separate article and a separate noun, there’s no need to combine them. You wouldn’t write “abook” or “adog” instead of “a book” and “a dog” respectively, would you?

So, whenever you need to say that there is a big amount of something, you need to spell a lot as two words. For example, you can say that your friend Caitlin reads a lot of books. If your brother has just drunk five cups of coffee, you can tell him that he drank a lot of coffee. Finally, you can think that there are a lot of very confusing pairs of words in the English language.

If you still aren’t completely sure about which word is correct, think about it this way: you can’t say alittle, can you? This is why, following the same logic, you need to say a lot, spelled as two (or “a lot of”) words.

Alot vs. A lot Examples

Should You Use Alot or A Lot? | Picture 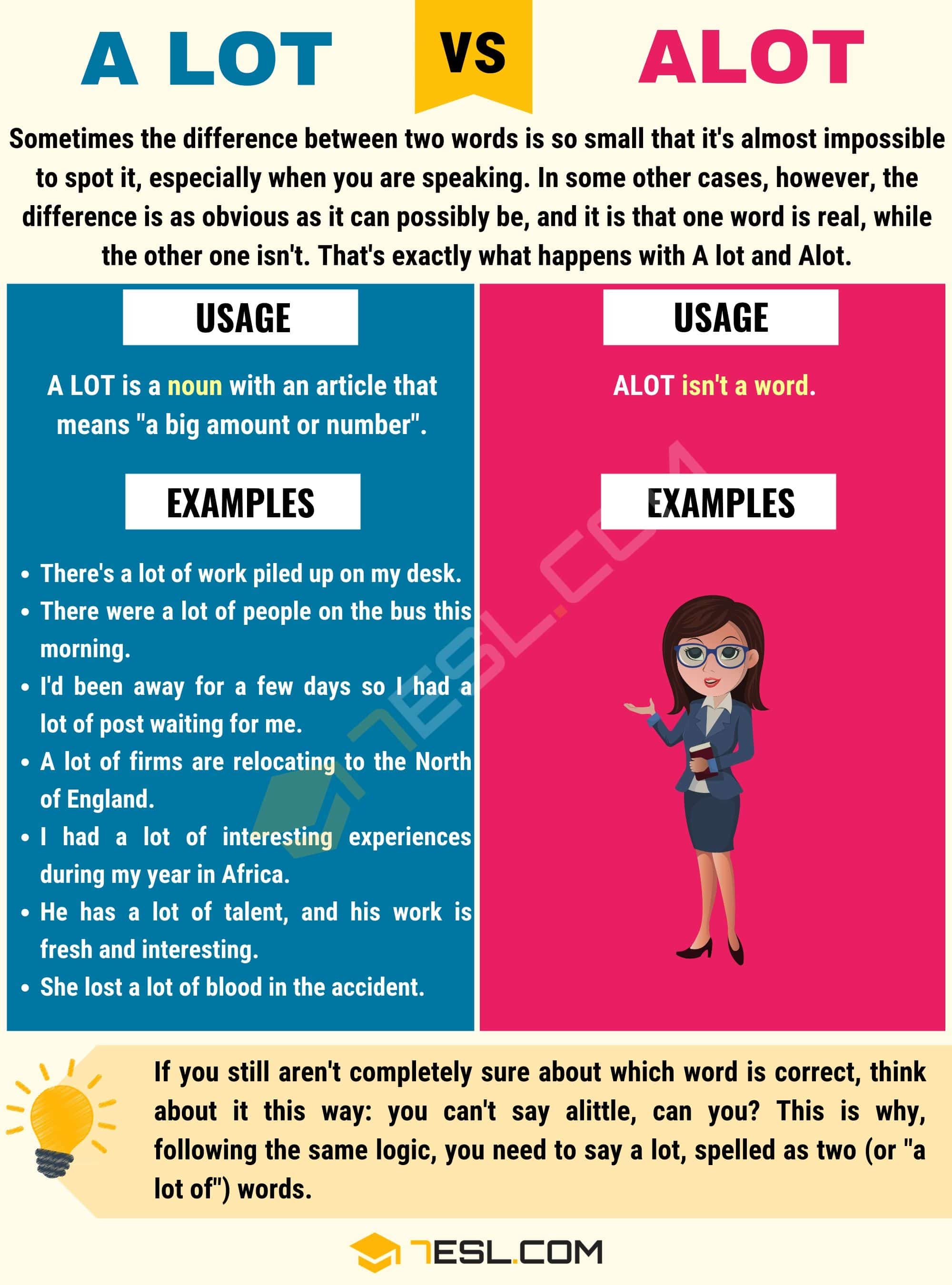 How to Use Alot or A Lot Correctly?

I thought someone actually invented a new word! I have seen “alot” written down on social media a lot. It is so annoying that the English don’t understand their own grammer!