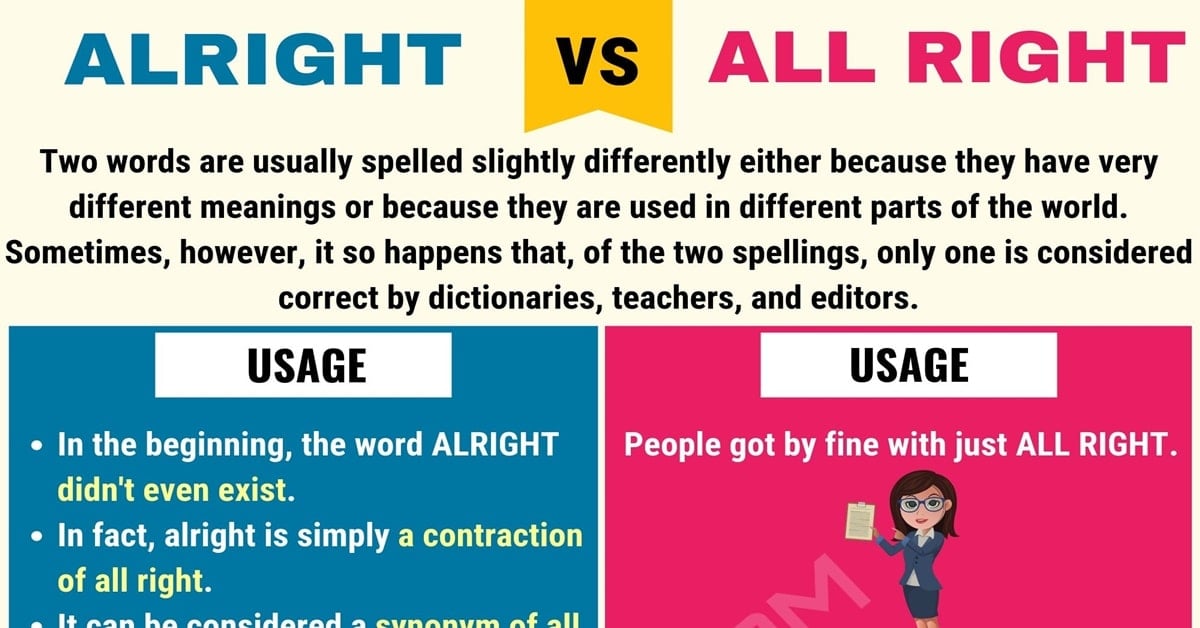 Alright vs. all right! Two words are usually spelled slightly differently either because they have very different meanings or because they are used in different parts of the world. Sometimes, however, it so happens that, of the two spellings, only one is considered correct by dictionaries, teachers, and editors. This is exactly what happens with alright vs. all right. You might be surprised to learn that, though writing alright in a text message is perfectly normal, it won’t be acceptable in any formal piece of writing.

Alright vs. All Right

In the beginning, the word alright didn’t even exist, and people got by fine with just all right. In fact, alright is simply a contraction of all right that first appeared some time at the end of the 19th century. Just like it happened with some other English words, such as already, almost, and although, this word became common mostly in informal communications. Still, it can be considered a synonym of all right in many cases. However, not in all of them.

When to Use Alright vs. All Right

Look at these two sentences:

Even though these sentences are very similar, they suggest two very different things. By saying alright, you mean that the answers were acceptable. However, if you’re saying that the answers were all right, you’re saying that all of them were correct. This is a much stronger meaning than “just okay” of the first sentence, and it probably is the one that you wanted your sentence to have.

Therefore, the first reason why you should avoid using alright is that it might not always fit into your sentence, and it might change the meaning completely. All right, on the other hand, always fits.

The second reason is that you won’t find alright in any dictionary; even if you will, it will be marked as a “nonstandard variant”. In addition, style guides forbid its use completely. So, your teachers or editors can mark this word as incorrect if they find it in your writing, and they will be right for doing this.

To be safe, always use all right. Of course, your friends will understand the meaning of your text message if you go with a shortened version every once in a while, but, if your writing is going to be marked or published, all right is the only option you should consider.

Alright vs. All Right Examples

Difference between All Right vs. Alright | Picture 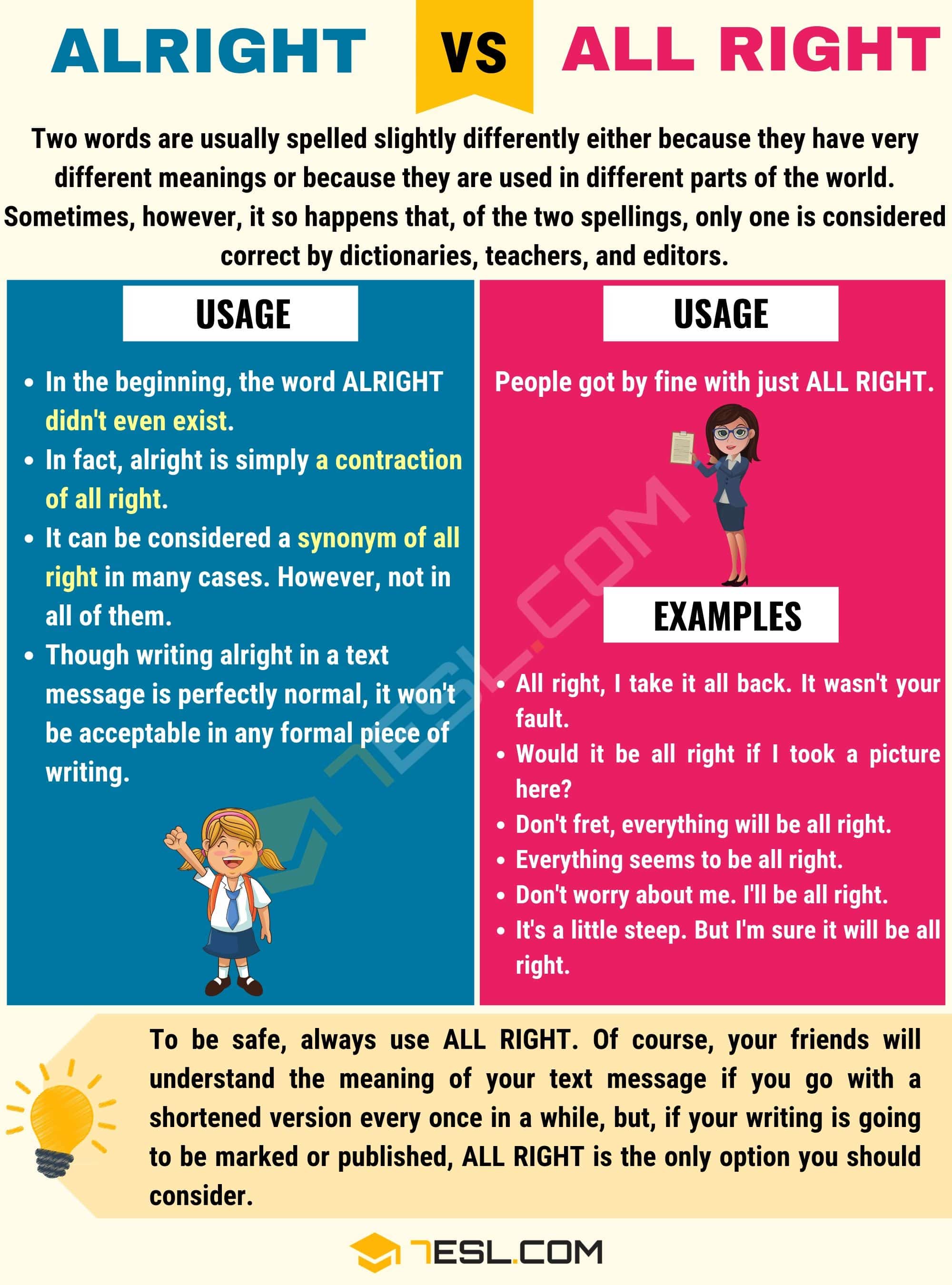