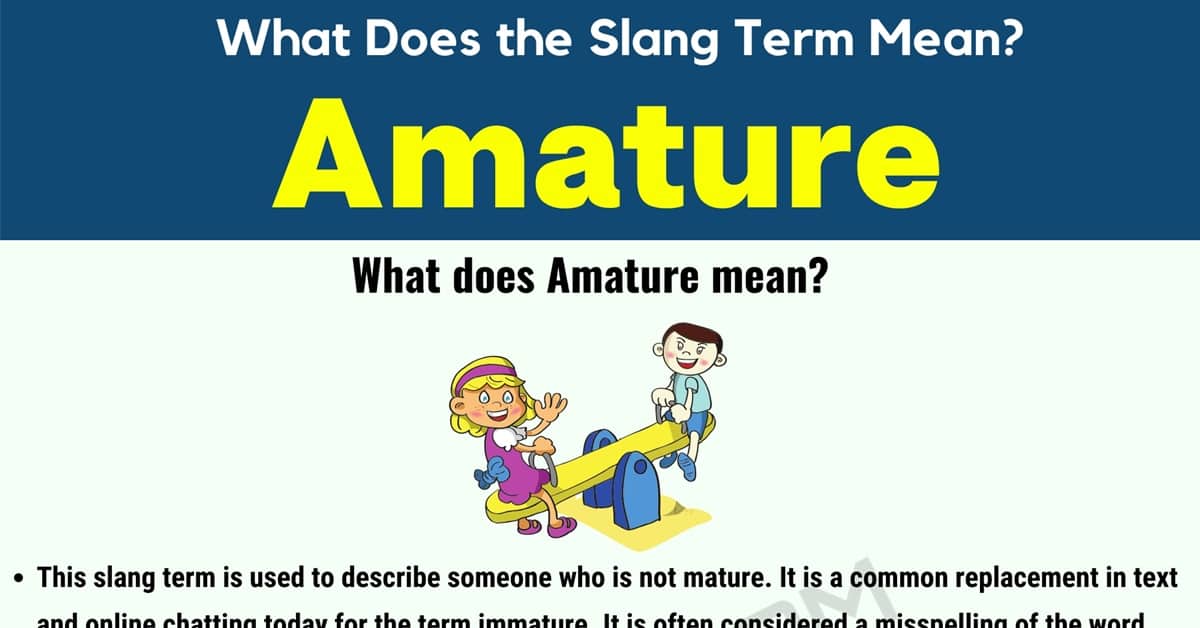 The slang term “amature” is not often seen and in some cases may just be a misspelling of an actual word. However, if you have come across this phrase being used and were wondering what it meant after the person has assured you it is not a typo, then you have come to the right place. Here you will find the meaning of this term, details about its origin if they are available, and some other meanings if there are any to be found.

Example conversations are seen here for your convenience as well that highlight the proper usage of this term and to help you better understand its meaning. Finally, you will learn some similar words that share the same meaning and can be used in place of the original term to convey the same message.

What Does Amature Mean?

This slang term is used to describe someone who is not mature. It is a common replacement in text and online chatting today for the term immature. It is often considered a misspelling of the word “amateur” but this term has a different meaning.

There are no specific details that can be found regarding this slang term. However, it can be said that this word has been used in the sense of the meaning stated above at least since 2007.

There are several words that you could use to replace this slang word that would convey the same message and meaning. Some other words you could use in its place include: 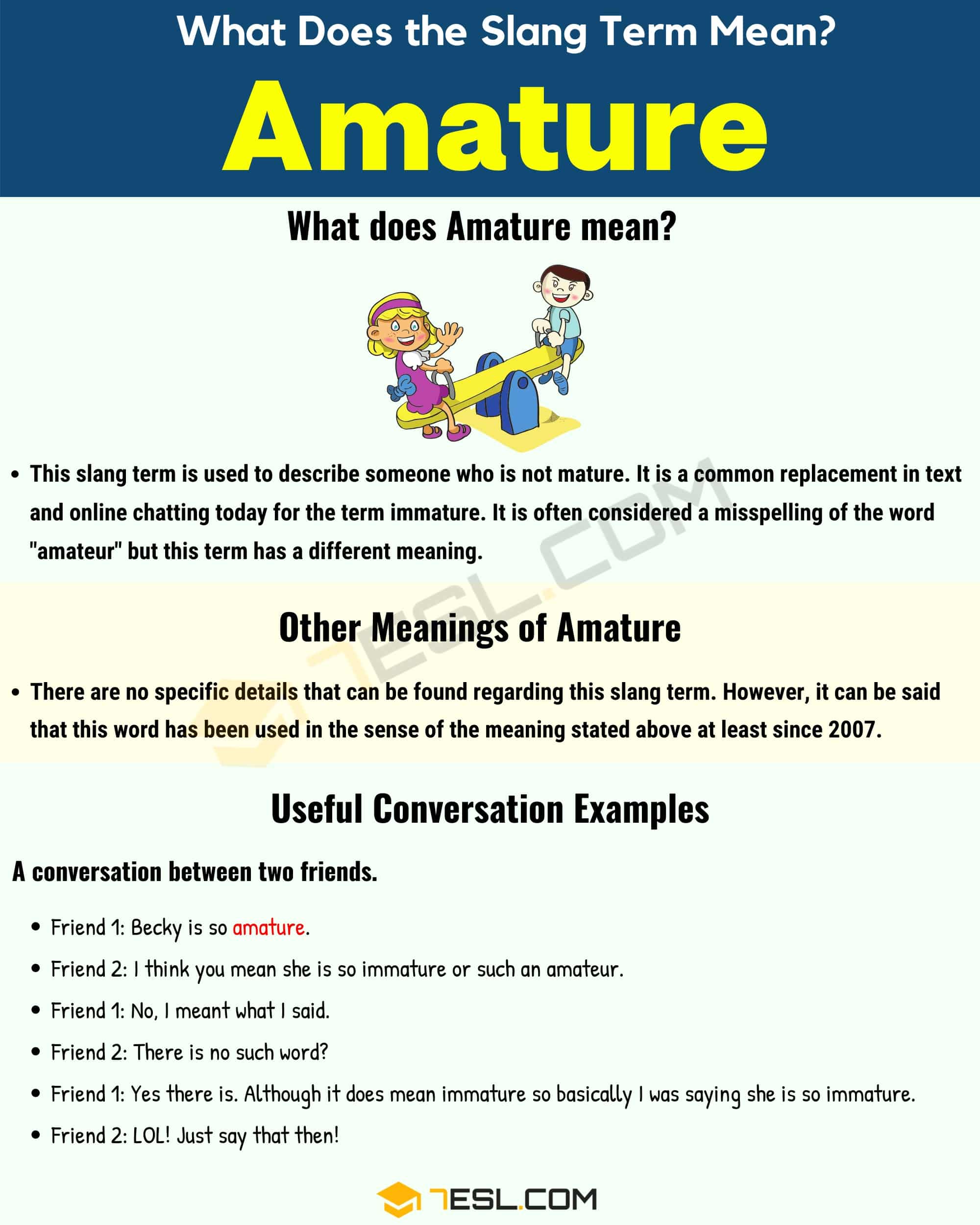