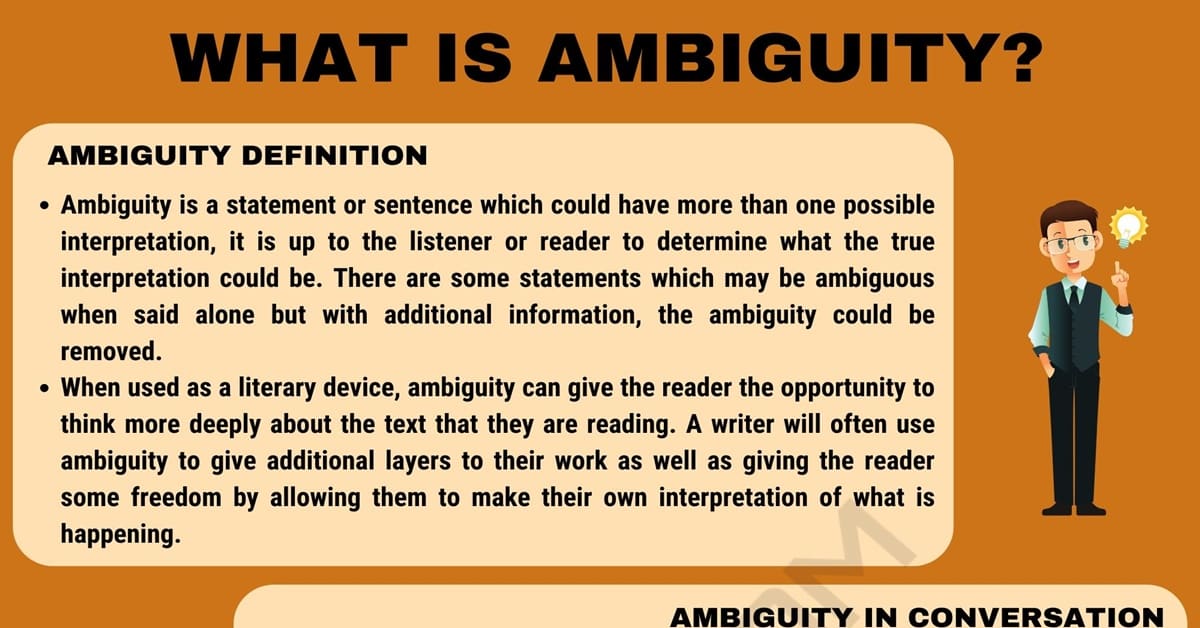 You may have heard of the concept of ambiguity, but you may not yet understand what it is. This is something which you will likely come across in both spoken and written English. In this article, we are going to take a deeper look at the meaning of ambiguity and how it can be used in both day to day conversation as well as in literature. We are going to view some examples of ambiguity being used so that we can further understand how it works in a sentence.

Ambiguity is a statement or sentence which could have more than one possible interpretation, it is up to the listener or reader to determine what the true interpretation could be. There are some statements which may be ambiguous when said alone but with additional information, the ambiguity could be removed. An example of this would be the sentence ‘You read the book.‘ When said alone, the statement could be referring to an event which happened in the past or is happening in the present, by changing it to ‘You read the book when you were younger’, the ambiguity is no longer present.

When used as a literary device, ambiguity can give the reader the opportunity to think more deeply about the text that they are reading. A writer will often use ambiguity to give additional layers to their work as well as giving the reader some freedom by allowing them to make their own interpretation of what is happening.

Examples of Ambiguity in Conversation

You will likely come across the use of ambiguity in many day to day conversations and it is not always intentional. Many people will make an ambiguous statement without even realised that they are doing so. Whilst other times, the speaker may make the statement on purpose in order to get the listener to think and engage on a deeper level with the conversation. Let’s take a look at some examples of ambiguity in a way which it might be heard in speech.

Examples of Ambiguity in Literature

As we mentioned previously, ambiguity is often used by writers in order to get the reader to draw their own conclusion on what the sentence means. There are many examples of how ambiguity has been used in various written works. We will now take a look at some of these examples.

Ambiguity is something that you are likely to come across in both spoken language as well as in a written context. Often times, when used in speech, the speaker may not be aware that they are using ambiguous language, whereas in literature, it is something which is purposefully placed within a text.

Ambiguity is a statement which does not have a clear, single meaning and could be interpreted in more than one way. It is often down to the listener to derive the true meaning of the sentence and come up with their own interpretation. 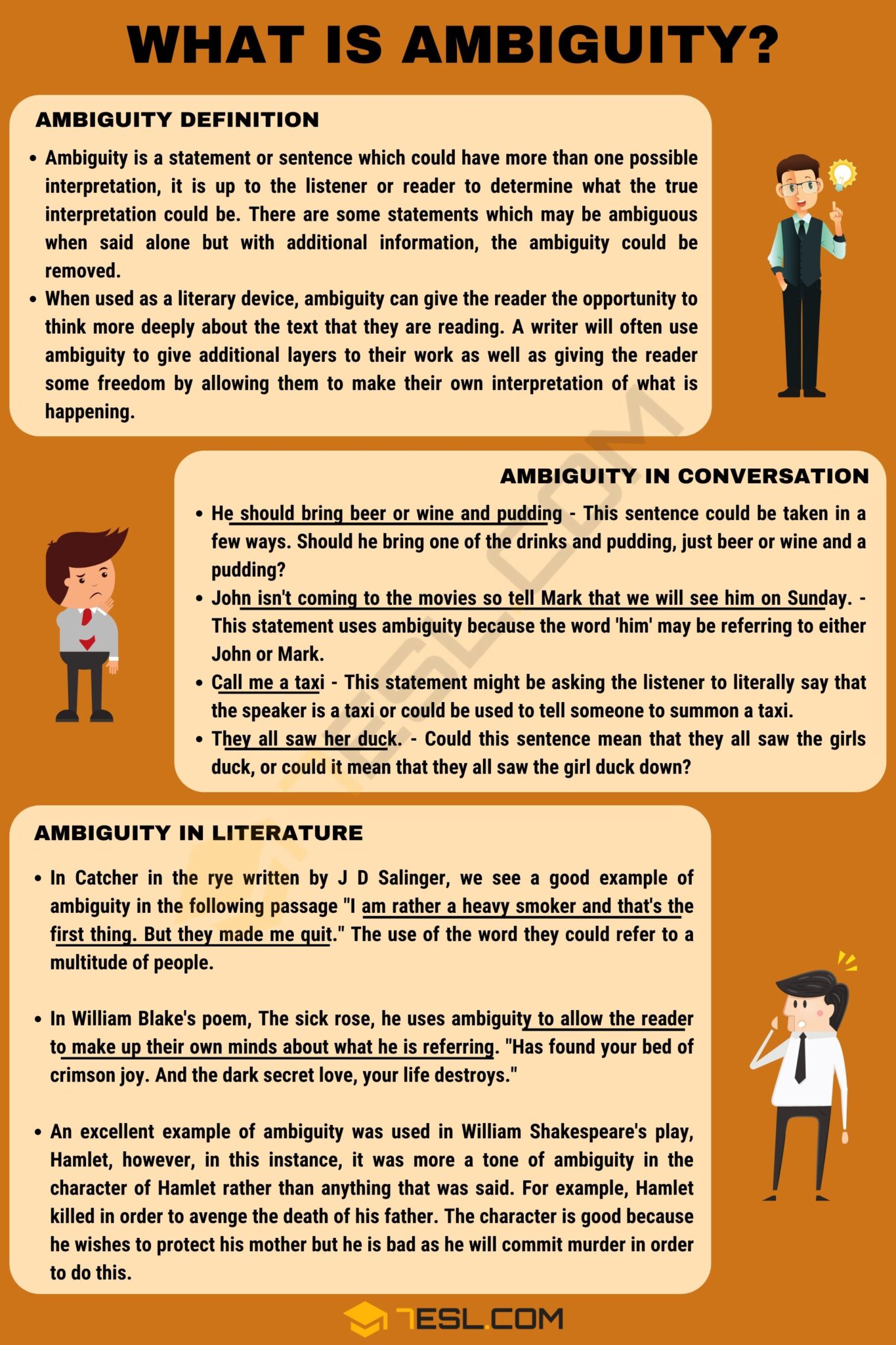