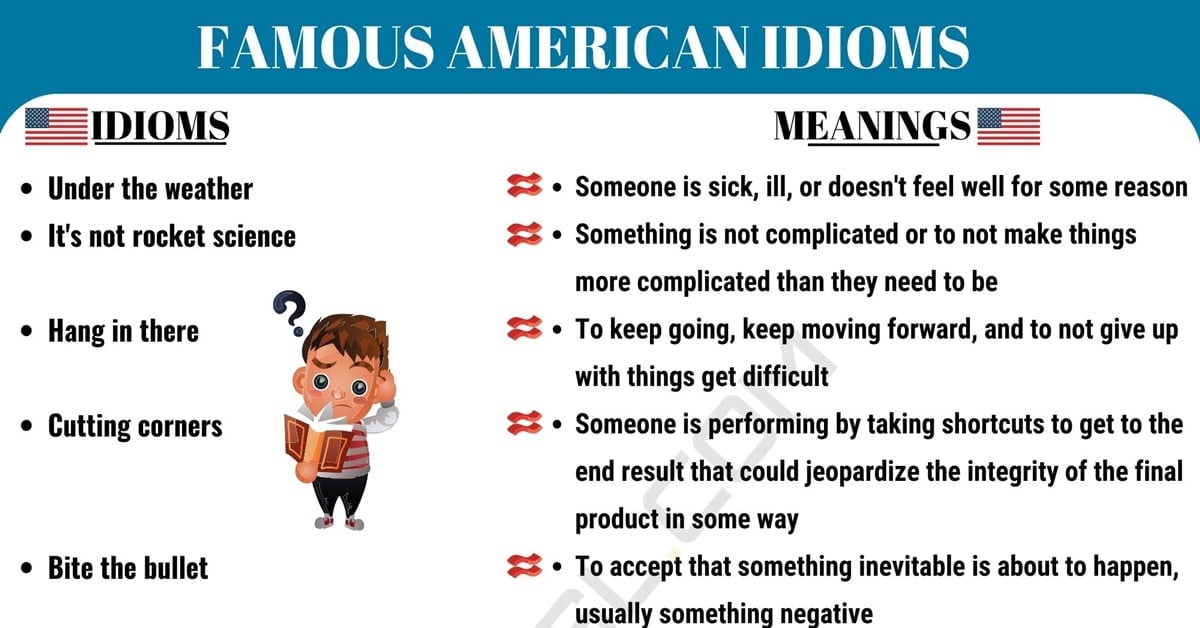 What Are American Idioms?

To someone who lives outside of the United States, sometimes the way that Americans express themselves can sound like we are talking in tongues. This is because we have a way of putting two or more words together that don’t make sense according to the literal definition to people who haven’t grown up listening to such phrases and don’t know they are not to be taken literally.

In America, idioms are used on a daily basis in television shows, normal conversation, and in all types of other interactions. Sometimes the meanings of these phrases known as idioms are easy to figure out from the context of how they are used. However, others are quite a bit more complicated to determine the meaning of. It is important to learn that words don’t always follow there literal meaning here in America in order to communicate effectively in this country and understand what is going on around you. Below are some of the most popular used idiomatic phrases in America and their meanings. Learning these American idioms will help you to understand and communicate efficiently.

Learning some of the most popular American idioms and their meanings can help someone who is learning English as a second language sound more like a native English speaker.

Here are 80 of some of the most common American idioms and what they mean.

Hopefully this brief explanation regarding idioms has helped you to understand why they are used and the importance of figurative speech in the English language. While not being an all-inclusive list of every idiom, this information and the American idioms provided with their meanings is a good starting point for grasping the concepts of idioms and how they are used in communication. Learn the American idioms suggested here and then make your own list idioms to continue learning and you will sound like a native English speaker before you know it!

Common American Idioms with their Meanings 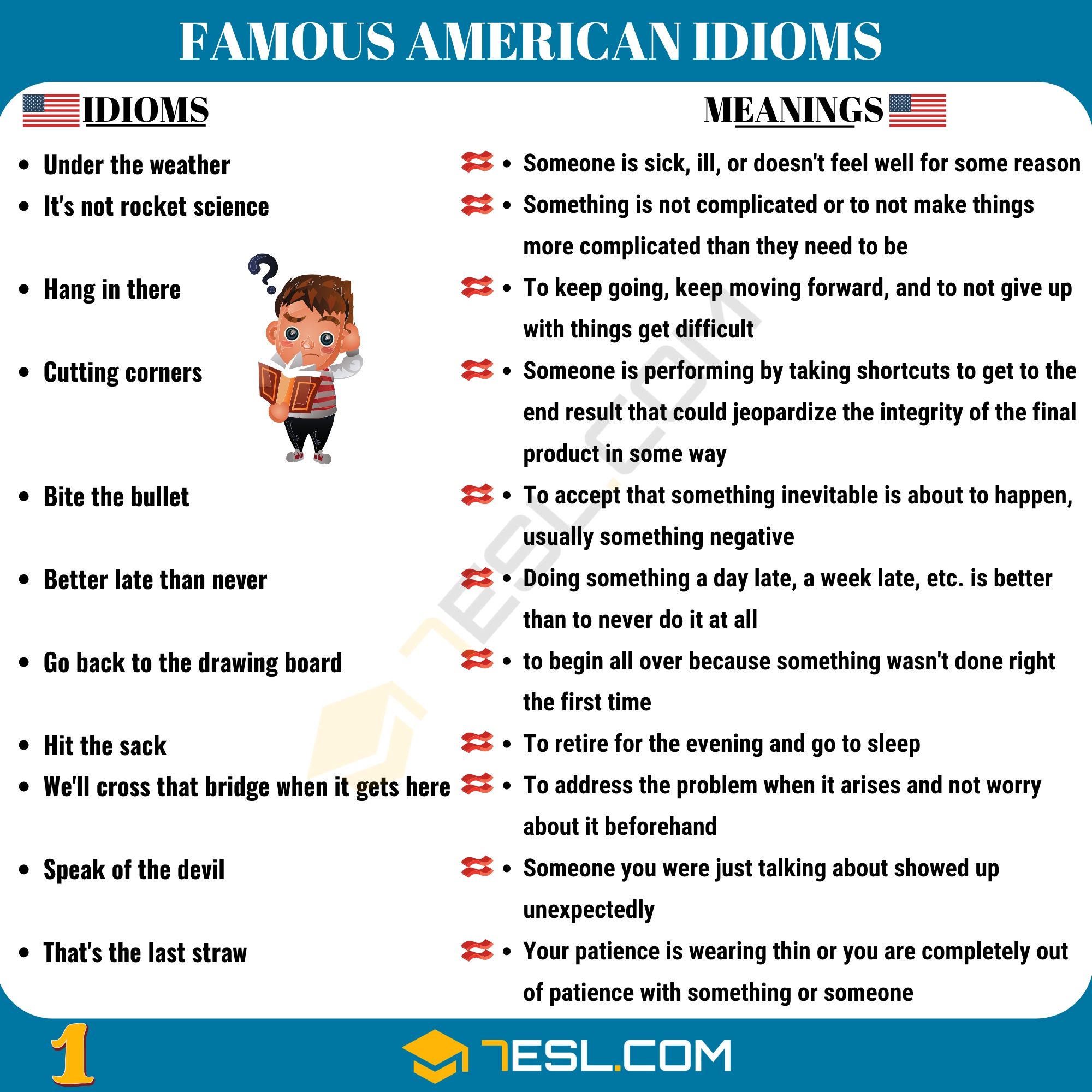 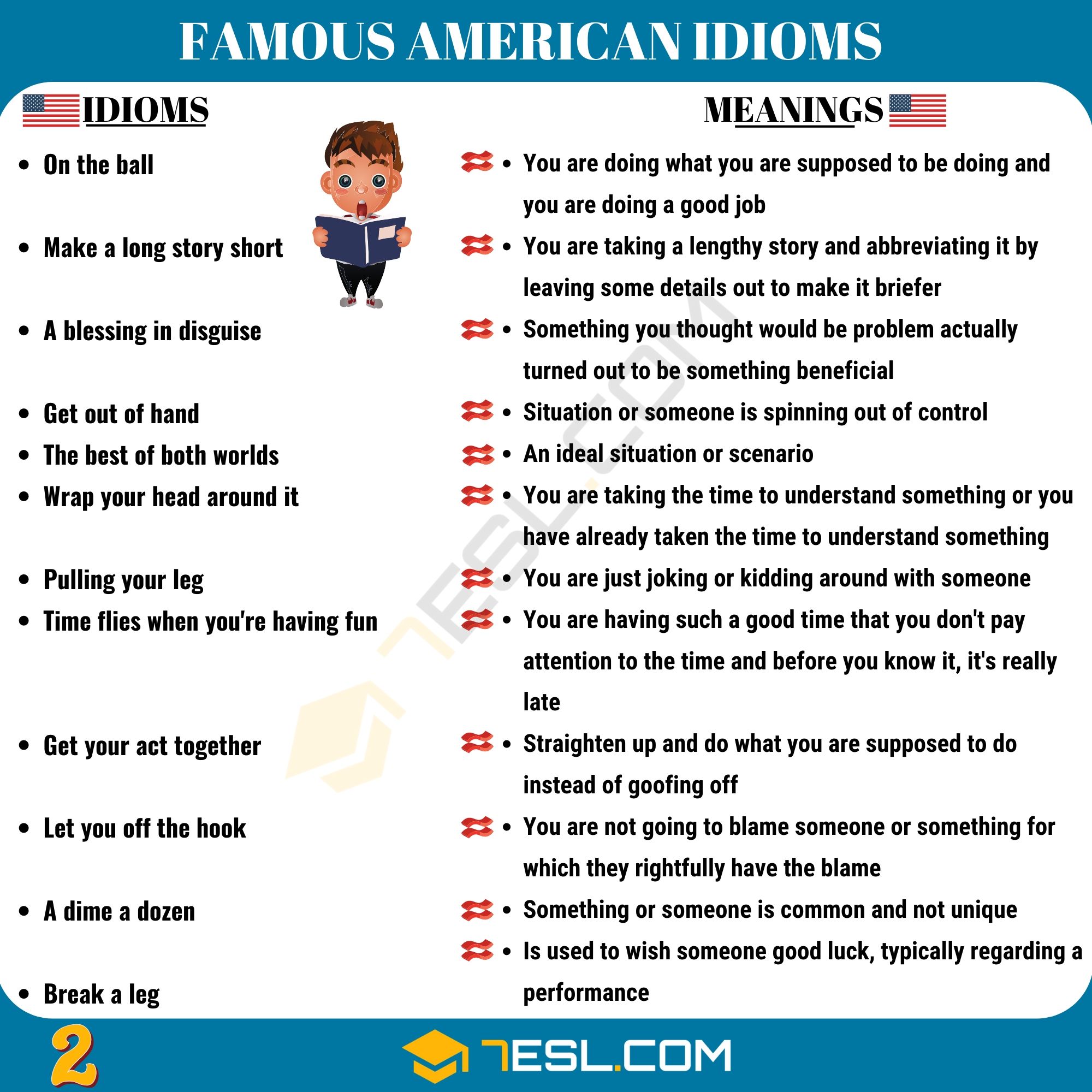 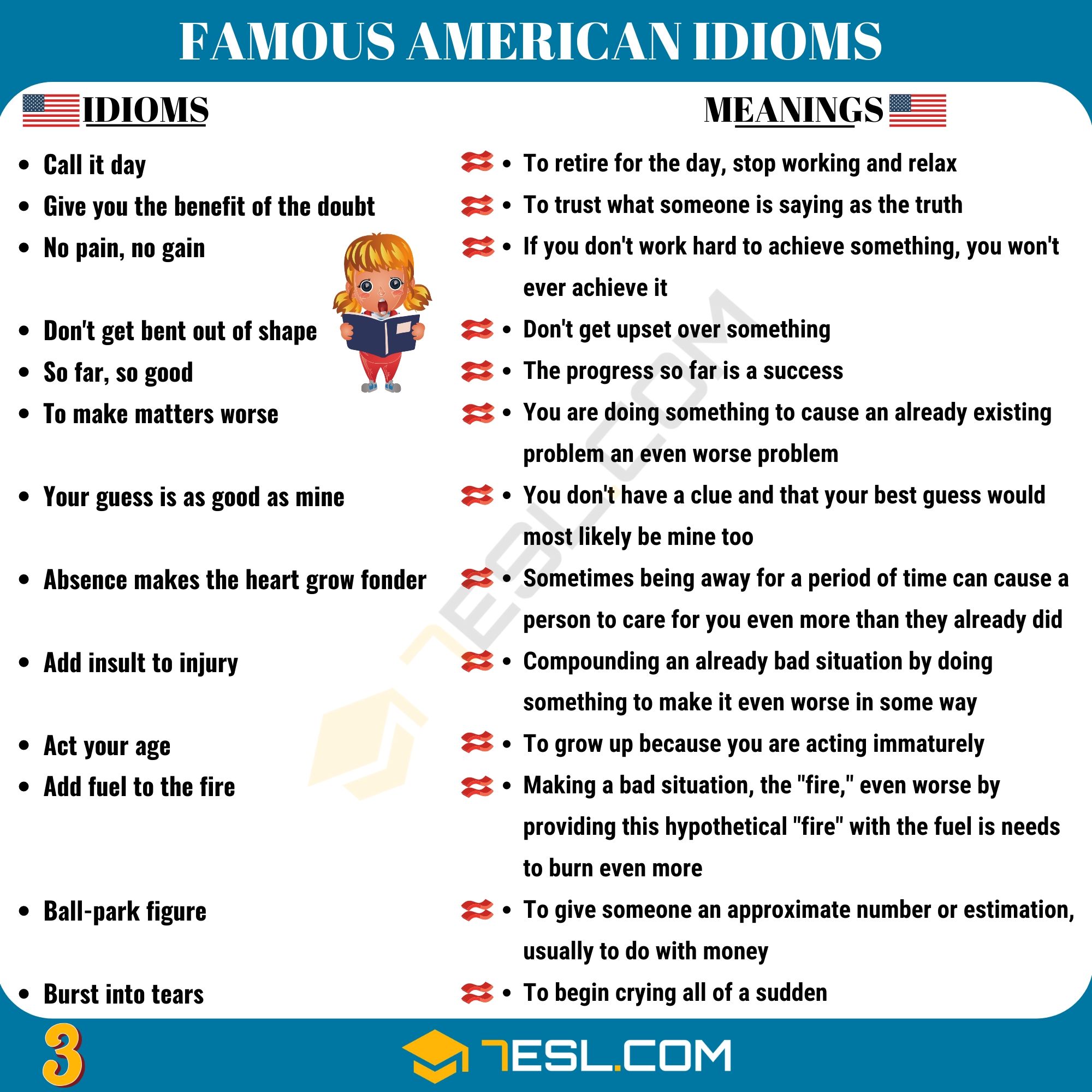 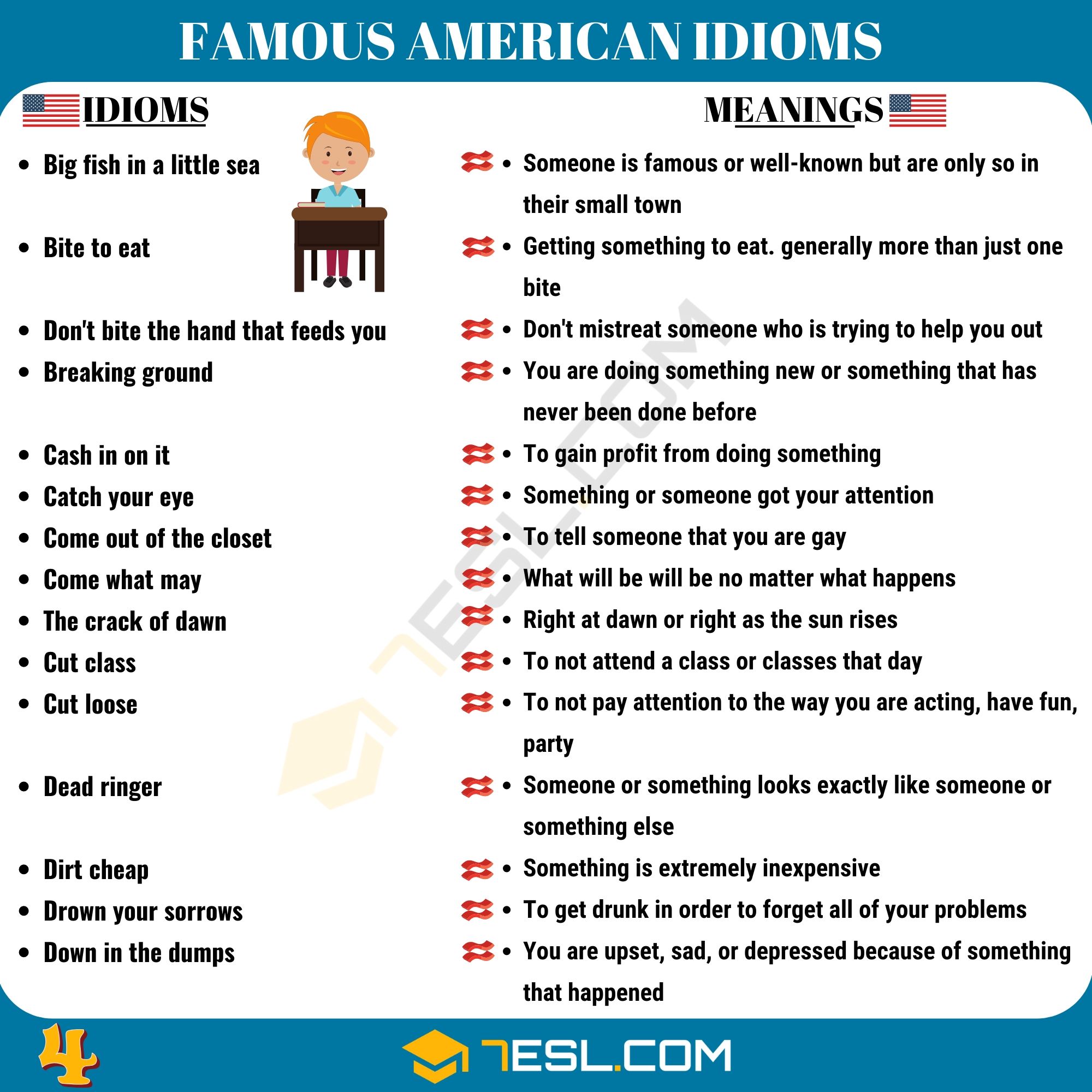 I don’t wanna leave a comment about what I just read here. I just want to say four words : This website is unbelievable!

feeling good to find such supportive figures in the form of idioms . thanks for updating us.

I have been asked to tutor a couple from India, whose native language is not English. This had been incredibly helpful! Thank you!

This is funny. I am full of beans