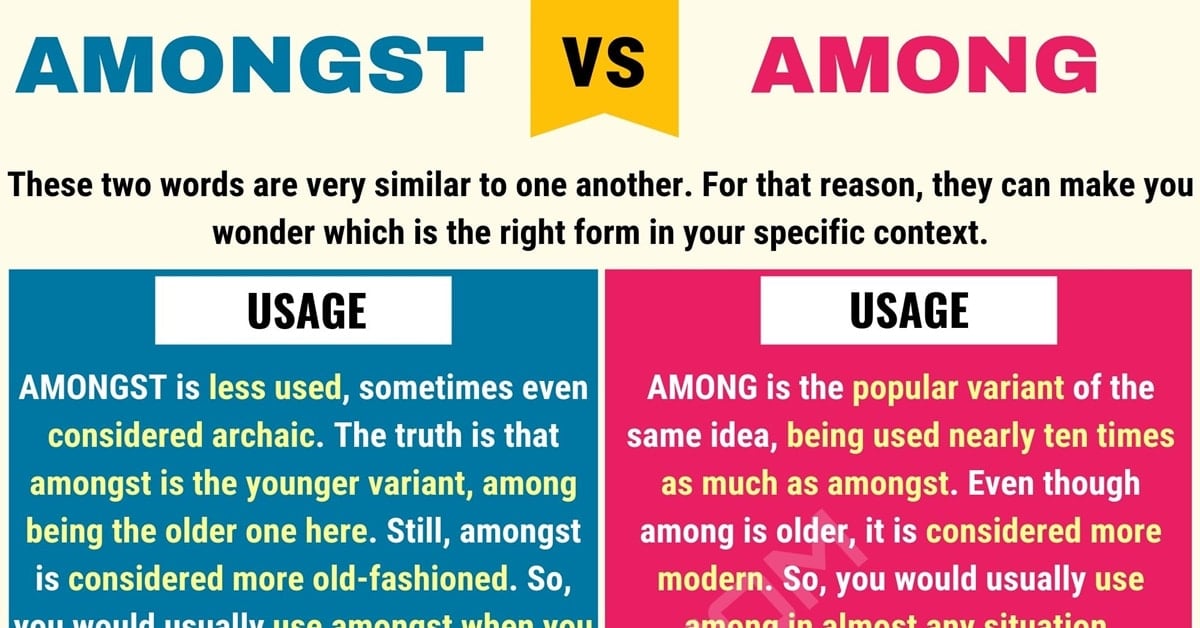 Among vs. amongst! These two words are very similar to one another. For that reason, they can make you wonder which is the right form in your specific context. Did Jesus walk among or did he walk amongst the people? Probably amongst, but the reason isn’t that obvious.

So what do these two words mean exactly? “Situated more or less centrally in relation to (several other things)” Which word is this definition attributed to? To both of them, they mean the same thing and they can be used interchangeably. Then why the confusion? Well, the context might differ a little bit.

When to Use Amongst

Amongst is less used, sometimes even considered archaic. The truth is that amongst is the younger variant, among being the older one here. Still, amongst is considered more old-fashioned. For this reason, you would usually use amongst when you want to sound more sophisticated.

When to Use Among

Among is the popular variant of the same idea, being used nearly ten times as much as amongst. Even though among is older, it is considered more modern. For this reason, you would usually use among in almost any situation.

Tips for the Differences between Among vs. Amongst

While you can use any variant you want, you may like to adhere to the correct styles of writing or speaking. An easy way to remember which variant to use is to keep this in mind: more sophisticated usually means more complicated, longer, and harder to write.

Among vs. Amongst Examples

When to Use Amongst vs. Among | Image 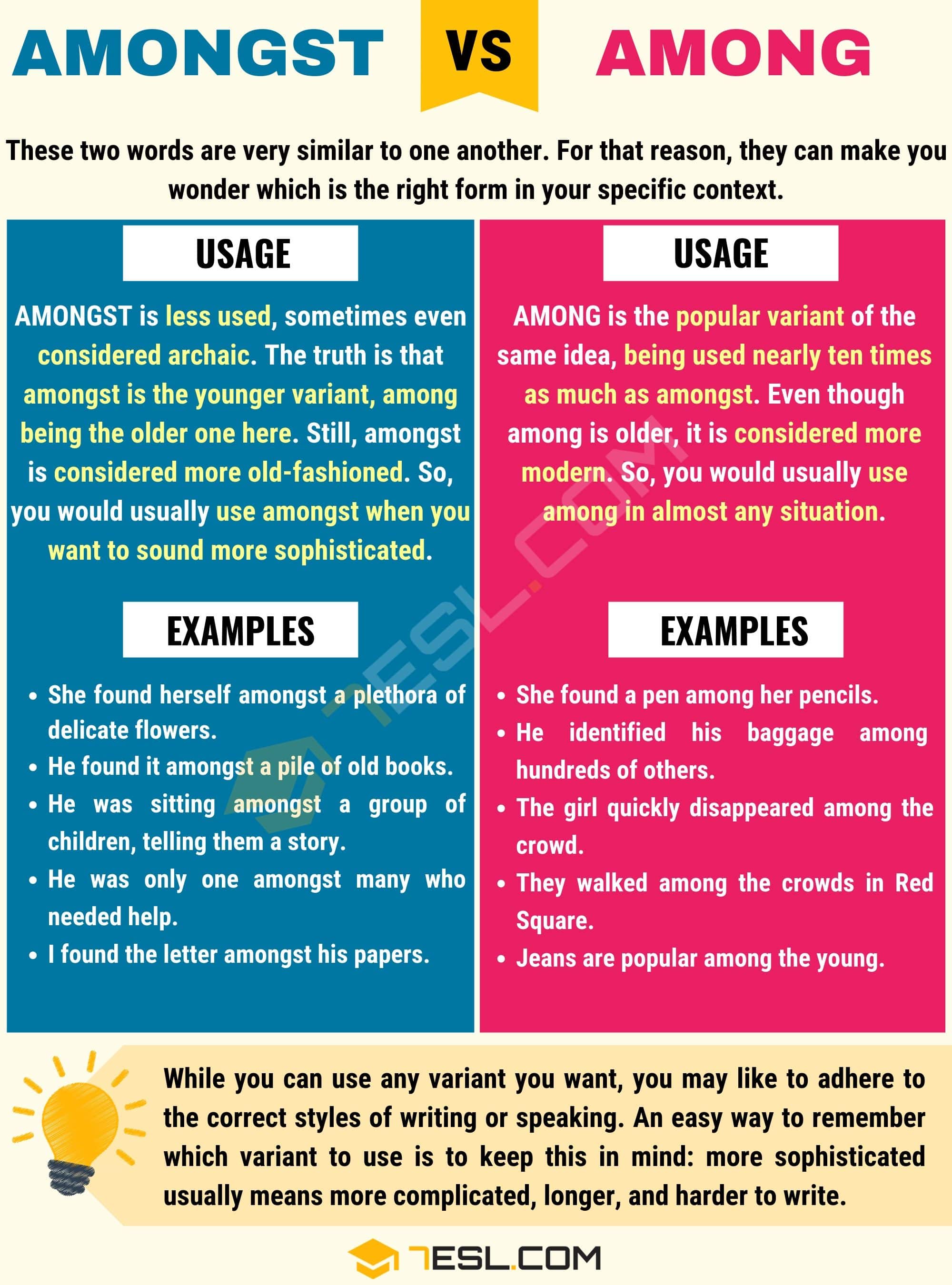 Among or Amongst: What’s the Difference between Amongst vs Among