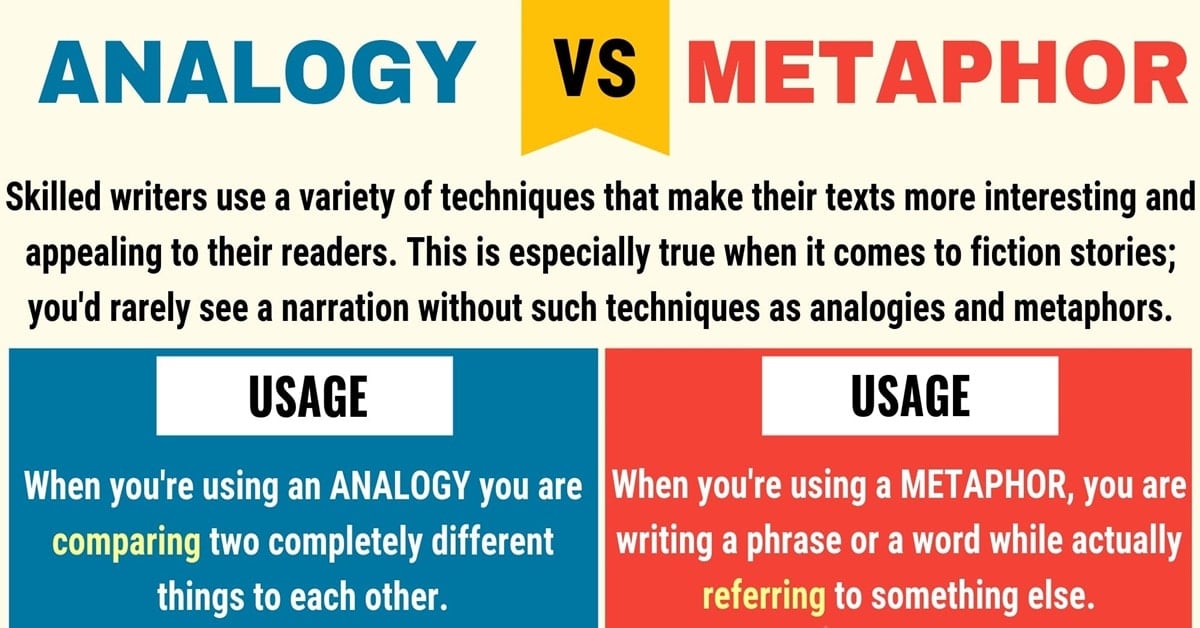 Analogy vs. metaphor! Skilled writers use a variety of techniques that make their texts more interesting and appealing to their readers. This is especially true when it comes to fiction stories; you’d rarely see a narration without such techniques as analogies and metaphors. But what is the difference between these two? Read on to figure this out and to never have any problems finding whether what you see in a piece of writing is an analogy or a metaphor.

When you’re using an ANALOGY you are comparing two completely different things to each other. On the other hand, when you’re using a METAPHOR, you are writing a phrase or a word while actually referring to something else.

When to Use Analogy

Analogies are most commonly used to better explain difficult or sensitive topics to readers. So, when a writer has such a topic to deal with, he can take two very different ideas and use their similarities to make the reader understand him better.

One example of an analogy is saying that searching for a good man is like searching for a needle in a haystack. Of course, when you first look at this sentence, it seems to make no sense at all. However, if you think about it, there’s deep meaning to it. Finding a needle in a haystack is very difficult, almost impossible, but when you finally do, it’s worth all the struggle and hardships that you had to go through; the same applies to relationships as well.

You might have heard someone say that explaining a joke is like dissecting a frog. Though jokes and frogs have nothing to do with each other, these two concepts are actually very similar. Explaining a joke to someone who didn’t find it funny in the first place, indeed, can take as much time as dissecting a frog, with all of its inner body parts that only make this process more complicated. This is why this analogy works so well.

When to Use Metaphor

Now, what about metaphors? The best way to spot them is to search for “something is something else” structures in the sentence. For instance, “the school’s computers are dinosaurs” is a metaphor that suggests that those computers are very old and nobody uses them anywhere else. Metaphors make your writing more memorable and help paint a certain picture in front of your readers’ eyes; for instance, saying that someone’s voice was music is much more powerful and emotional than simply stating that their voice was lovely.

Tips: So, whenever you’re comparing two seemingly uncomparable things, you have an analogy. But when you’re saying that something is something else, though it isn’t so literally, you have a metaphor.

Difference between Metaphor vs. Analogy | Picture 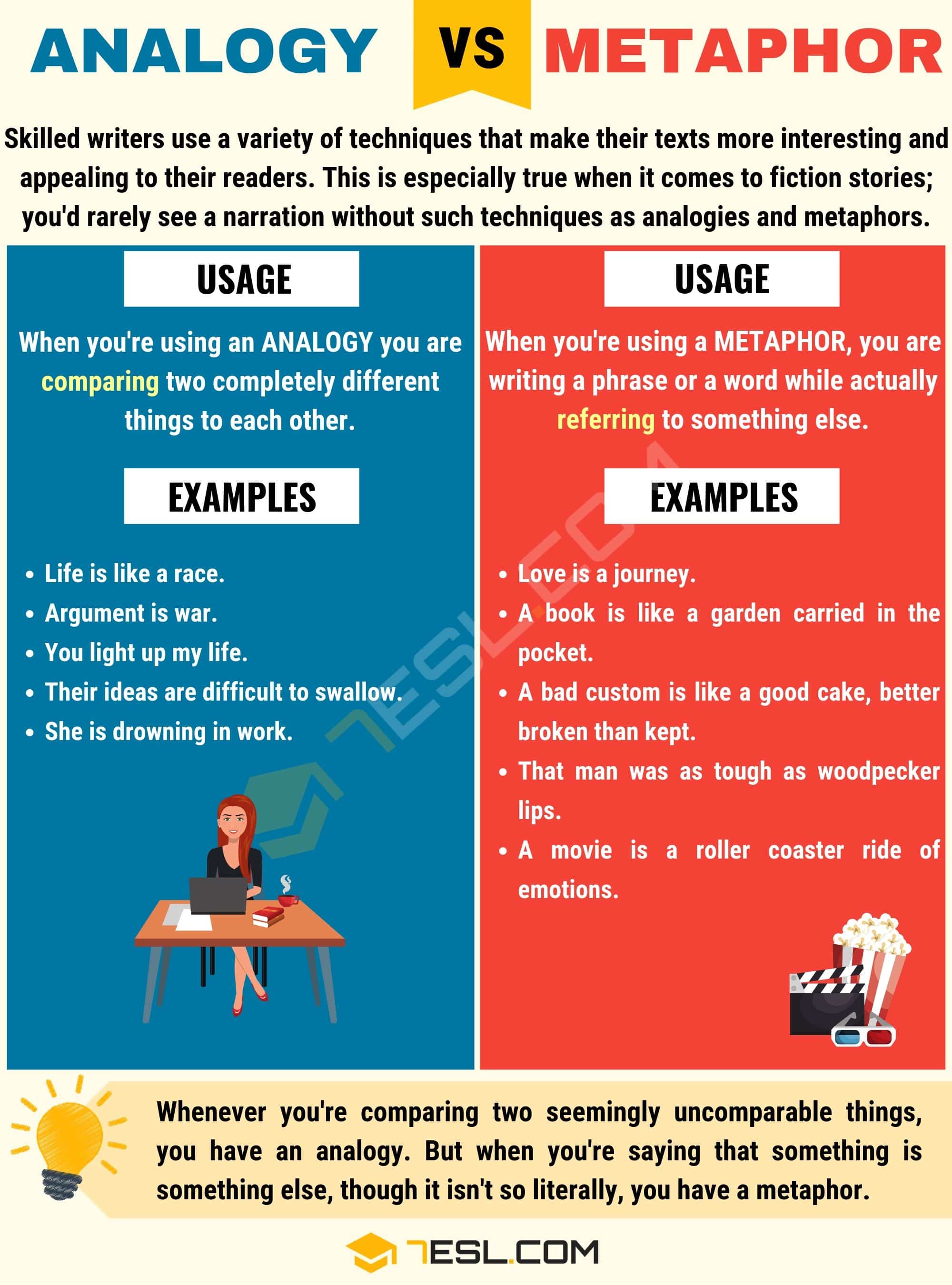 Now we mix analogy with simile and metaphore. Which one uses like and as and which doesnt?

In case of simile, we use as or like for comparison. Eg Anushka’s smile is as bright as the Sun.

Your examples for metaphors actually use “like” and some would say they are similes.