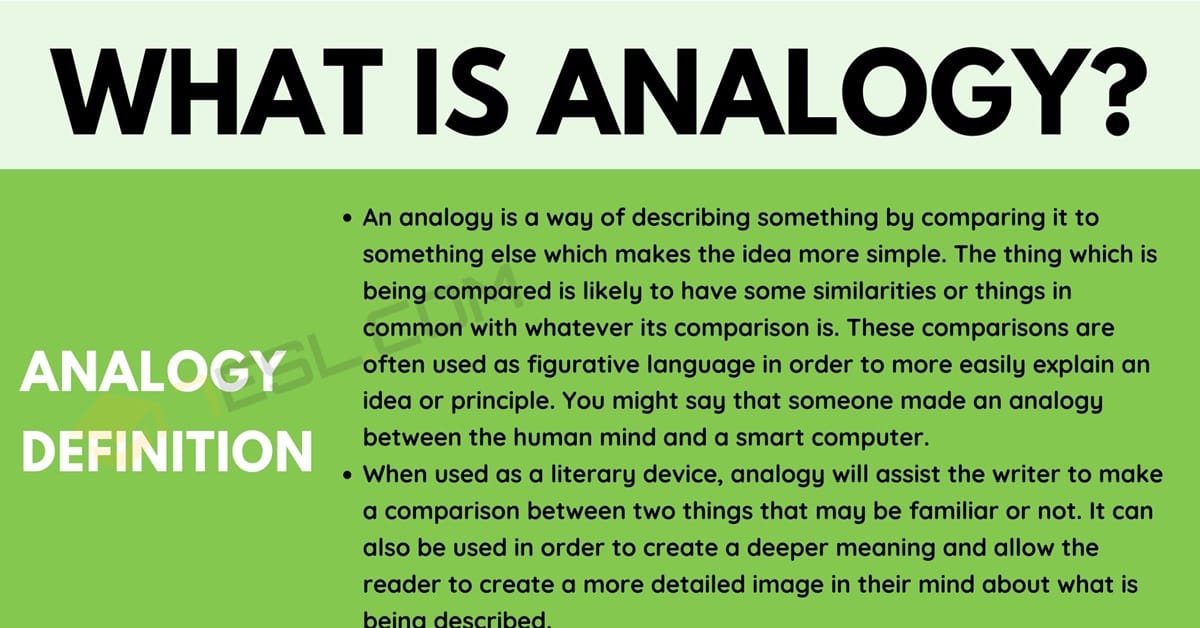 You may have come across the term analogy whilst looking at the English language, but what is this and how does it work? The concept of an analogy might seem a little confusing at first but by looking at the meaning, we can further understand how it can be used.

In this article, we are going to be taking a look at what exactly an analogy is as well as viewing some examples of them in both a spoken context and within written work.

An analogy is a way of describing something by comparing it to something else which makes the idea more simple. The thing which is being compared is likely to have some similarities or things in common with whatever its comparison is. These comparisons are often used as figurative language in order to more easily explain an idea or principle. You might say that someone made an analogy between the human mind and a smart computer.

When used as a literary device, analogy will assist the writer to make a comparison between two things that may be familiar or not. It can also be used in order to create a deeper meaning and allow the reader to create a more detailed image in their mind about what is being described.

You may see the use of analogy within day to day conversation as it is a common way to elaborate on an idea by using this type of comparison. We are now going to take a look at some examples of analogy which may be heard in spoken language.

As we have mentioned earlier, analogy is a common way for writers to create a more clear image for the reader as well as a way to express a deeper meaning to the piece of writing. Let’s now take a look at some examples of times in which analogy has been used within written work.

We have looked at ways in which analogy can be used within both written and spoken English. Through doing this we have discovered that this concept can be used to further explain an idea by means of comparison to something which has similarities. Analogies can be seen in the form of a simile or a metaphor.

Analogy can be used in spoken language to develop the listeners understanding of what is being said as well as being used as a literary device which aids the reader in creating a more detailed picture within their mind. 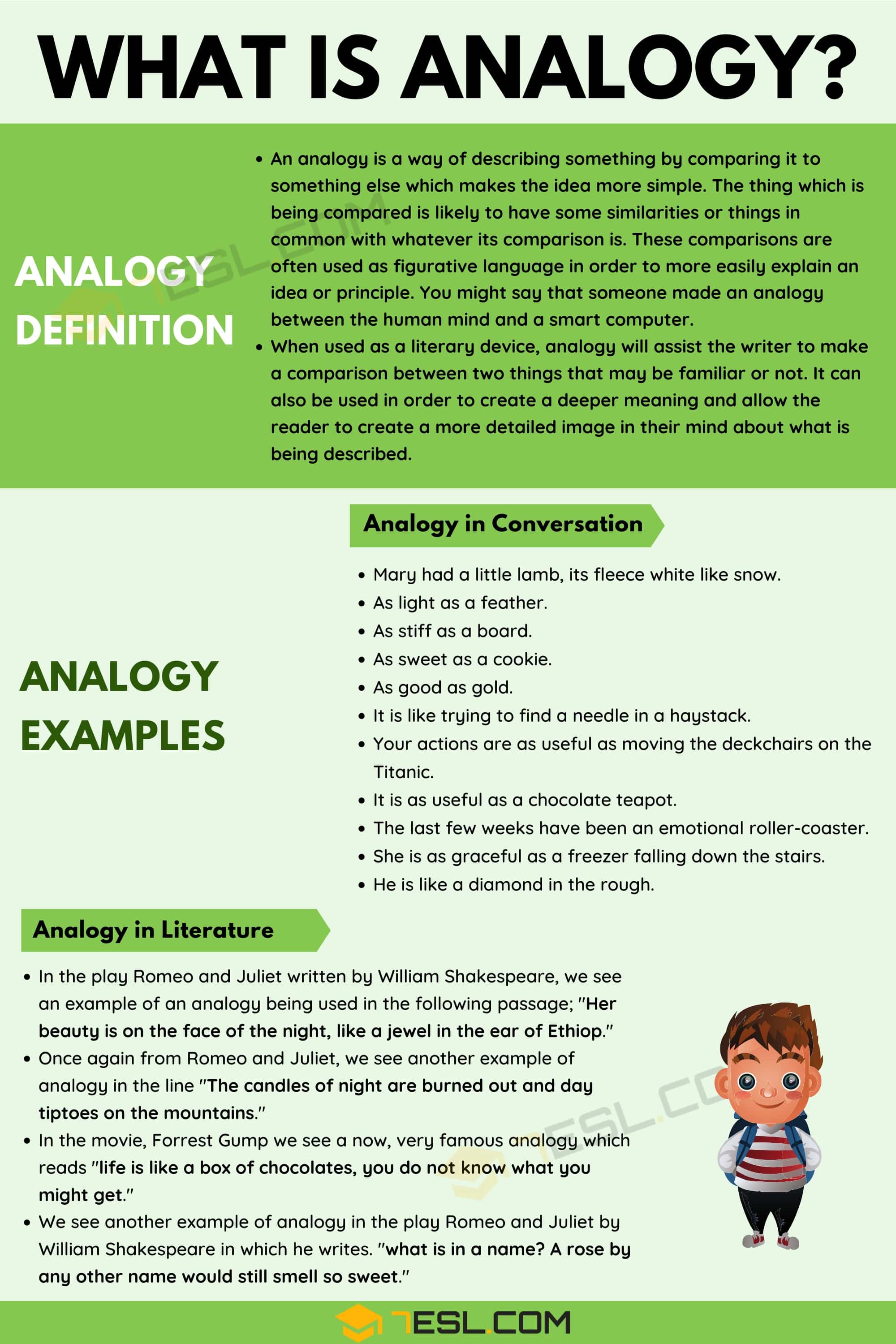