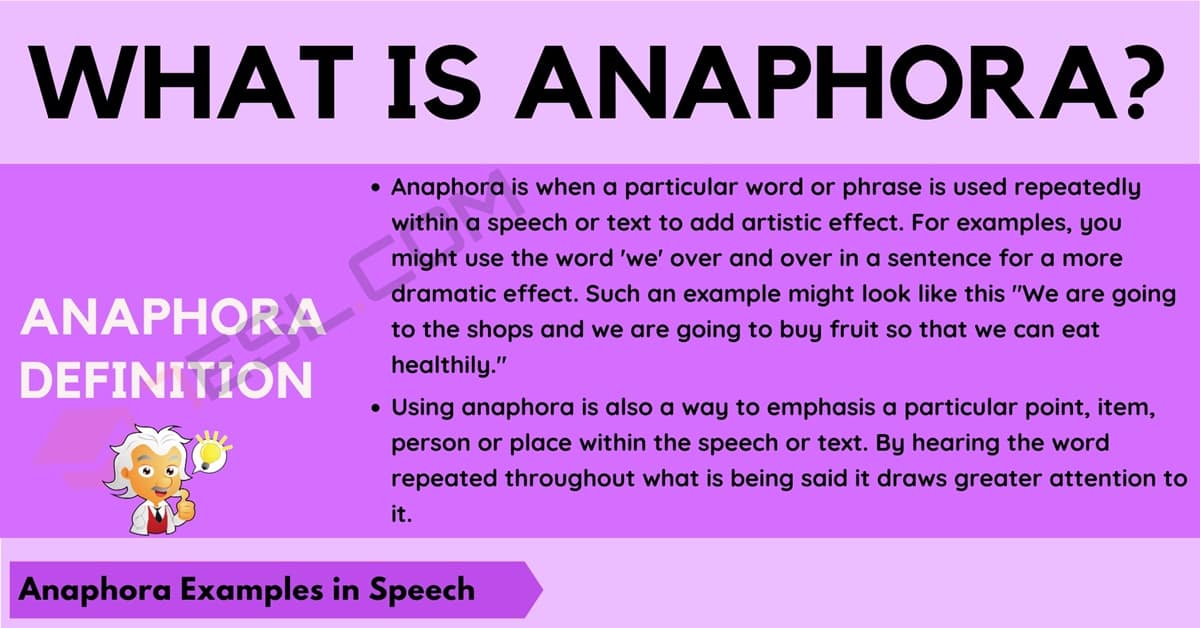 When looking at grammar within the English language, one of the things you are sure to come across is anaphora. But what is this and are we to use it? We are going to look further into anaphora and look at some examples of it being used in both conversations and in literature.

Anaphora is when a particular word or phrase is used repeatedly within a speech or text to add artistic effect. For example, you might use the word ‘we’ over and over in a sentence for a more dramatic effect. Such an example might look like this “We are going to the shops and we are going to buy fruit so that we can eat healthily.”

Using anaphora is also a way to emphasis a particular point, item, person or place within the speech or text. By hearing the word repeated throughout what is being said it draws greater attention to it.

Examples of Anaphora in Speech

There may be many times that you will hear anaphora being used in a day to day conversation. We will now take a look at some examples of sentences that contain anaphora so that we can fully understand its use. Whenever anaphora appears within these examples it will be highlighted in bold.

Examples of Anaphora in Writing

Reading literature is a great way to spot anaphora being used. We are now going to take a look at some examples of where anaphora has been used in poetry, fiction and other types of written work. As with the previous set of examples, any time that anaphora is used, it will be highlighted in bold.

As we have discovered, anaphora is an extremely popular way in literature which authors have used to give much more of an emphasis on a phrase. It is simply the use of a repeated word in order to give a more dramatic effect to a piece of written work or in speech. 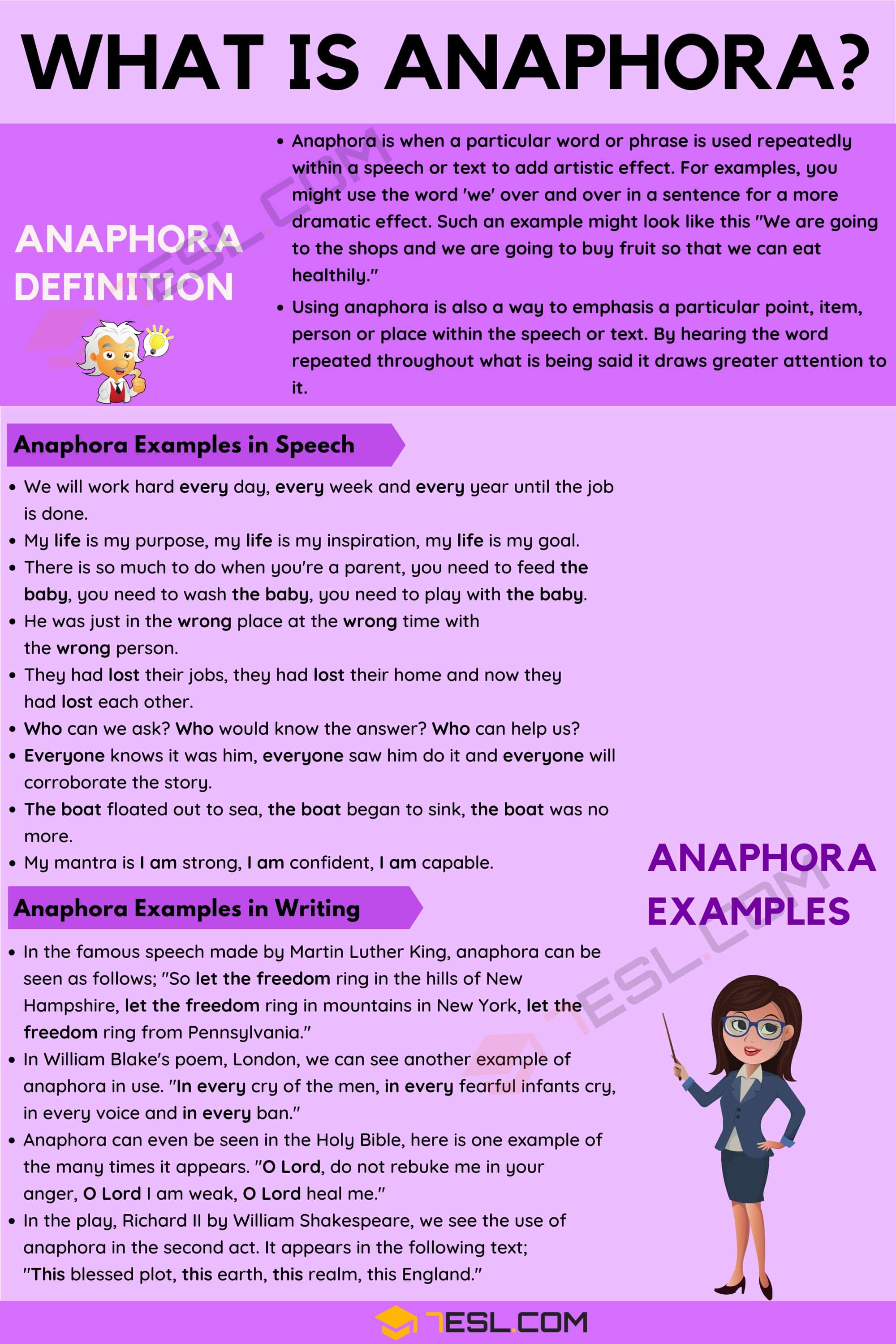