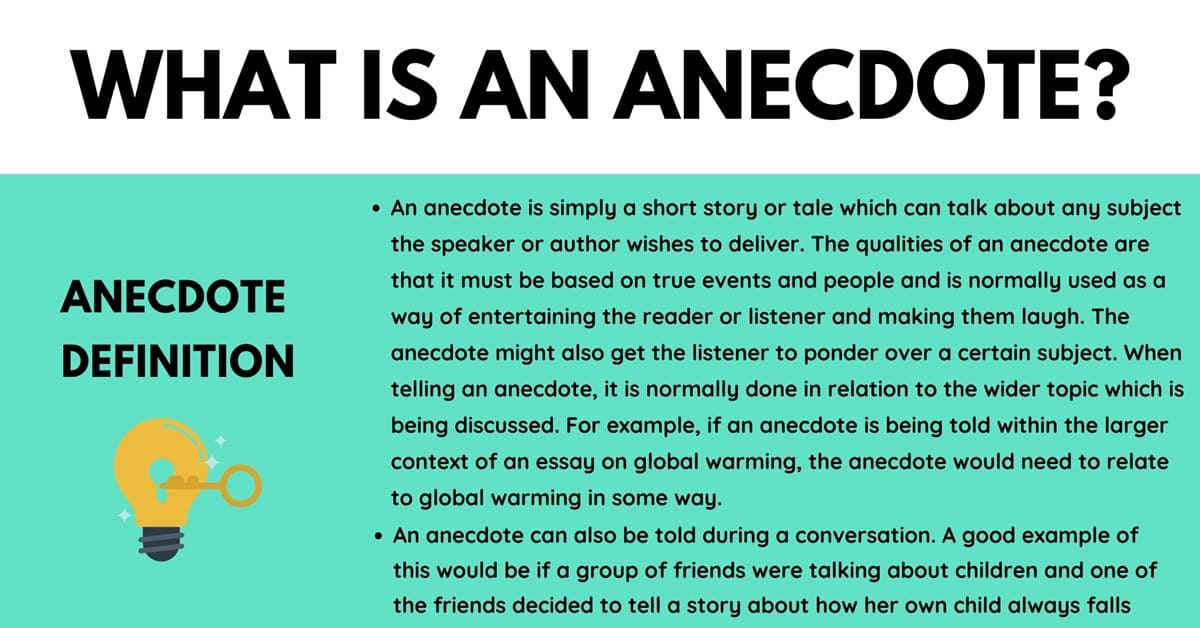 What Is An Anecdote?

An anecdote is simply a short story or tale which can talk about any subject the speaker or author wishes to deliver. The qualities of an anecdote are that it must be based on true events and people and is normally used as a way of entertaining the reader or listener and making them laugh. The anecdote might also get the listener to ponder over a certain subject. When telling an anecdote, it is normally done in relation to the wider topic which is being discussed. For example, if an anecdote is being told within the larger context of an essay on global warming, the anecdote would need to relate to global warming in some way.

An anecdote can also be told during a conversation. A good example of this would be if a group of friends were talking about children and one of the friends decided to tell a story about how her own child always falls asleep at the dinner table, this would be an anecdote.

In short, the anecdote can be any of the following:

Now that we have a better understanding of what an anecdote is and what it is used for, we are ready to take a look at some detailed examples of how the anecdote is used in both spoken conversation as well as in a written context.

As we mentioned, the anecdote is often used during the day to day conversation, in fact, you have probably heard many anecdotes without even realising what they were. Here are some examples of spoken anecdotes.

Authors will often use an anecdote in their writing as a way of entertaining their audience or providing them with an interesting tale. There have been many examples of anecdotes being used in literature and we are going to be taking a look at some of these now. 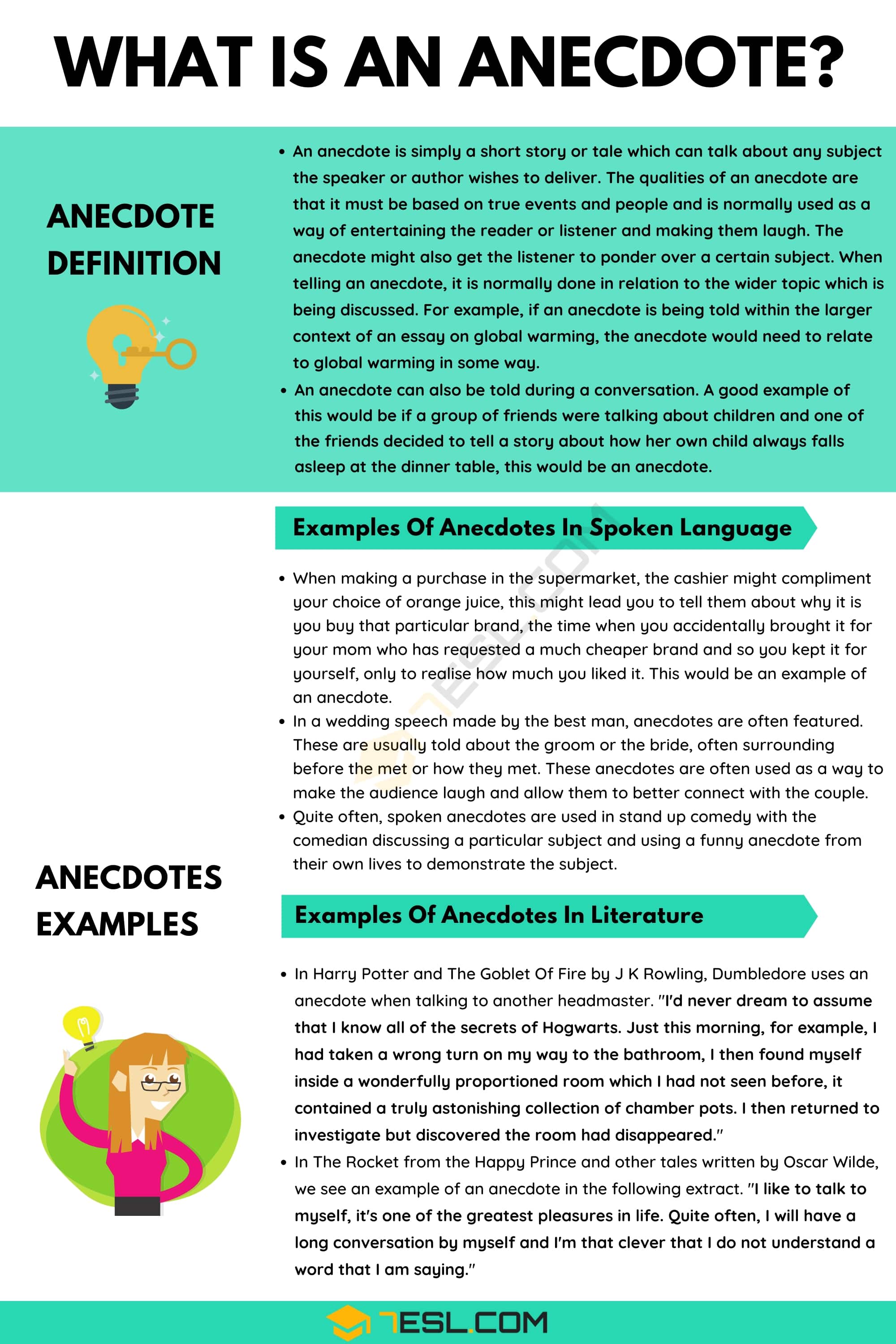