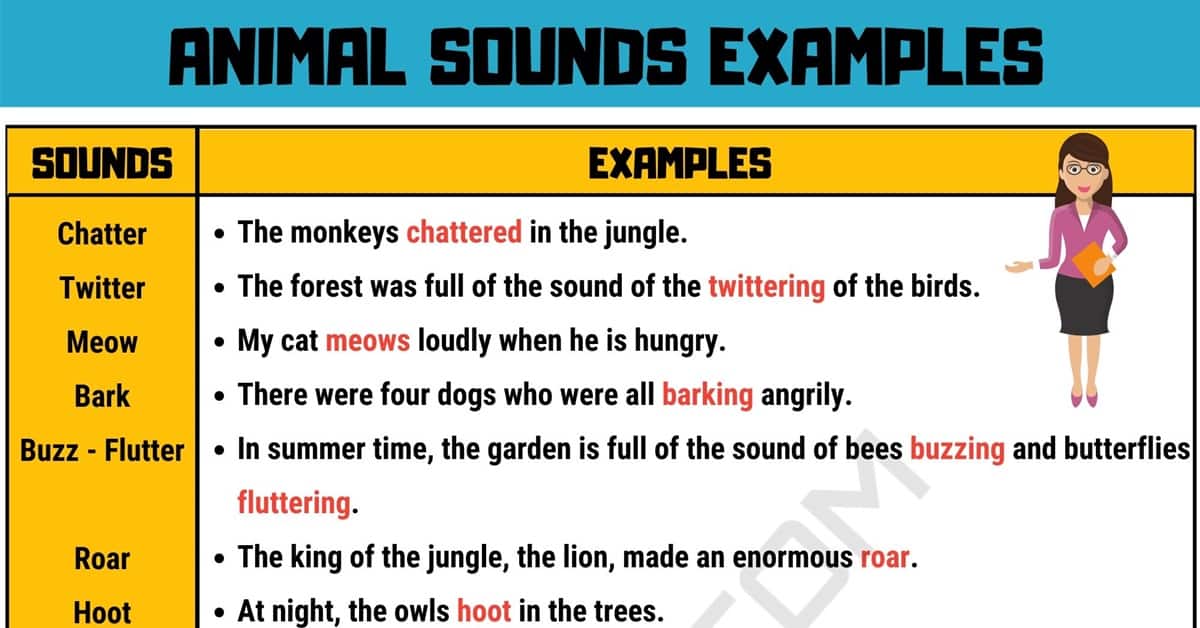 When speaking in or listening to the English language you are sure to come across some animal sounds. Whilst animals make the same sound all over the world, different languages have different ways of saying and spelling the sounds that the animals make.

A word that sounds the same as the noise it is describing is known as a word of onomatopoeia and animal sounds fall into this category. We are going to take a look at the different animal sounds and how they are spelt when written down. We will also look at how these words work in a sentence and explore a comprehensive list of the various sounds that animals make.

We will now look at a detailed list of the sounds which are made by animals, each one will be spelled out and its animal listed alongside it. 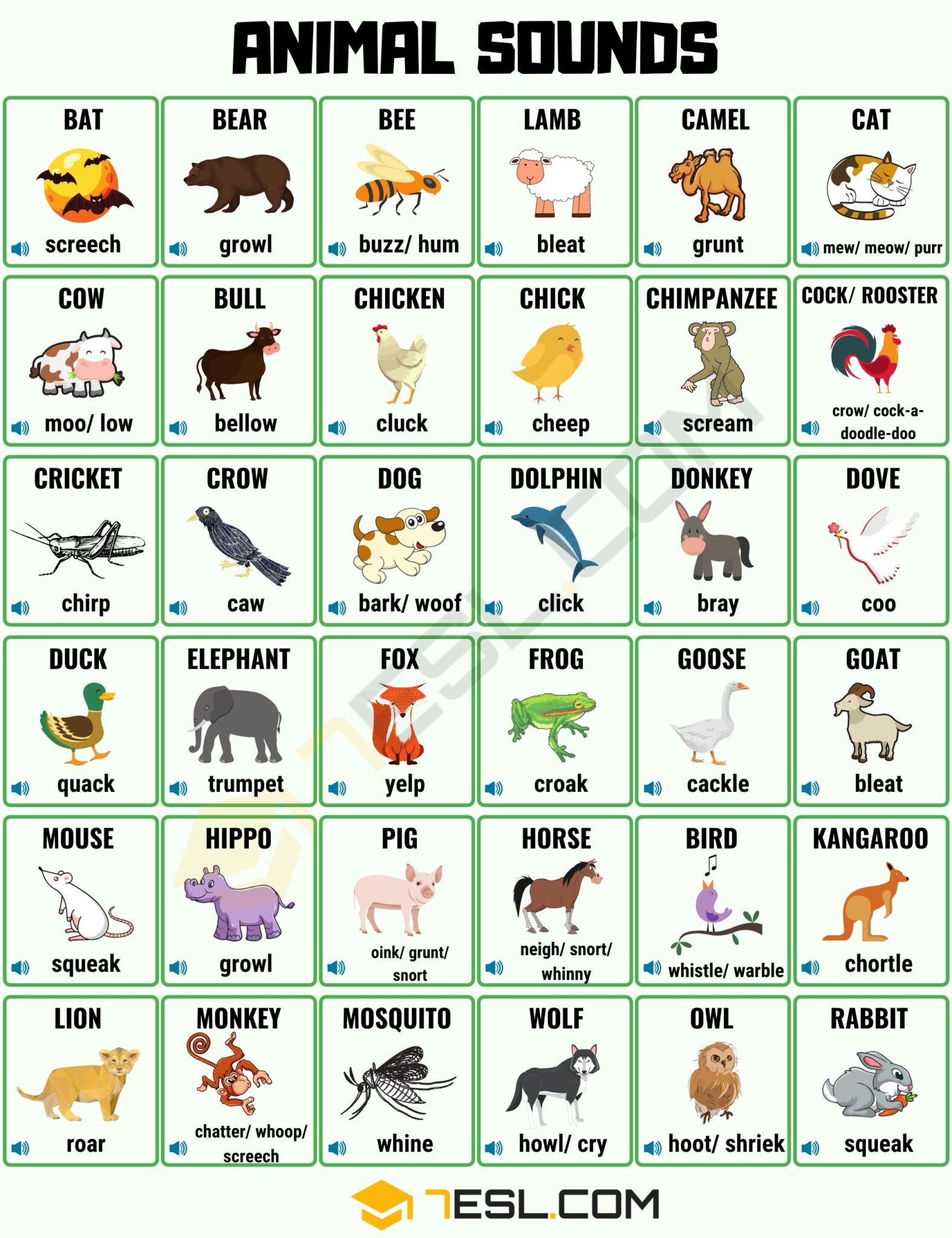 The Use of Animal Sounds in a Sentence

Now we are going to take a look at how these animal sounds would look in a sentence. Here are some examples to demonstrate this.

A great example of the use of animal sounds in the English language is the children song ‘Old MacDonald‘ which is a rhyme designed to teach children the sounds which are made by animals. Even for adults, it is an effective way of remembering the correct sound words when thinking about animal sounds. The repetition of the animal sounds during the song is a great way to help remember them.

As with all languages, the way that animal sounds are spelt and pronounced can vary greatly. By remembering these sound words we are adding an important skill to our language knowledge. These types of words fit into the category of onomatopoeia because they resemble the sound about which they are referring to. 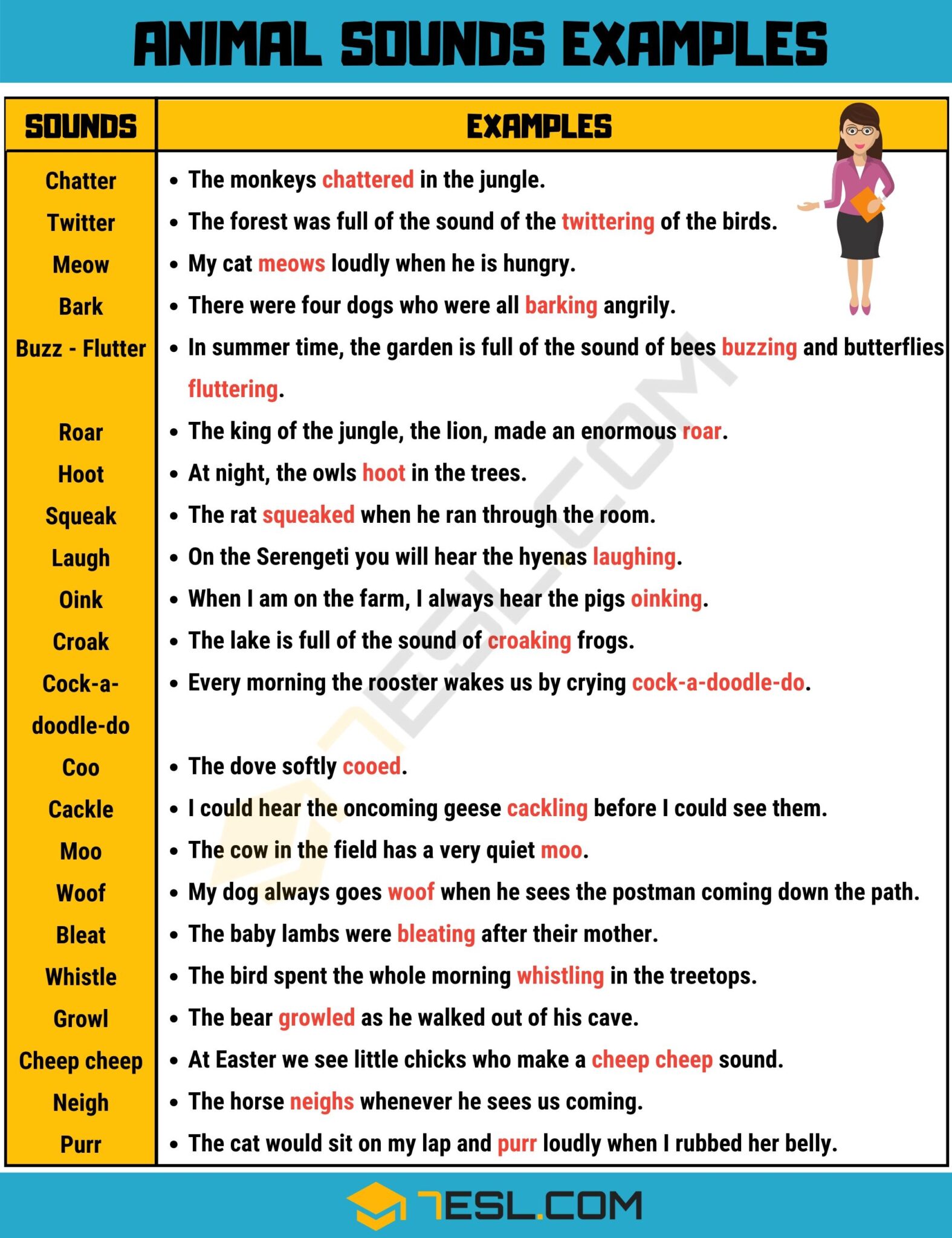 thank you…these materials will serve and arouse the interest of my pupils… i will recommend you to my co-teacher. God bless…