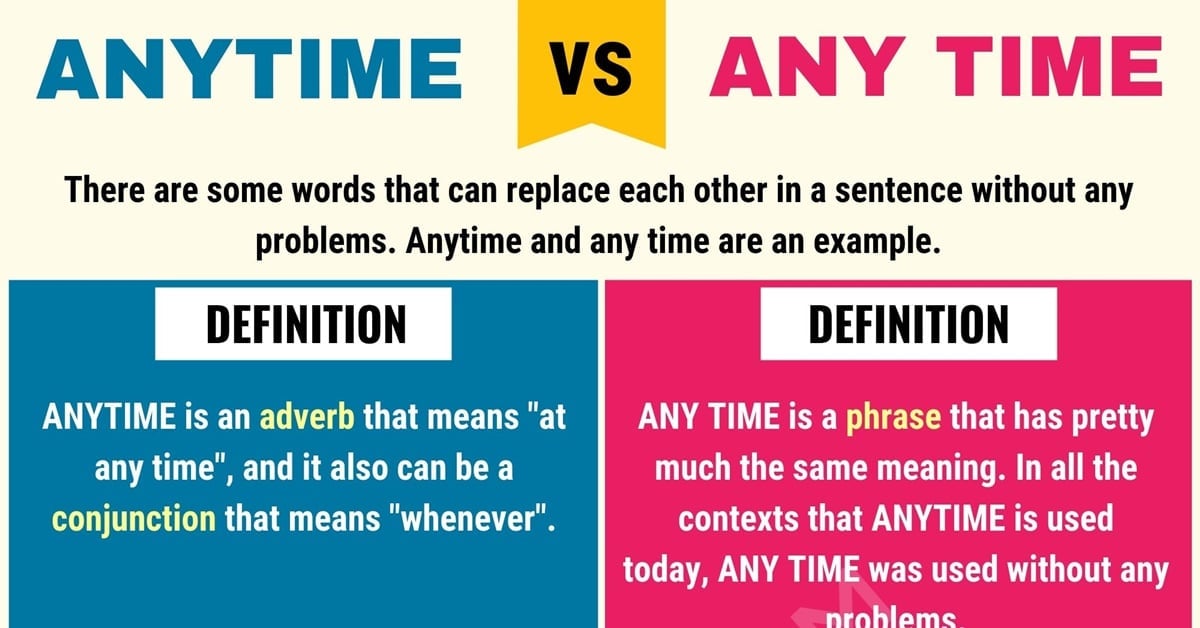 Anytime vs. any time! When you come across two English words that look very similar, you might start thinking that there certainly is a very big difference that you should be aware of. And you’ll do the right thing if you do that. Thankfully, there are some words that can replace each other in a sentence without any problems. Anytime and any time are an example.

Anytime vs. Any Time

ANYTIME is an adverb that means “at any time”, and it also can be a conjunction that means “whenever”. ANY TIME is a phrase that has pretty much the same meaning. In fact, anytime as a word first appeared in the dictionaries only in the 1930s. Before that, in all the contexts that this word is used today, any time was used without any problems.

How to Use Anytime or Any Time Correctly?

In most cases, any time and anytime are interchangeable. However, sometimes it’s logical to use the two-word version. For example, if you form the phrase “at any time”, you can’t spell “any time” as one word because this phrase won’t make sense with an adverb instead of a noun. Or, if you’re in a hurry, you will say, “I don’t have ANY TIME to spare”, not “I don’t have ANYTIME to spare”. The reason is the same: this sentence needs a noun, not an adverb.

To feel safe, you should prefer to use any time in all of your writing, especially formal. Many British dictionaries don’t even have the word anytime in them, and where this word exists, it’s often called a casualism. Any time, spelled as two separate words, doesn’t create arguments, and it’s been used for a lot longer than its one-word version. So, there’s no reason why you shouldn’t use it as well.

Anytime vs. Any Time Examples

When to Use Anytime vs. Any Time | Picture 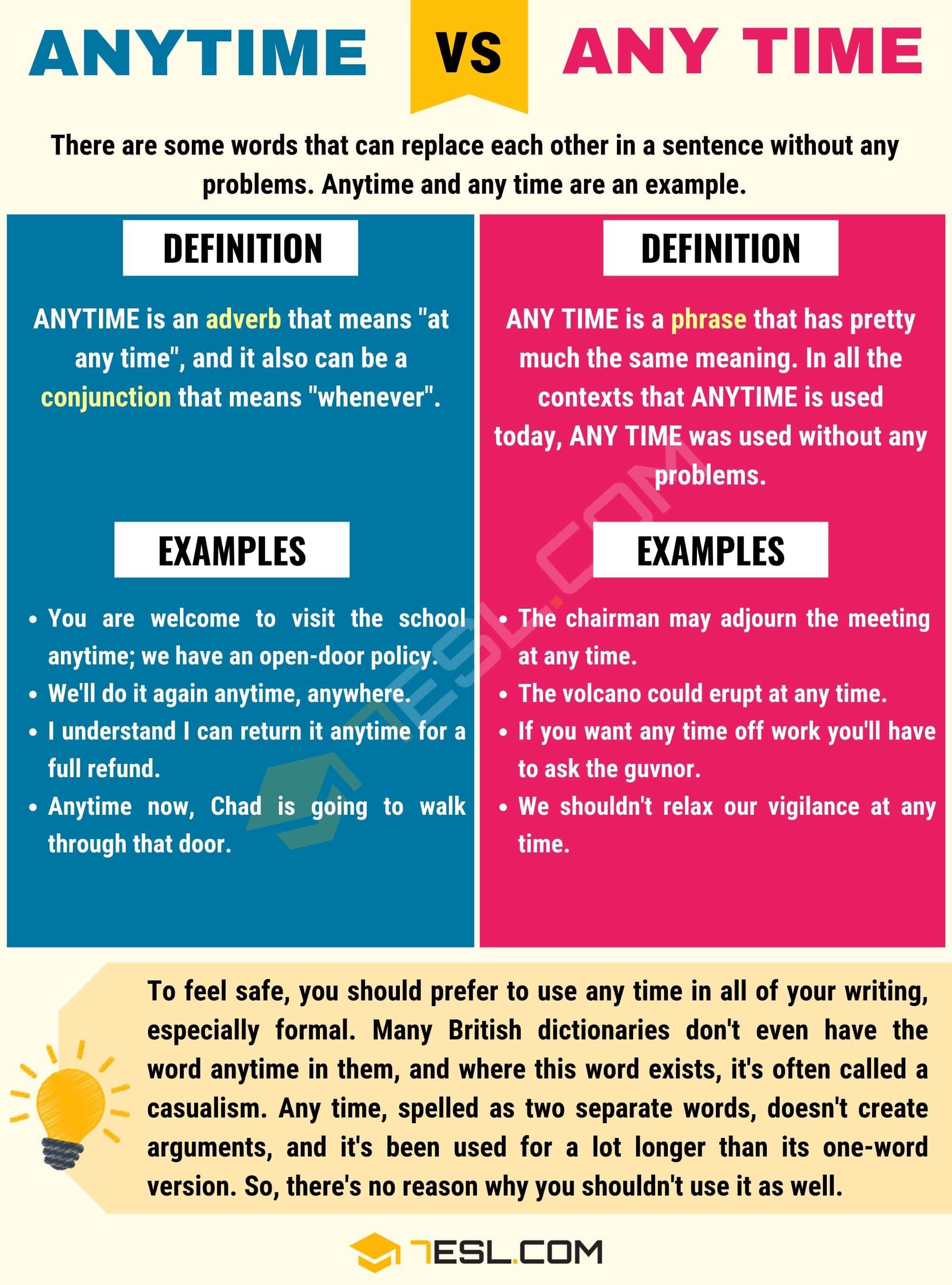 Any Time or Anytime: Difference between Anytime vs. Any Time