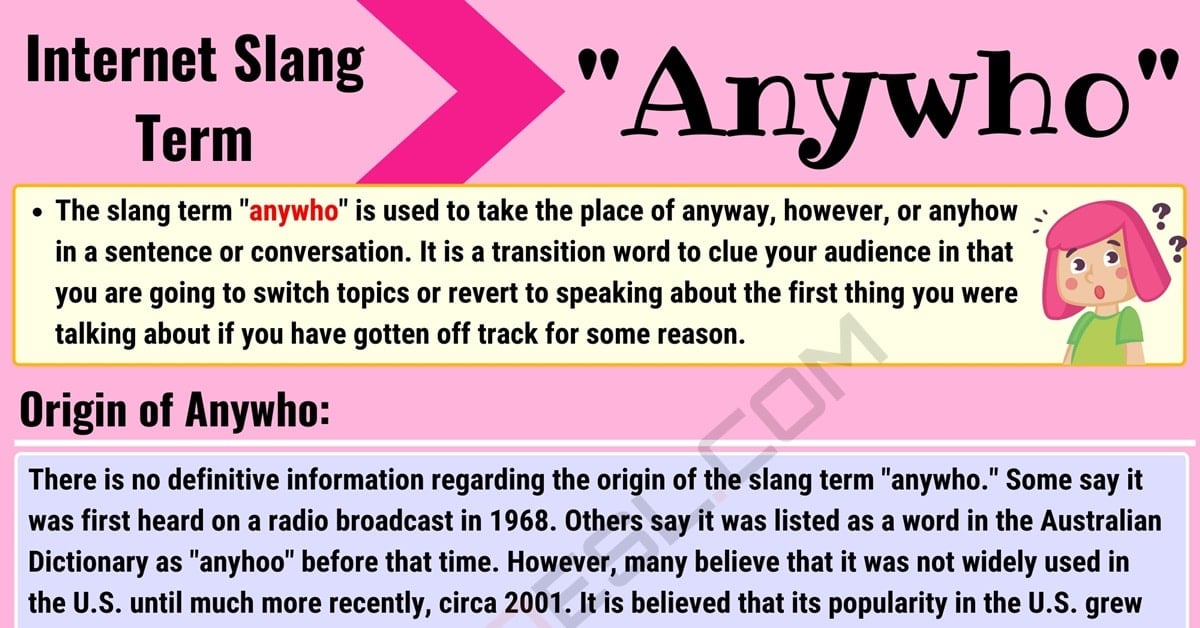 “Anywho” is a slang term you will hear, not only used on the internet and in text messages, but also everyday conversation and writing. Although this term may seem like a word that is incorrectly spelled at first glance, it is spelled correctly and is a term all on its own.

Here you will find the meaning of this slang term and information about its origin if there is any available. You will also find some other meanings if they exist and see the term used in example conversations that will help you to better comprehend its usage and meaning. Finally, you will see some synonyms for the slang term that you can use in its place when speaking or writing to relate the same meaning.

What Does Anywho Mean?

The slang term “anywho” is used to take the place of anyway, however, or anyhow in a sentence or conversation. It is a transition word to clue your audience in that you are going to switch topics or revert to speaking about the first thing you were talking about if you have gotten off track for some reason.

There is no definitive information regarding the origin of the slang term “anywho.” Some say it was first heard on a radio broadcast in 1968. Others say it was listed as a word in the Australian Dictionary as “anyhoo” before that time. However, many believe that it was not widely used in the U.S. until much more recently, circa 2001. It is believed that its popularity in the U.S. grew through its comic usage on popular television shows like Friends and The Simpsons.

There are no other meanings listed for the slang term “anywho” or “anyhoo,” regardless of the way it is spelled.

An online conversation between two Facebook users about an item listed for sale. 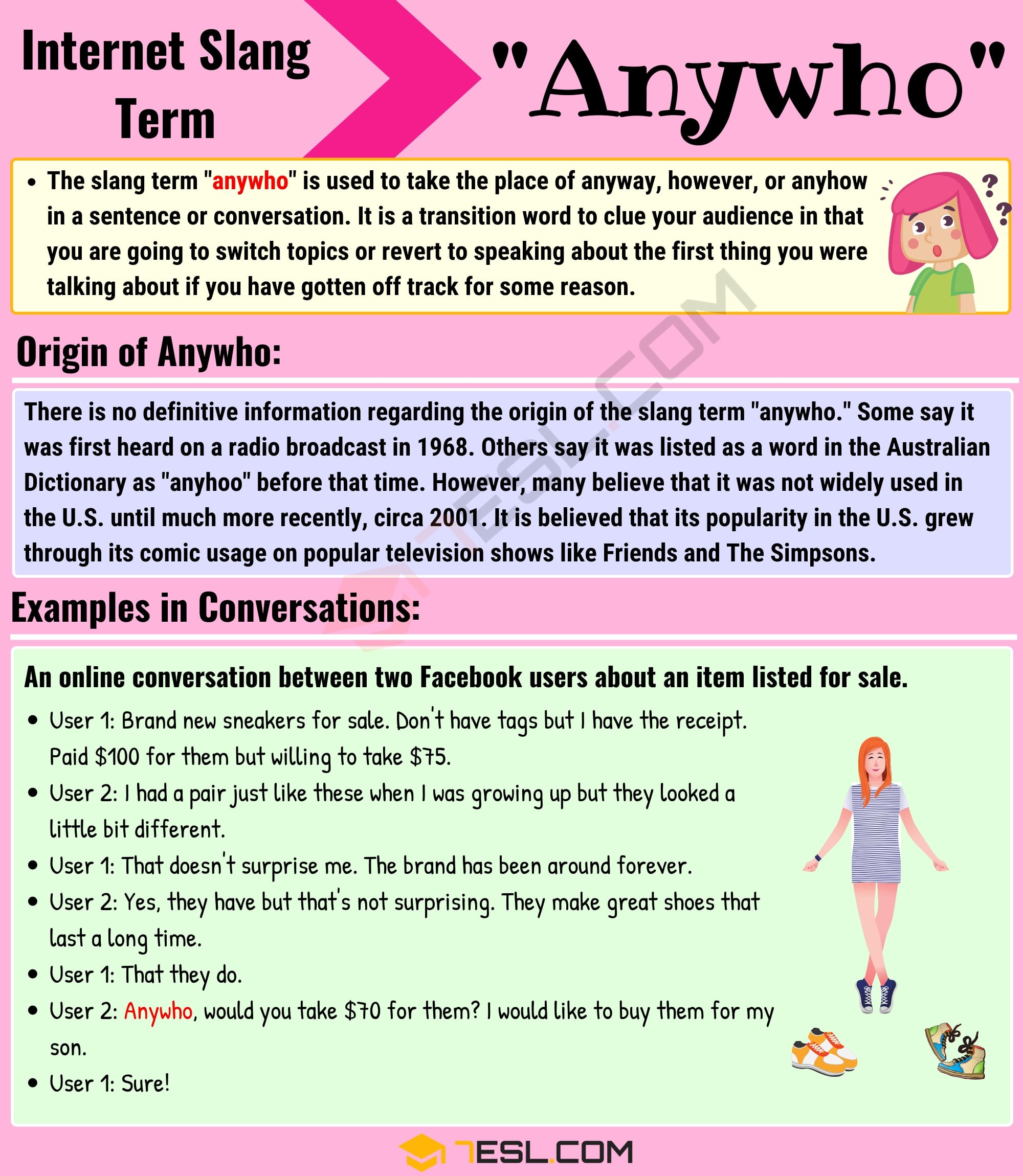 Dumb in the extreme. No obvious connection to logic or other practical relationship in reality. Like “Got, gotten, get” that is – to me – a jarring corruption of correct ENGLISH expression. Got ~ received, obtained, acquired. Gotten ~ received, obtained, acquired. Get ~ obtain, take possession of, understand – etc.. “Get” in particular is a horrible mangling of English language. The conjunction of “have got” and similar seem even more silly to me. ‘Have’ by itself does the job, unless you wish to expand to … …have received. …have obtained. …have acquired. It is too late for any of… Read more »

To further make my point. The formatting I used in above was completely trashed by the receiving computer. Format is a useful (in fact – a vital) aspect of text communication in any form. So why do you and thousands of other sites trash the efforts of your readers and respondents by mangling what was otherwise quite legible.