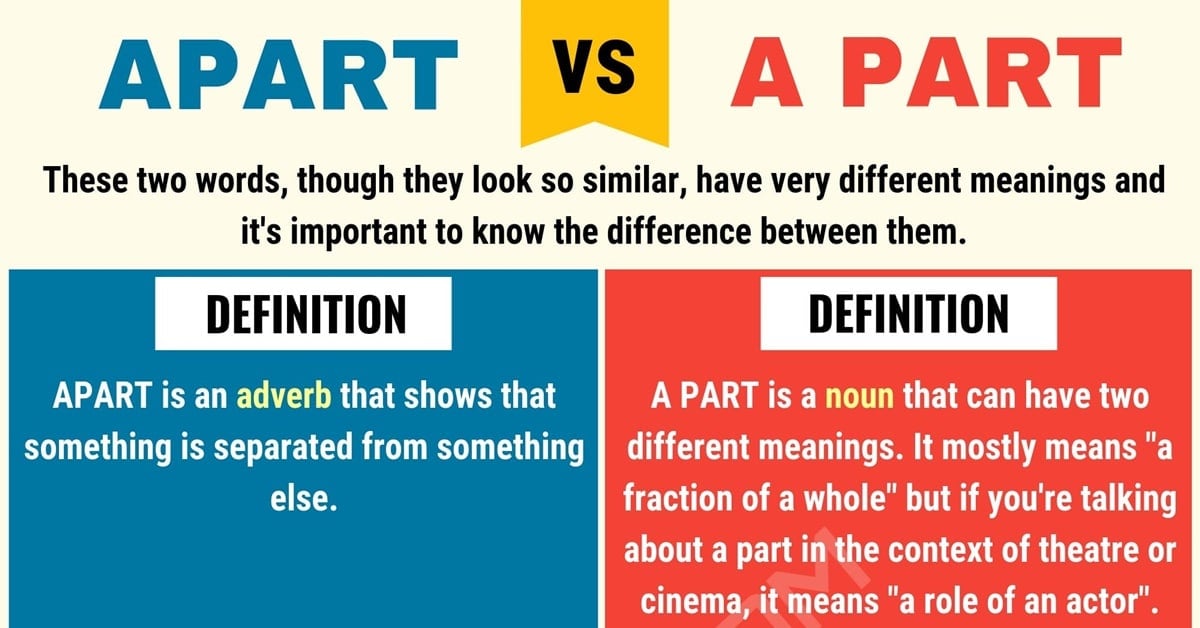 Apart vs. a part! Anyone, whether English is their first or second language, can find themselves confused when it comes to words that are spelled the same except for a space that exists in one of the words but doesn’t exist in the other. One such pair is apart vs. a part. These two words, though they look so similar, have very different meanings and it’s important to know the difference between them.

Apart vs. A part

APART is an adverb that shows that something is separated from something else. A PART, in contrast, is a noun that can have two different meanings. It mostly means “a fraction of a whole” but if you’re talking about a part in the context of theatre or cinema, it means “a role of an actor”.

When to Use Apart

When you’re talking about two things that are separated from each other, be it in time, literally or figuratively, you need to use apart as one word. An example would be when you say, “The two sisters have never spent more than a week apart from each other”.

You can also use apart when you’re talking about rendering something to pieces. For instance, you can say that there was a very close and friendly community at your school but the new headmaster tore everyone apart.

Finally, instead of saying except for, you can say apart from. For example, “apart from the cucumbers in the salad that tasted funny, the meal was excellent”.

When to Use A Part

When it comes to a part as two words, it can also be used in different contexts. You might ask someone for a part of their sandwich. You might say that you feel as if your closest friend was a part of your family now. Or, you might state that tomorrow you will audition for a part in the school play.

Tips to Remember the Difference between Apart vs. A Part

How do you remember the difference? There are two things you can do. Your first option is to remember the prepositions that usually go together with each word. Apart is often accompanied by from, e.g. “Everyone in the room was quiet, apart from Mary”, while a part often goes with of, e.g. “Once I came to the new city, I started feeling like a part of the community”.

The second option that you have is to check whether you can remove a from the sentence. If you do that and the sentence still makes sense, you need to use a part; otherwise, use apart. For instance, you can say, “I want to become part of this club” instead of “I want to become a part of this club”, but you can’t say, “We split part two years ago” instead of “We split apart two years ago”.

Apart vs. A Part Examples

Difference between Apart vs. A Part | Image 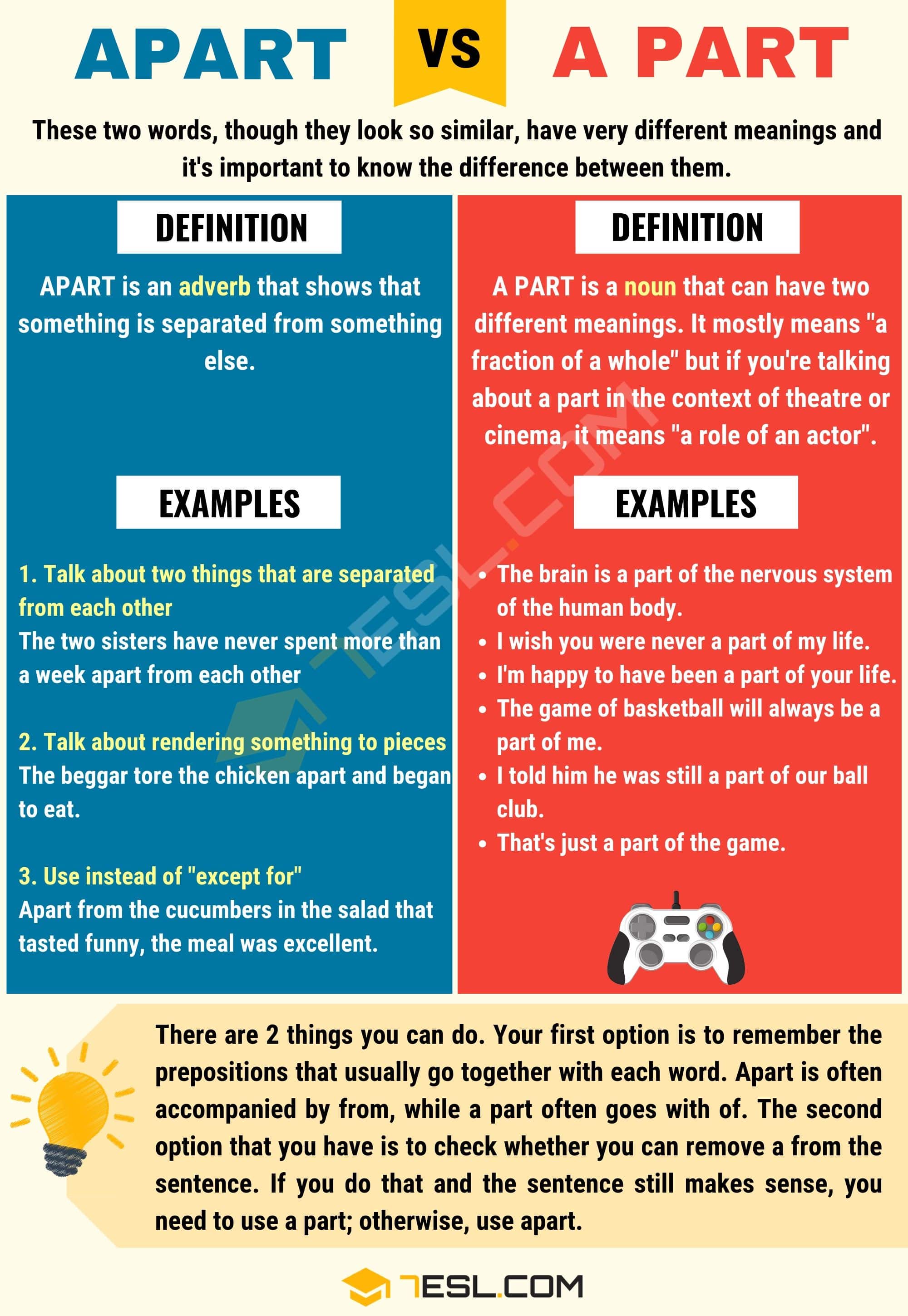 How to Use Apart vs. A Part Correctly?