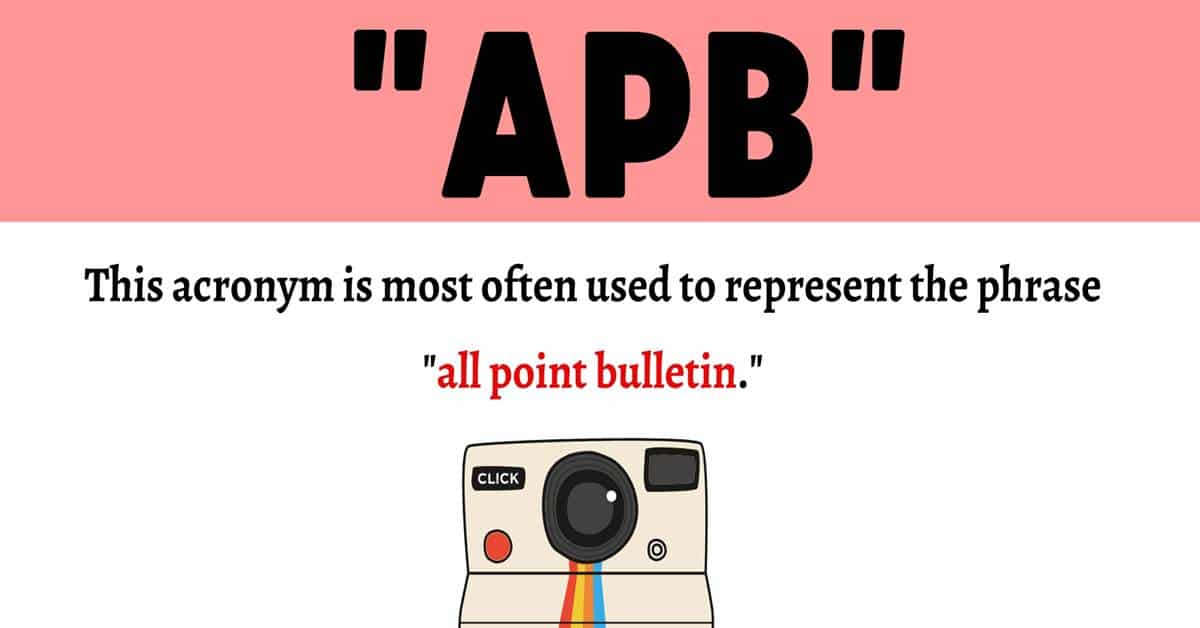 The acronym “APB” has been used for many years, especially in one particular field. If you have recently come across this acronym and were wondering its meaning, then you have arrived in the right spot. Here you will find the meaning of this term and the phrase that it represents. You will also find details about its origin and some other meanings if it has any. Conversation examples will be provided to you here as well so you can learn how the term is used properly in an everyday context and help you gain a better knowledge of its meaning. Finally, you will see some words or phrases that can be used in place of the phrase that this acronym represents that will not change its meaning.

What Does APB Mean?

This acronym is most often used to represent the phrase “all point bulletin.” It is a way of saying “be on the lookout” for whatever information is contained in the notification or the broadcast.

This term originated in the 1960s within the field of law enforcement. It was used as a broadcast so that agencies could communicate with each other to find wanted suspects or people of interest for crimes that they have committed or may have been involved with in some fashion. These types of notifications can also contain information regarding the make and model of a car if one was involved in the crime or it is the car believed to be driven by the suspect.

Like most acronyms, this one too can also be used to represent other phrases as well that represent more specific things such as titles of organizations or job-related processes. Some of the other things that this acronym can be used to represent are “Accounting Principles Board,” “Annual Performance Bonus,” “Atrial Premature Beat,” “Analytical Processing Benchmark,” and “American Policy Board.”

A conversation between wife and husband via text message.

There are a few synonyms that you could use to replace this acronym and the phrase that it represents without changing the meaning of the original term. Some of the other phrases you could use instead include: 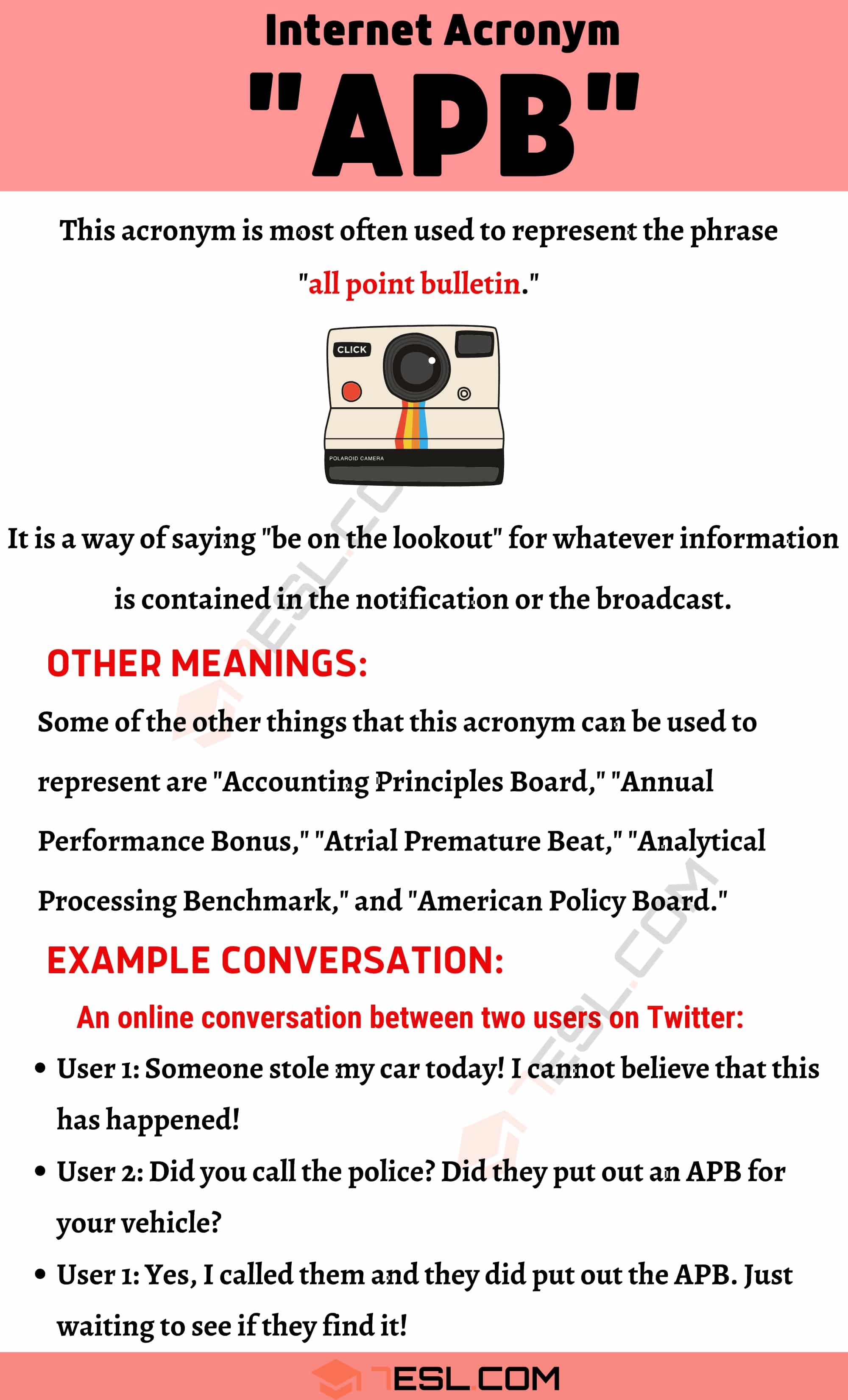