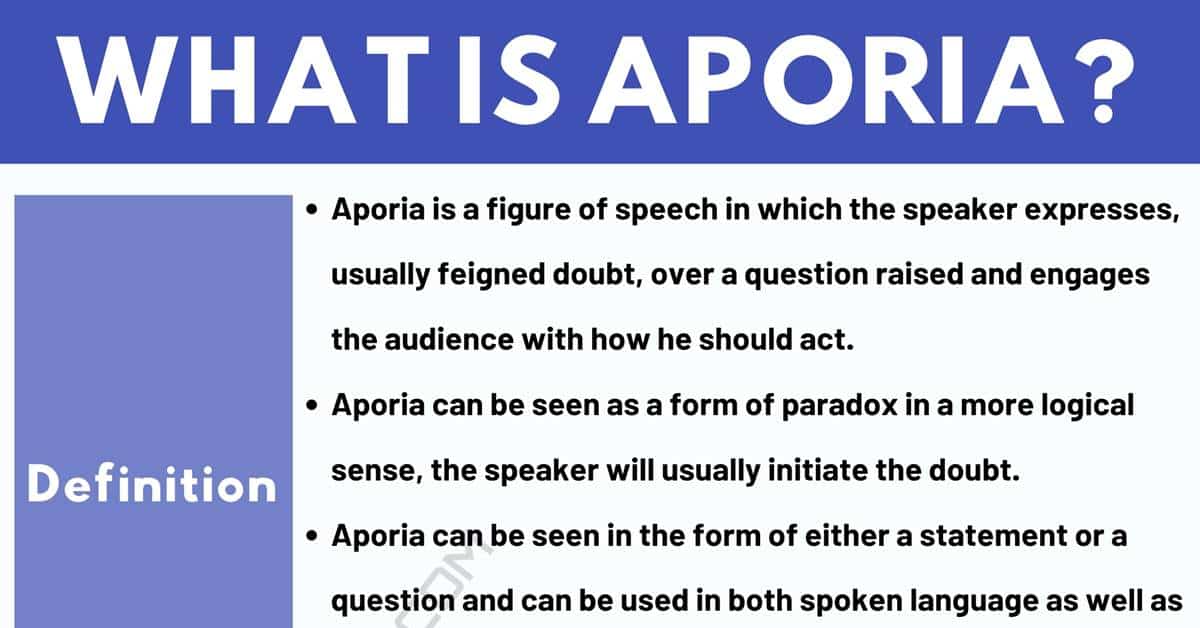 Aporia is defined by Merriam Webster as a real or pretend doubt which can be used for rhetorical effect. Aporia is a figure of speech in which the speaker expresses, usually feigned doubt, over a question raised and engages the audience with how he should act. Aporia can be seen as a form of paradox in a more logical sense, the speaker will usually initiate the doubt.

Aporia can be seen in the form of either a statement or a question and can be used in both spoken language as well as a literary device. Aporia can also be seen as a rhetorical question, this is a question which casts doubt but does not necessarily need an answer.

Aporia can be used within the day to day conversation, we are now going to take a look at some examples of aporia within a spoken context.

When used as a rhetorical device in literature, aporia is useful for adding artistic airs especially to a question which does not have an obvious answer, this is prevalent within philosophical writing. Let’s now take a look at some examples of times in which writers have used aporia within their work.

Aporia is a form of the figure of speech within the English language which can be used to express doubt surrounding a question or statement. It can be used in both day to day conversation or within literature such as poetry, prose and song. 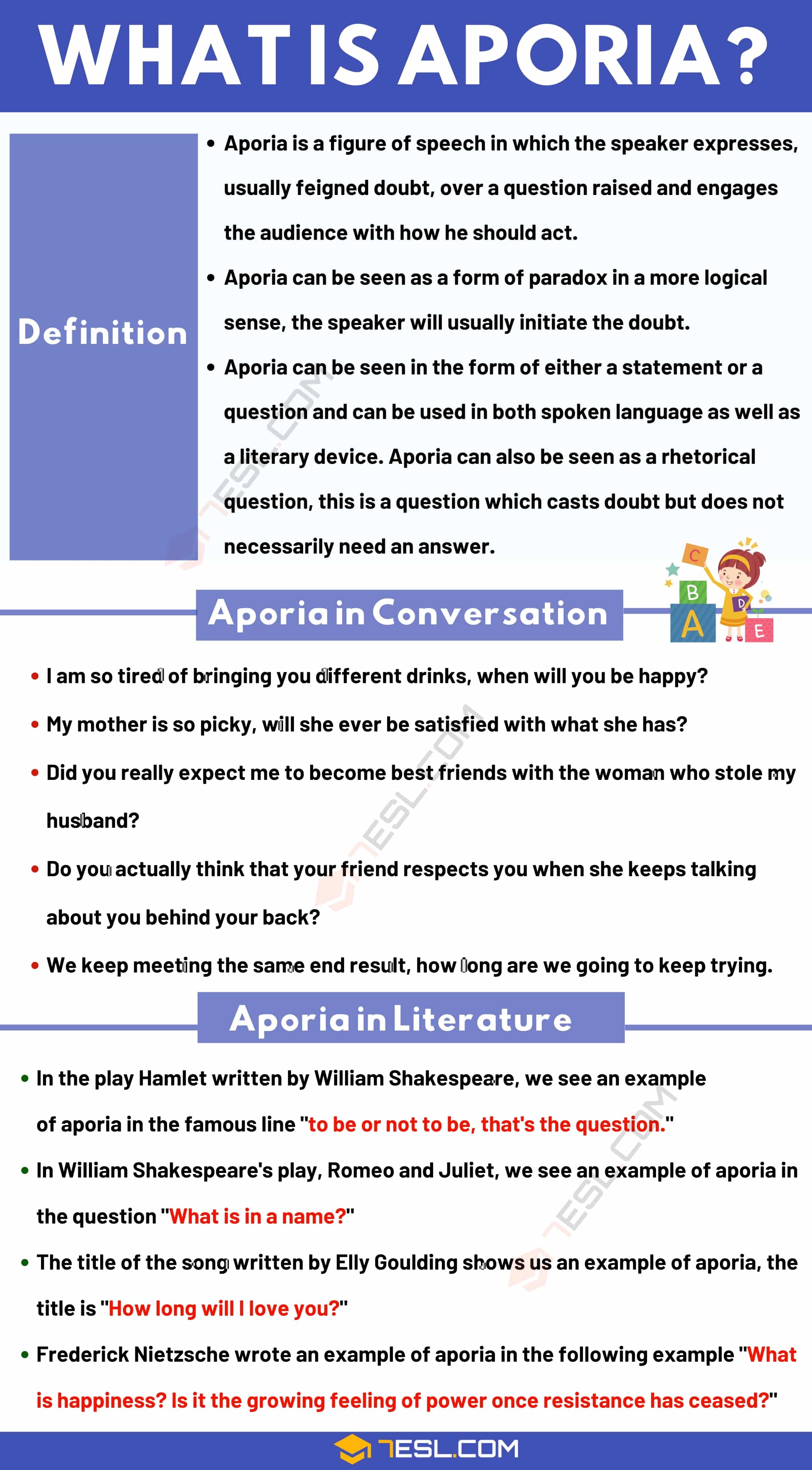