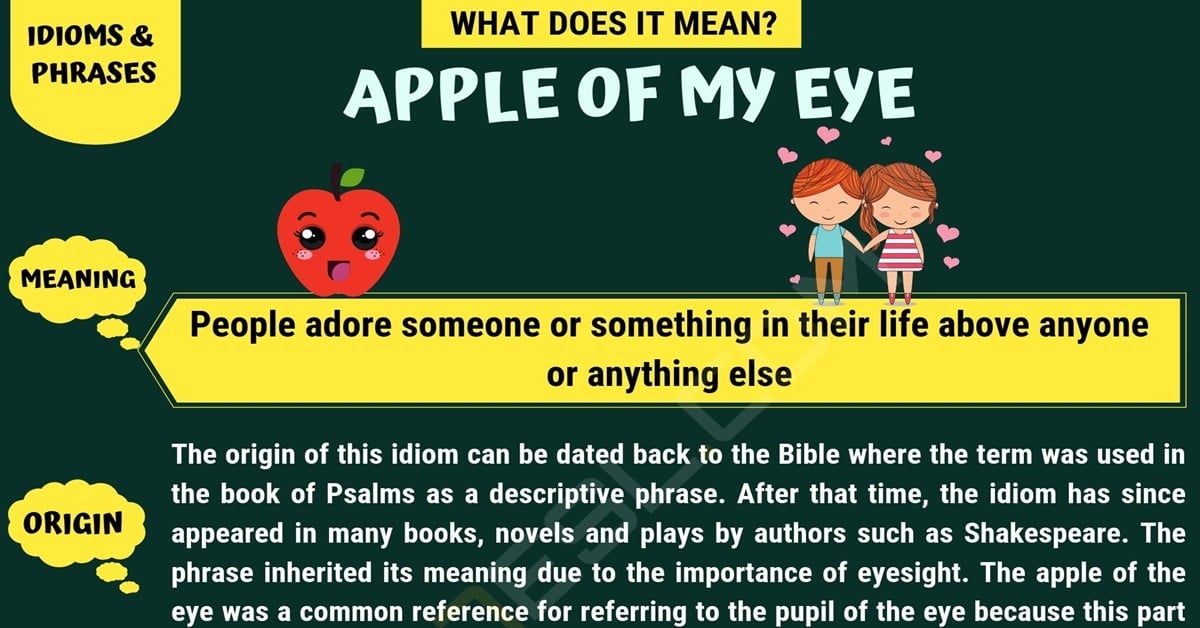 What does the idiomatic expression “Apple of my Eye” Mean? Idioms are figurative speech used to covey a person’s thoughts or feelings in a non-literal way. Typically, popular idioms that are used today have been used for hundreds of years. The idiom “apple of my eyes” is one of these figurative phrases. Here you will find the meaning of this phrase, the origin behind the phrase, examples showing how to properly use the phrase in conversation/statements and other ways to say the same thing.

Apple of my Eye

Apple of my Eye Meaning

The idiom “apple of my eye” is a descriptive phrase that people use to mean they adore someone or something in their life above anyone or anything else.

Origin of this idioms

The origin of this idiom can be dated back to the Bible where the term was used in the book of Psalms as a descriptive phrase. After that time, the idiom has since appeared in many books, novels and plays by authors such as Shakespeare. The phrase inherited its meaning due to the importance of eyesight. The apple of the eye was a common reference for referring to the pupil of the eye because this part of the eye was thought to be round and solid like an apple. During this period eyesight was considered cherished due to the lack of medical care.

“Apple of my Eye” Examples

A news reporter reporting on the first baby born on New Year’s Day.

A man being interviewed about his vintage car.

Other Ways to Say “Apple of my Eye”

Like all idioms, there are literal ways to say the same thing. For instance, saying she is the most precious thing in the world to me, he’s the love of my life or this is the thing I love the most in all the world.

Apple of my Eye | Picture 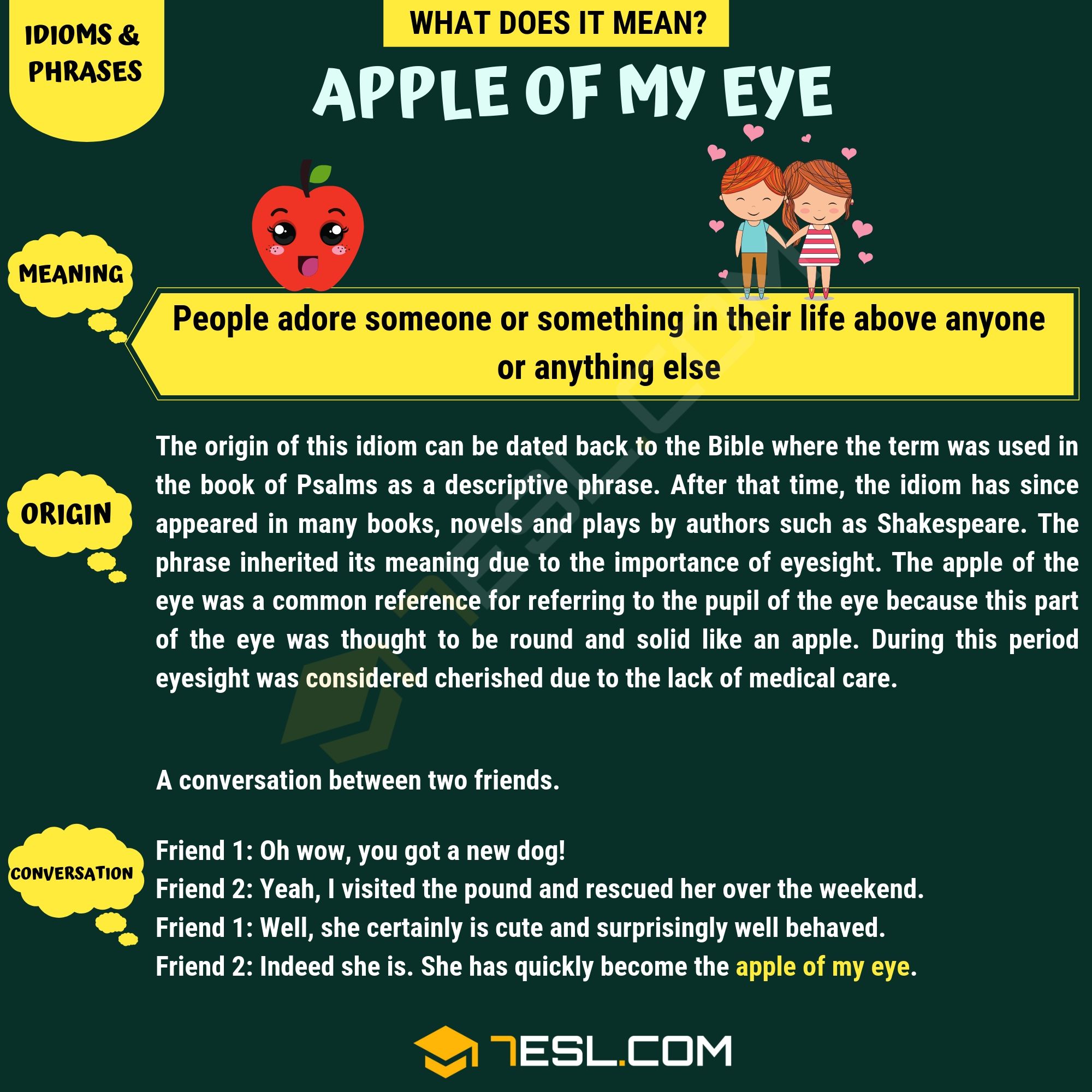