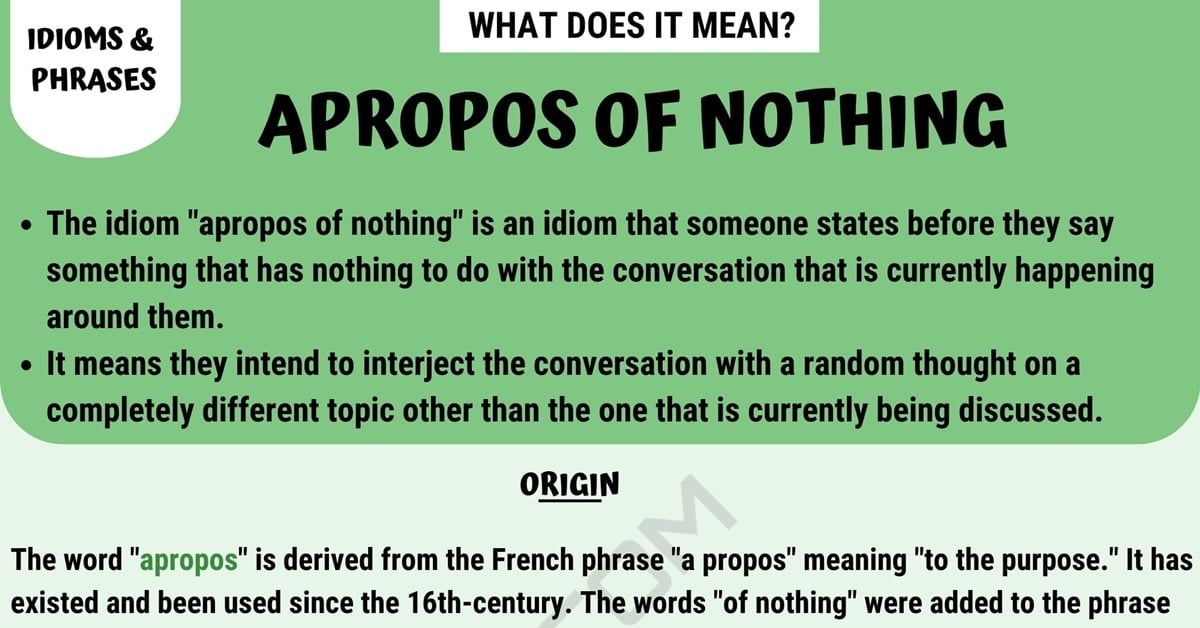 The idiom “apropos of nothing” will not be a phrase that you will encounter often. Its usage has fallen by the wayside because of its uptight sound. However, if you have encountered this phrase recently and your confusion as to what it could mean bought you here, then you have come to the right place. Below you will find the meaning of this phrase, information behind its origin, and some example sentences and conversations to help you better understand. You will also discover some alternative words or phrases you can use to replace the phrase “apropos of nothing” during a conversation.

Apropos Of Nothing Meaning

The word “apropos” is derived from the French phrase “a propos” meaning “to the purpose.” It has existed and been used since the 16th-century. The words “of nothing” were added to the phrase to show that someone is mentioning a topic at random that has nothing to do with the current topic of discussion. You will not hear it as often today because its usage has slipped due to its archaic sounding English.

“Apropos Of Nothing” Examples

Alternatives to “Apropos Of Nothing”

What does “Apropos Of Nothing” Mean? | Picture 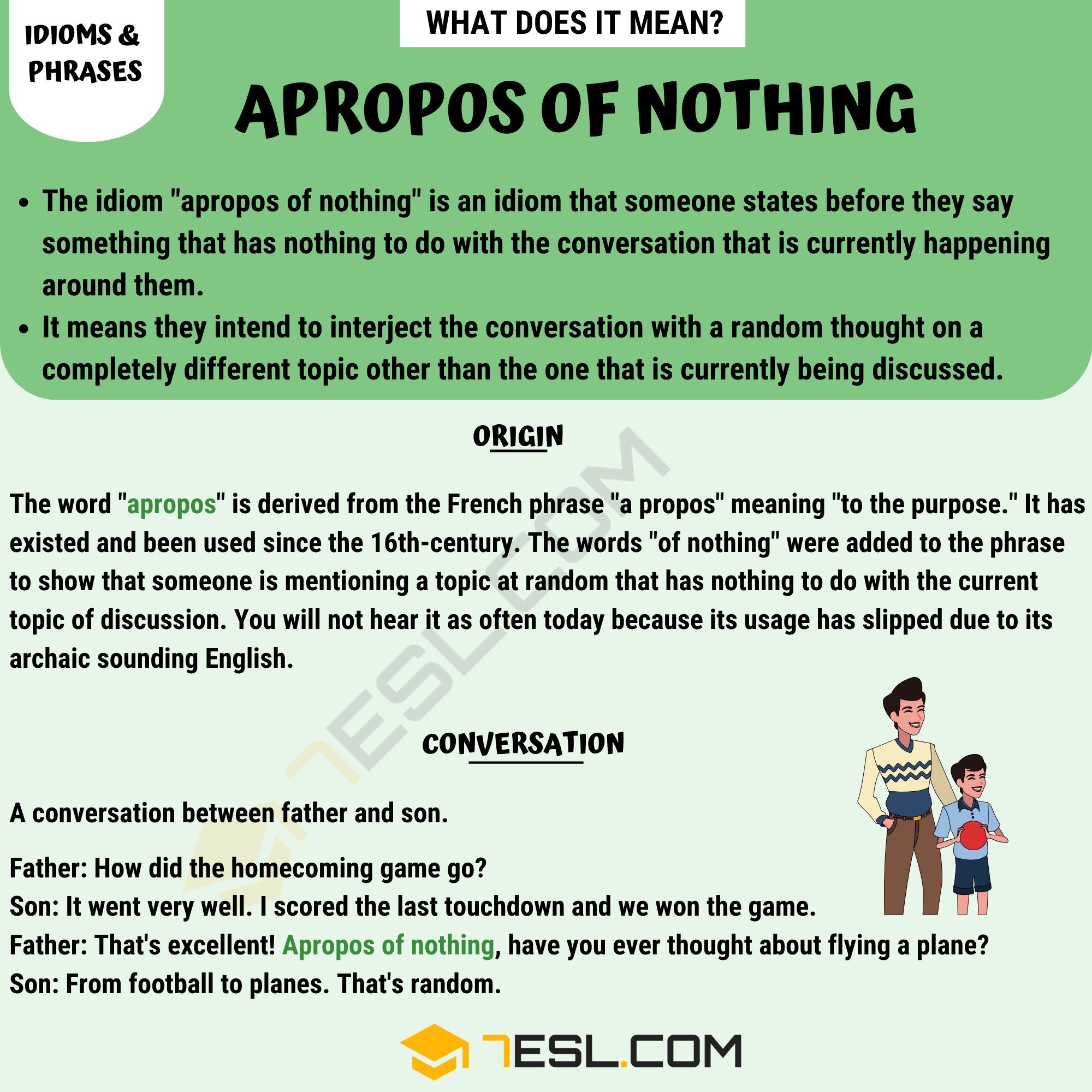 I wish I felt confident enough to use this phrase. It just doesn’t roll off my tongue compared to “oh, by the way” and I feel that explaining the idiom would not be of any benefit and would only serve to sound pretentious, thus causing embarrassment. A shame though. I like it. You really need to think of your ‘off topic’ sentence before using ‘apropos’ and sometimes that can make you think twice about your interjection.