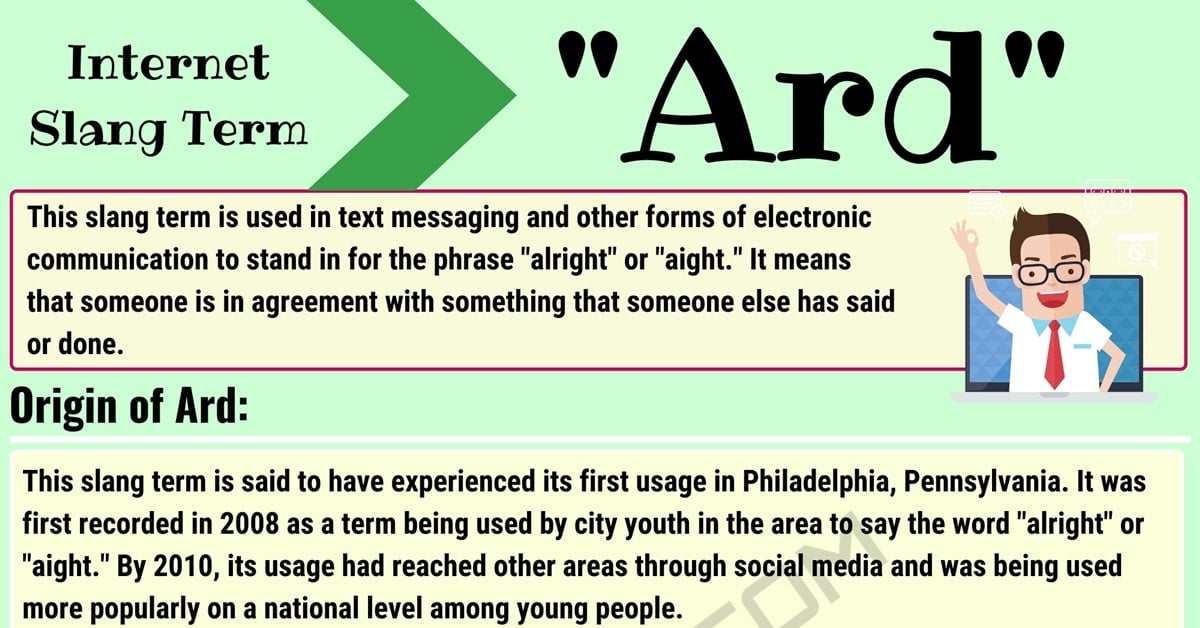 The slang term “ard” is one that you have heard of for the first time many years ago if you were living in a popular inner-city on the east coast. However, if you have only heard or seen this phrase being used for the first time recently, then chances are you came here in order to find out its meaning. Here you will do just that, plus find out details about its origin, and find out if it has any other meanings.

Example conversations are provided for you as well to help with further understanding of the term’s definition. In conclusion, you will always uncover some additional slang terms or proper words that can be used in place of this term without changing its meaning.

What Does “Ard” Mean?

This slang term is used in text messaging and other forms of electronic communication to stand in for the phrase “alright” or “aight.” It means that someone is in agreement with something that someone else has said or done.

This slang term is said to have experienced its first usage in Philadelphia, Pennsylvania. It was first recorded in 2008 as a term being used by city youth in the area to say the word “alright” or “aight.” By 2010, its usage had reached other areas through social media and was being used more popularly on a national level among young people.

Searching the internet reveals that this standalone term can also be used as an abbreviation for the word “hard” or to refer to someone who is retarded in a nice way. The term can also be used as an acronym to represent some things as well. Some of the things it can stand for are “Acid Reflux Disease,” “Apple Remote Desktop,” “Absolute Risk Difference,” “Automatic Ring Down,” and “Anti-Reflective Device.” There are many more titles and phrases that it can represent as well, but there are simply too many to make this an all-inclusive list.

A conversation between brother and sister via text message.

There are many other words that you can use in place of this term in a conversation that would still portray the same meaning. Some of the other terms you could use include: 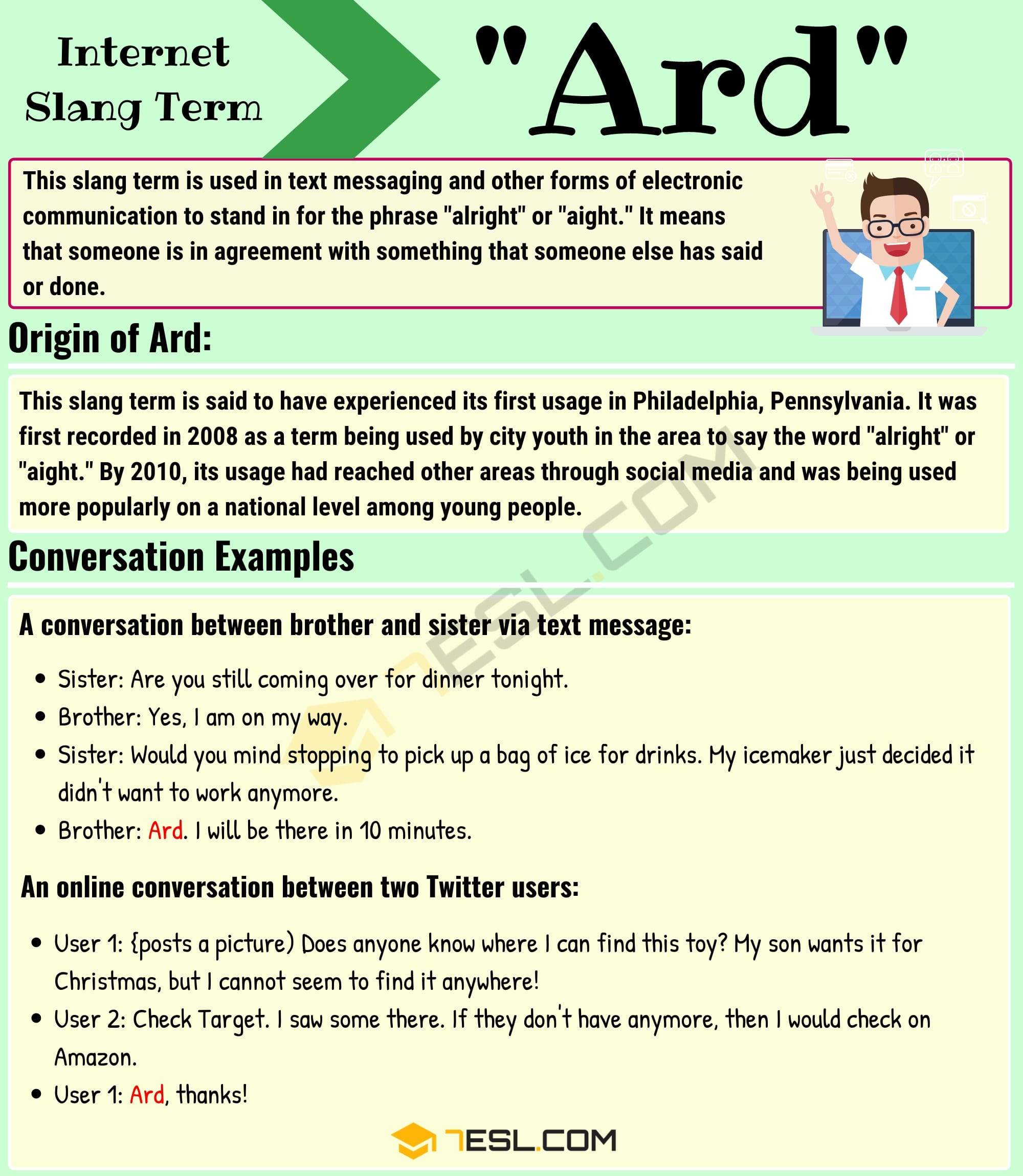