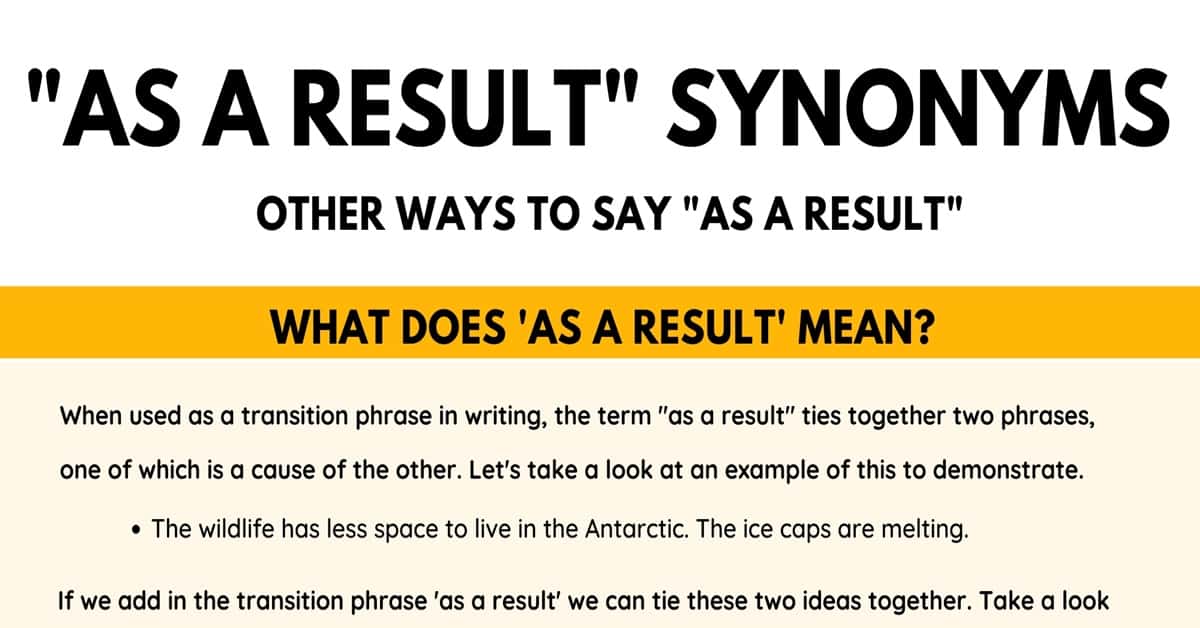 As A Result Synonym! When it comes to writing in the English language, there are many words and phrases to choose from. One of these phrases is ‘as a result’ and this is something which is commonly used in various types of writing especially in essays and articles. However, if the phrase ‘as a result’ is used repeatedly within one piece of written work then it can begin to sound repetitive and cause the written work to feel less well written and even boring.

However, this problem can be avoided by using synonyms of the phrase ‘as a result’ and in this article, we are going to be exploring some other ways in which you can say this phrase but still mean the same thing.

What Does ‘As A Result’ Mean?

When used as a transition phrase in writing, the term “as a result” ties together two phrases, one of which is a cause of the other. Let’s take a look at an example of this to demonstrate.

If we add in the transition phrase ‘as a result’ we can tie these two ideas together. Take a look at the following example.

You can see that the phrase is used to link the two ideas with one another, creating a sentence which flows more and sounds more concise.

As A Result Synonym

As we mentioned, continued use of the term ‘as a result’ might make the writing sound monotonous and cause the audience to lose interest. But it doesn’t have to be that way, there is a multitude of ways in which you can say ‘as a result’ using different wording yet mean the same thing. Let’s take a look at these now.

Now let’s take a look at a short piece of text which uses ‘as a result’ repeatedly and then compare it with one which uses a variety of these synonyms.

Using ‘as a result’ many times in one piece of writing can make the written work sound repetitive and dull. However, there is a great range of synonyms which can be used in its place, allowing you to create a more interesting and well-worded piece of writing.

As A Result Synonym Infographic 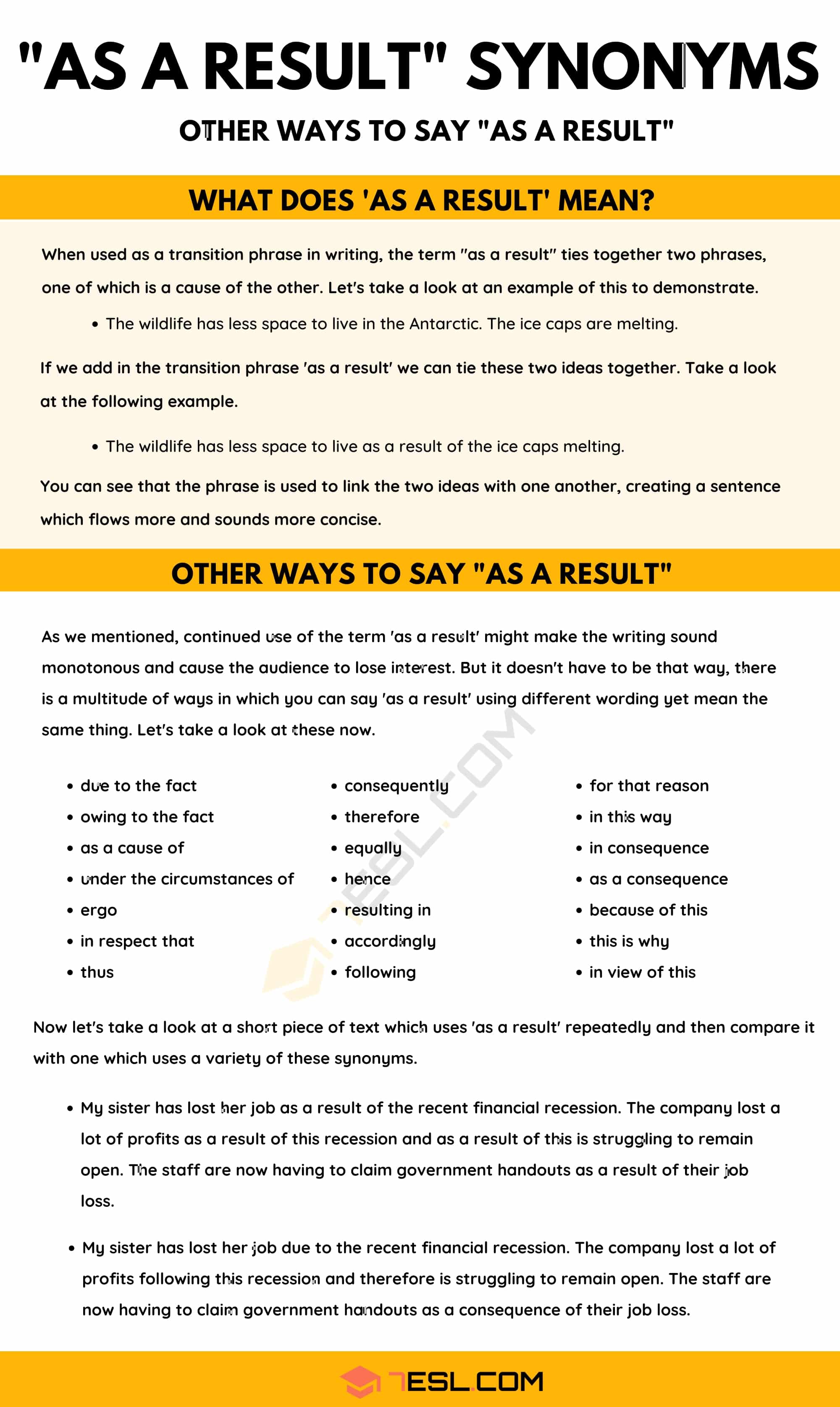