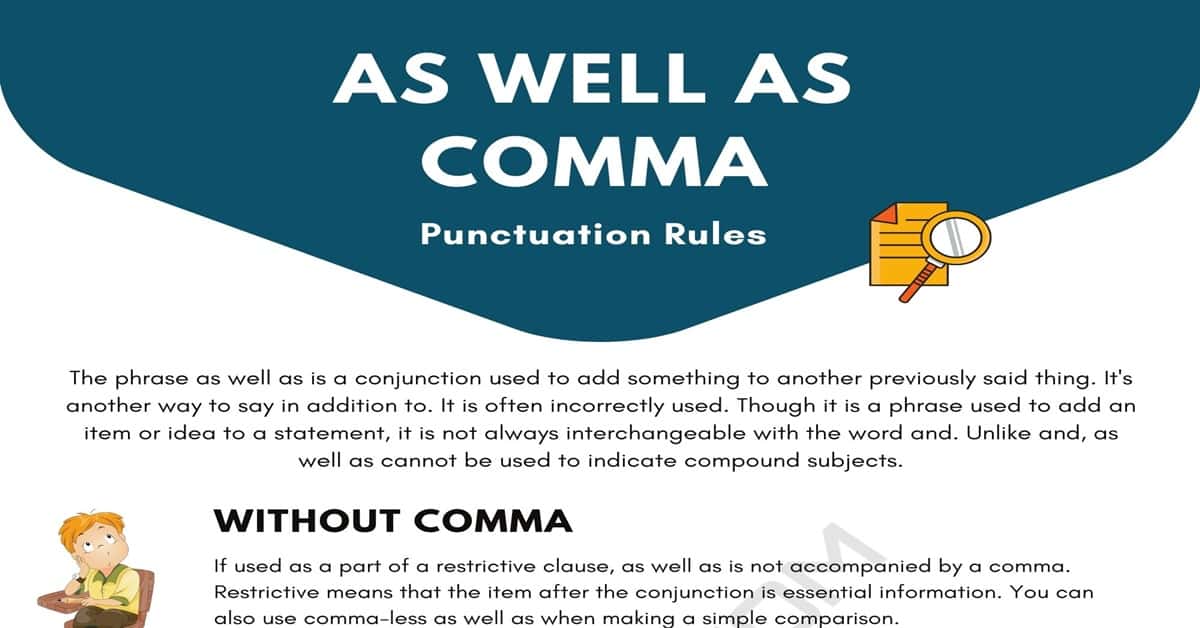 As well as comma! Mistakes are inevitable in English grammar and sentence construction unless you memorize and follow all of the many rules in the English language. One of the common mistakes is the proper use of commas before or after specific conjunctions, which are parts of speech used to coordinate words and phrases or connect clauses and sentences.

Commas in conjunctions should be used appropriately. This tiny detail could change the meaning of the sentence or text. Therefore, it is vital to know the rules regarding when to put a comma and when not to. This article shall focus on the proper use of commas in association with the as well as conjunction.

As Well As Definition

The phrase as well as is a conjunction used to add something to another previously said thing. It’s another way to say in addition to. It is often incorrectly used. Though it is a phrase used to add an item or idea to a statement, it is not always interchangeable with the word and. Unlike and, as well as cannot be used to indicate compound subjects.

Does “As Well As” Need a Comma?

Now, on to the most confusing part. You may or may not put commas when using the as well as phrase. It all comes down to how you use it in a clause, whether it is restrictive or nonrestrictive.

“As Well As” Without Comma

If used as a part of a restrictive clause, as well as is not accompanied by a comma. Restrictive means that the item after the conjunction is essential information. You can also use comma-less as well as when making a simple comparison.

The first example tells you to know your weaknesses in addition to your strengths. The second one describes how the daughter paints compared to her mother. As you can see, both cases don’t include commas to better relay the meaning. Getting rid of those as well as clauses will alter the whole point of the sentences.

“As Well As” With Comma

Place a comma before as well as if the clause is meant as an aside-information or intervening element. That is, it is not the main subject or description in your sentence. These descriptions are called nonrestrictive. Nonrestrictive clauses serve only as additional information. Eliminating them does not necessarily change the idea that is meant to be relayed.

In the first example, Ria is the focus subject. Mia is mentioned but not emphasized. You have to put another comma after the whole intervening phrase. Or else, your sentence will be incorrect and misunderstood. Also, notice that the verb used is singular. That’s because the main subject is only Ria. You cannot use the conjunction as well as to relay compound subjects. If you think Mia is an essential part, then you may instead use the word and. Then, get rid of the commas and change the predicate to a plural form.

The second example is quite similar to the one in the Without Comma section. But when you look at it closely, the comma changes the meaning. This time, the sentence only suggests that the daughter and her mother both paint without comparing the two.

As Well As Comma | Picture

Punctuation Rules: As Well As Comma 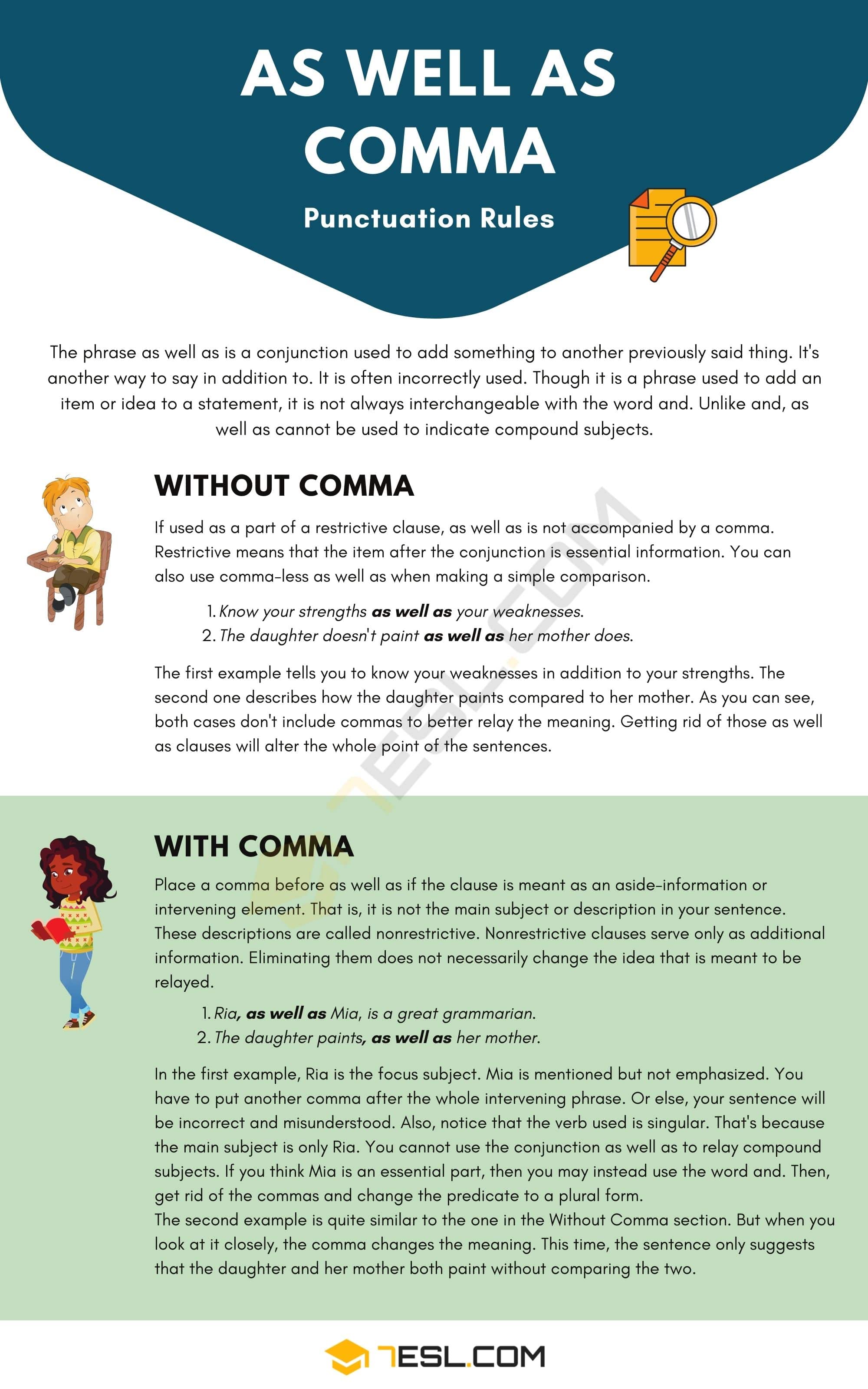