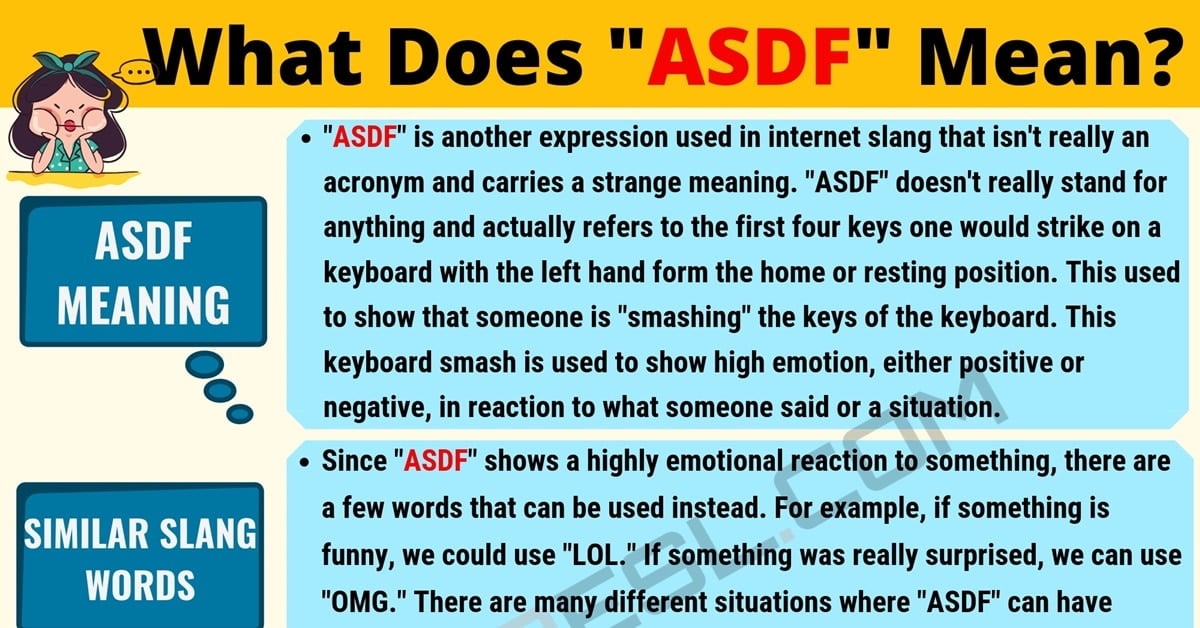 What does ASDF mean? What is the definition of this internet acronym? Learn how and when to use this text abbreviation with ESL infographic and useful conversation examples in English.

What Does “ASDF” Mean?

“ASDF” is another expression used in internet slang that isn’t really an acronym and carries a strange meaning. “ASDF” doesn’t really stand for anything and actually refers to the first four keys one would strike on a keyboard with the left hand form the home or resting position. This used to show that someone is “smashing” the keys of the keyboard. This keyboard smash is used to show high emotion, either positive or negative, in reaction to what someone said or a situation.

Since “ASDF” shows a highly emotional reaction to something, there are a few words that can be used instead. For example, if something is funny, we could use “LOL.” If something was really surprised, we can use “OMG.” There are many different situations where “ASDF” can have different meanings.

This phrase can be used by anyone. It’s more likely to be used by people who are using a computer rather than a mobile device. It can be used at work but should not be used in formal communication. It’s not offensive at all on its own so users should not be afraid of upsetting someone else, unless its used to react to something in an offensive manner.

Although “ASDF” is commonly used to express an emotional reaction, there are also a few other meanings for this word. “ASDF” could possibly mean “air self-defense force” when referring to a country’s military. It can also mean “angry, sullen, depressed, and frustrated” to describe someone’s mood. Lastly, some say it can mean “action squad detective force.” Like with most other slang terms, the meanings can often change depending on who is using it and in what situation they are using it.

Here is the list of other meanings of ASDF:

Here are some examples of “ASDF” and how we can use it:

Example 1 shows a social media post and some of the comments. The original poster relays some information about the weather. It’s supposed to be very hot. At the end of the post, he used “ASDF” repeatedly to show his reaction to the news. The phrase before “ASDF” was “I can’t take this anymore!” This shows that the poster is frustrated by the current weather. Using “ASDF” demonstrates his frustration by smashing his keys repeatedly. The third comment on this post also shares a similar sentiment by using “ASDF” at the end of her comment.

Here we have a conversation between two friends. Friend 1 is setting up his birthday party. Friend 2 decided not to go to the party after saying he would and instead chose to go to a concert. Friend 1 expresses his frustration with the situation by smashing the keys “ASDF” repeatedly. 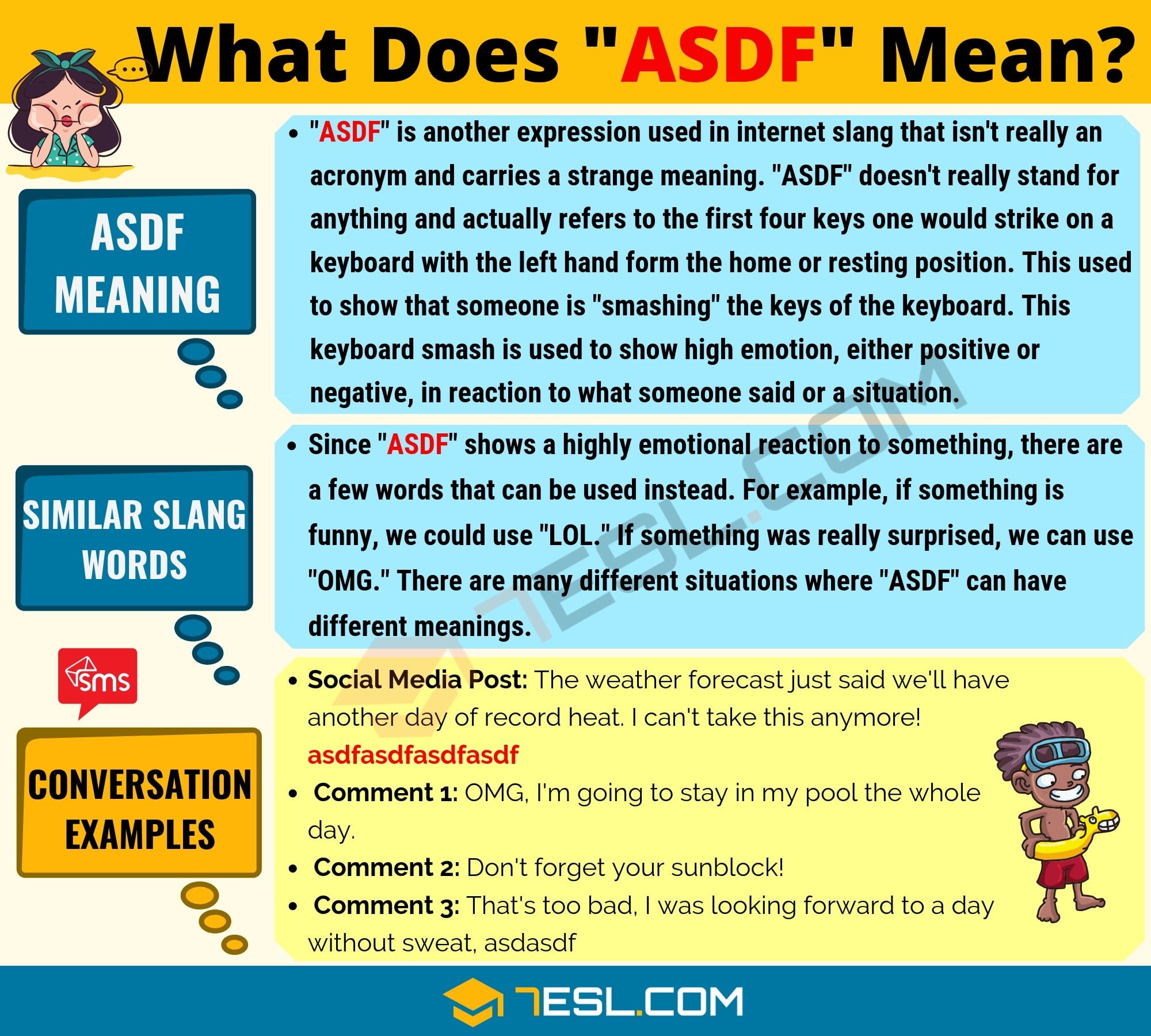