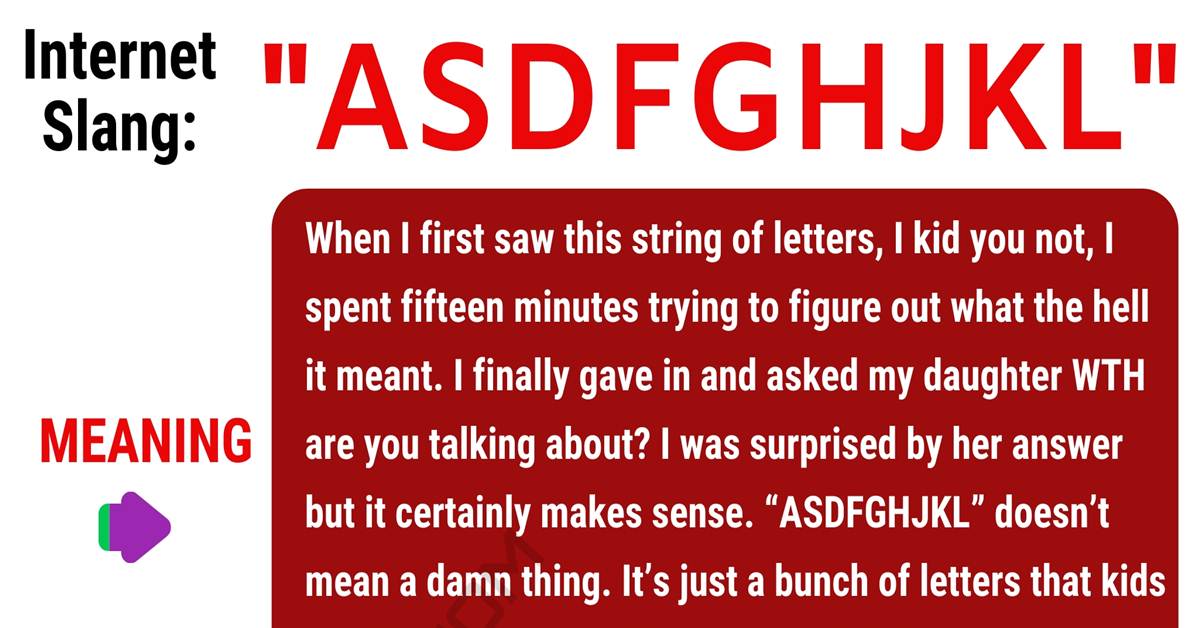 ASDFGHJKL Meaning! I consider myself up to date on a lot of common trends and slang. I do have four children, two who are teenagers, so I think it’s important to know what things mean. If my kids are anything like I was at their age, they’re going to try coming up with plans to sneak around and do things behind my back. So I do my research using guides like this to help me decode my kids’ conversations. Momma ain’t as dated as you think buckoos.

What Does ASDFGHJKL Mean?

When I first saw this string of letters, I kid you not, I spent fifteen minutes trying to figure out what the hell it meant. I finally gave in and asked my daughter WTH are you talking about? I was surprised by her answer but it certainly makes sense. “ASDFGHJKL” doesn’t mean a damn thing. It’s just a bunch of letters that kids hit when they’re bored or if they don’t have a quick response.

It can be used for anything you want. Anger, surprise, confusion, and most commonly, shock. The letters don’t stand for anything and apparently it doesn’t matter what order you put them in. Most young people just start with letter “A” on their standard keyboard and swipe right until they get to Enter. Kids today have way too much free time on their hands!

Other Meanings of ASDFGHJKL

In addition to the main purpose, which is to display shock, such as if you see a celebrity or something that just amazes you, you can also use “ASDFGHJKL” to indicate that you’re bored, that you’re drawing a blank on a response, that you’re not in the mood to talk, or you’re confused. Some people even use it to express anger. I guess getting cussed out like “ASDFGHJKL” is a lot better than some of the ways I have been in the past.

You often see “ASDFGHJKL” on social media accompanying a post about a popular celebrity or product. It’s a common phrase for “fan girls”, who are females that get excited about things that really have nothing to do with their lives. “The Jonas Brothers just put out a new video!! ASDFGHJKL. OMG!!” It can also be used as an easy to remember password for people who don’t care about their privacy.

This is the only thing I knew about this collection of letters before I found out it can actually be used to mean something. Although I have accidentally typed random letters like this using my keyboard. But in my defense, I fell asleep and my face did all the typing. It’s certainly not a phrase I would intentionally use or type.

Because “ASDFGHJKL” doesn’t actually stand for any type of abbreviation, you can use any string of letters to signify the same response. It doesn’t matter what order or what letters you use. I’ve even seen some that just have a random string of numbers and letters with no logical pattern or spelling. Here’s a few variations that can mean any of the random things that “ASDFGHJKL” can mean. 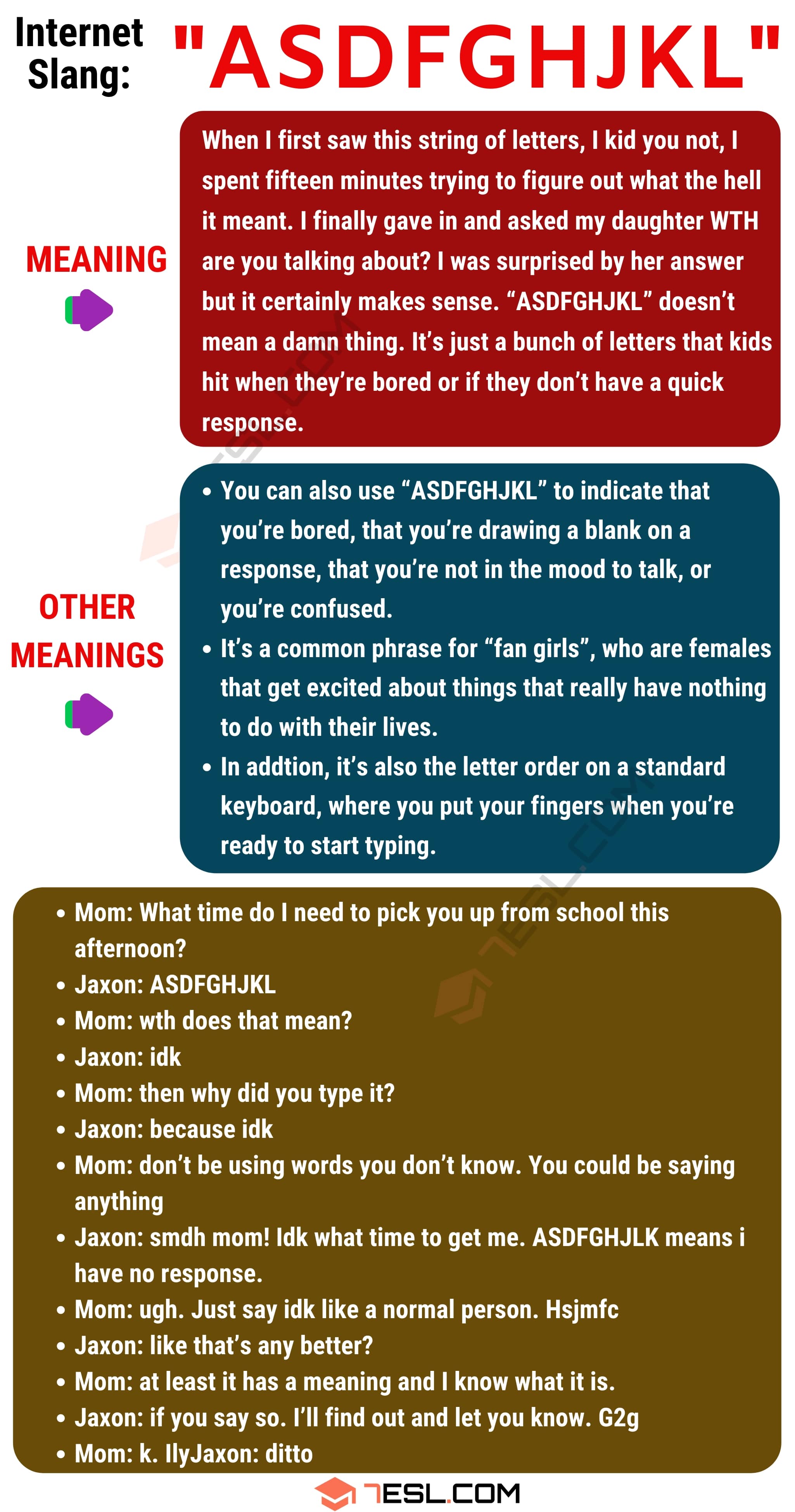