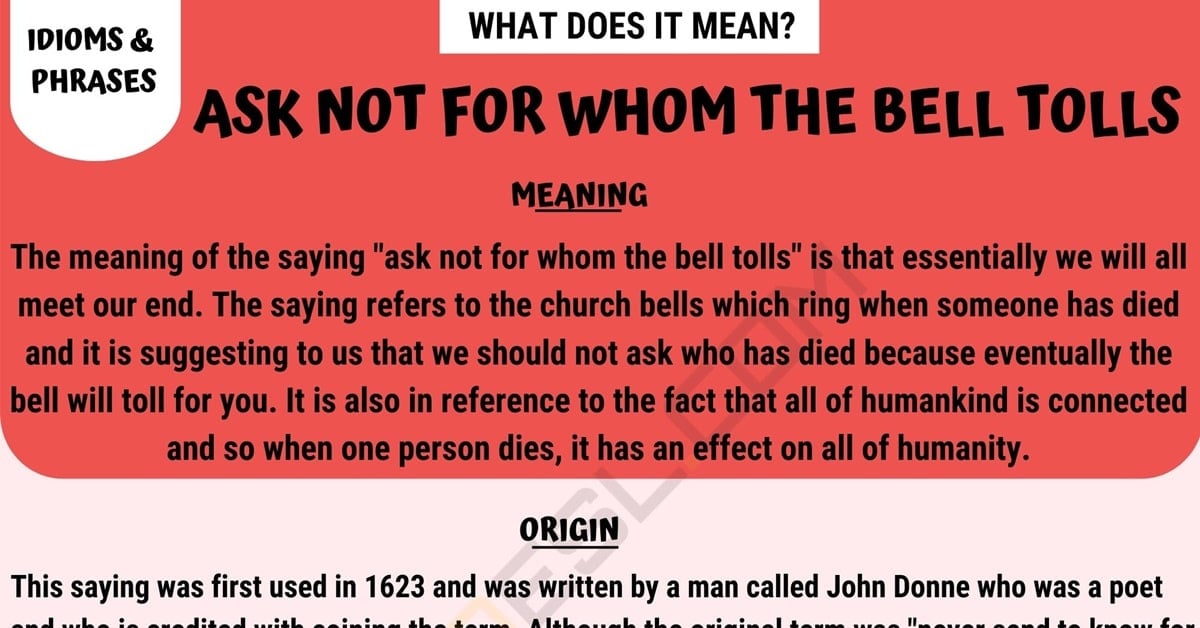 What does “ask not for whom the bell tolls” mean? You may have heard this phrase used in conversation or in written text but you may not have understood what the term meant or where it came from. We are going to take a look at what this term means and what its origins are. Let’s take a look at some of the information surrounding this phrase.

Ask Not for Whom the Bell Tolls

Ask Not for Whom the Bell Tolls Meaning

The meaning of the saying “ask not for whom the bell tolls” is that essentially we will all meet our end. The saying refers to the church bells which ring when someone has died and it is suggesting to us that we should not ask who has died because eventually the bell will toll for you. It is also in reference to the fact that all of humankind is connected and so when one person dies, it has an effect on all of humanity.

This idiomatic saying was first used in 1623 and was written by a man called John Donne who was a poet and who is credited with coining the term. Although the original term was “never send to know for whom the bell tolls”. It did have the same meaning and has been modernized to what it is today.

“Ask Not for Whom the Bell Tolls” Examples

You might use this term when talking about something which is going to have an effect on everyone not just a single person. A good example of this would be if there were a natural disaster in a particular county, you are not directly affected by it but you should “ask not for whom the bell tolls” as in one way or another the disaster will have an effect on you.

The term ask not for whom the bell tolls might be used in a conversation such as:

Other ways in which you might express the meaning of this phrase could be:

Ask Not for Whom the Bell Tolls | Image 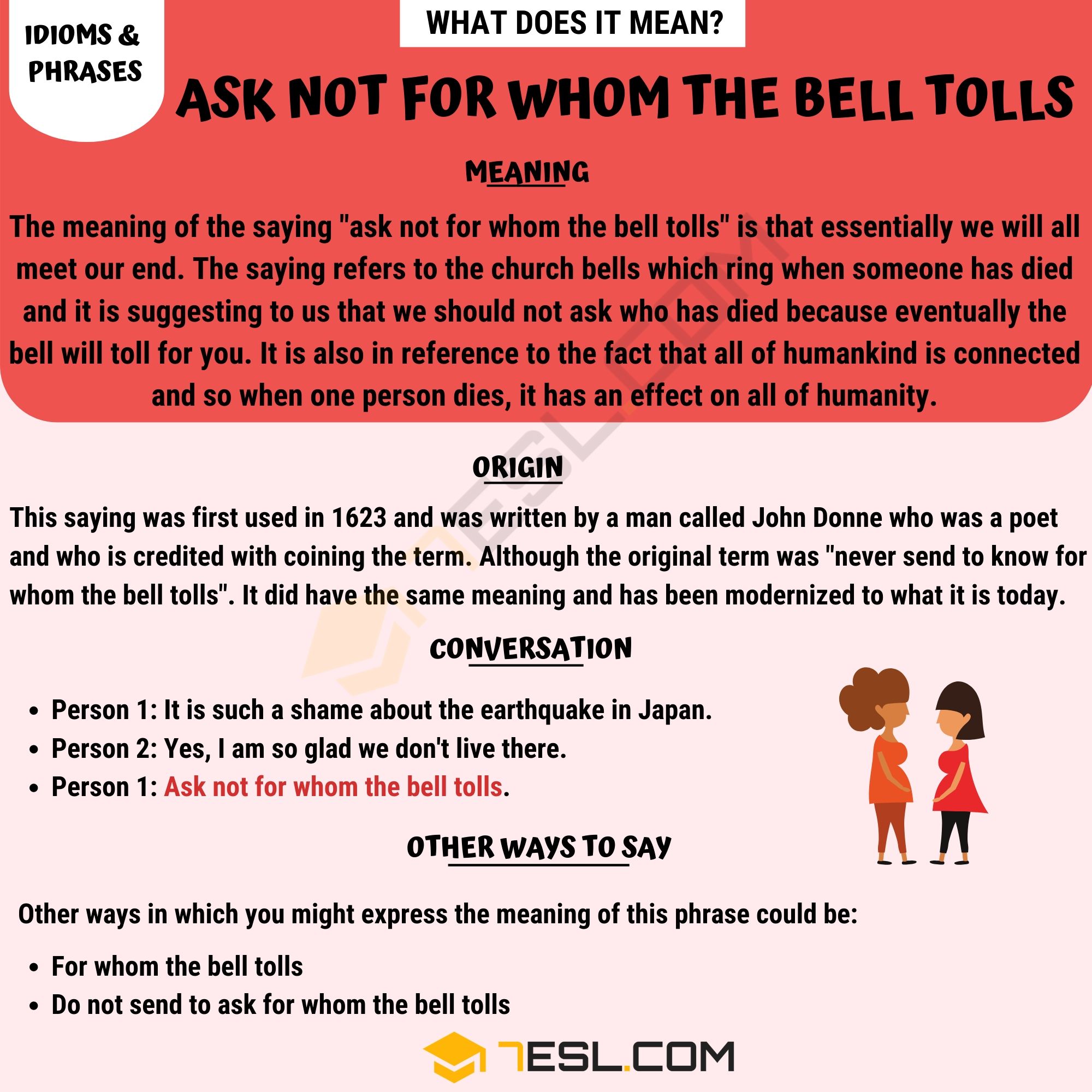 Your answer to the meaning misses the mark. Anyone’s death make us lesser because of it as a member of humanity.