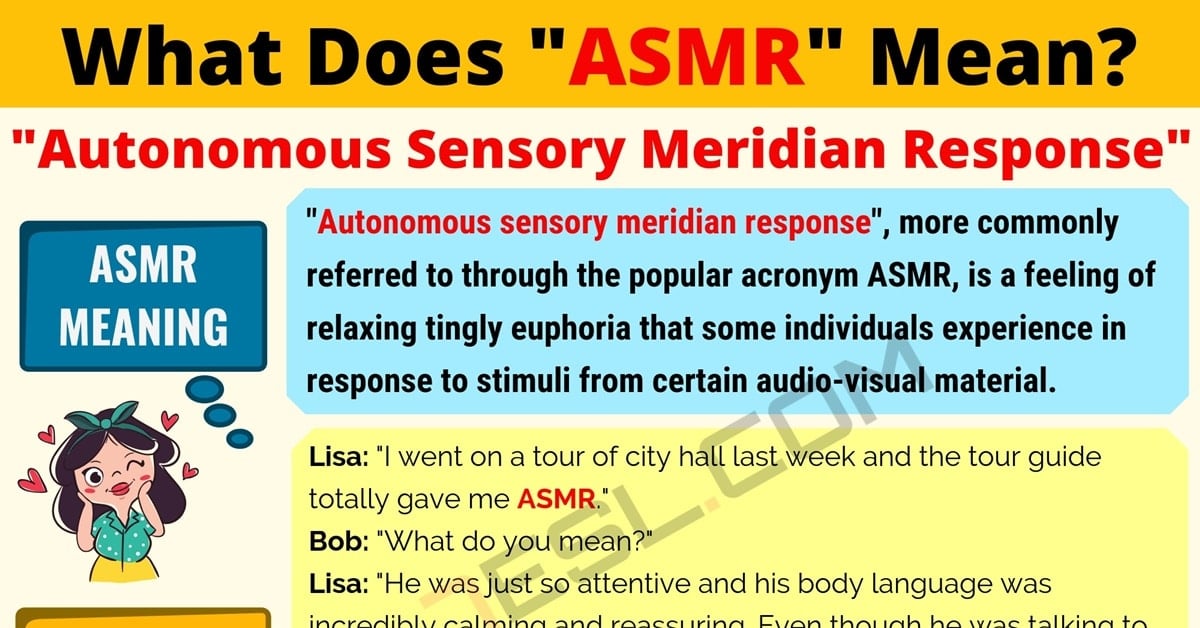 What does “ASMR” mean? Are you looking for the definition of this online slang abbreviation? Learn how and when to use this internet slang word with useful conversation examples and ESL infographic.

What Does “ASMR” Mean?

“Autonomous sensory meridian response”, more commonly referred to through the popular acronym ASMR, is a feeling of relaxing tingly euphoria that some individuals experience in response to stimuli from certain audio-visual material.

This abbreviation also colloquially referred to as ‘tingles’ or ‘brain orgasms,’ the ASMR sensation is one of intense soothing bursts of tingles that begin from the top of the head and move down the neck and back, in rare and intense instances even proceeding to the arms and legs. Those who experience and swear by ASMR use online videos to relax, get rid of stress, and even to combat insomnia before bedtime. In a 2013 episode of the popular podcast This American Life, Andrea Seigel vividly compared the ASMR experience to having one’s head turned “into a snow globe.”

“Autonomous sensory meridian response” is perhaps most comparable to getting shivers down one’s spine from a powerful work of art or music, but instead of resulting from ‘being moved,’ ASMR is rather caused by audio-visual “triggers” such as someone brushing their hair, crinkling a starched shirt, whispering inaudibly, tapping on a wooden surface, and even role-playing a cranial nerve examination. The creators and personalities who seek out, explore, and record different triggers on Youtube are known as ‘ASMRtists,’ and several of them, such as Gentlewhispering and GwenGwiz, have legions of devoted fans and views ranging in the millions.

The terms “Autonomous sensory meridian response” was coined by ASMR researcher, lobbyist, and creator Jennifer Allen in 2010. She defined the parts of the definition as follows: Autonomous refers to the spontaneous element that happens involuntarily; Sensory refers to sensation; Meridian refers to a peak or climax; and Response signifies that the experience is triggered by phenomena. Although initially dismissed by skeptics as a new age invention, this acronym is rapidly growing steam and credibility in the scientific community, with research studies from the likes of the University of Sheffield not only confirming the existence of the phenomena but its undeniable physiological benefits.

ASMR videos also grew out of the whisper community, which featured Youtubers speaking softly to viewers to encourage moments of virtual interpersonal bonding, personal attention, and words and gestures of validation. Many creators also cite the “unintentional ASMR” they experienced in youth, whether from interactions with teachers, librarians, tour guides, etc, or from watching television. One television personality that is almost universally cited as the godfather or accidental pioneer of ASMR is Bob Ross, host of The Joy of Painting. Ross’s soothing baritone, careful brush strokes, and invitational bearing created a classical archetype that many ASMRtists continue to build on today.

Other Meanings of “ASMR” 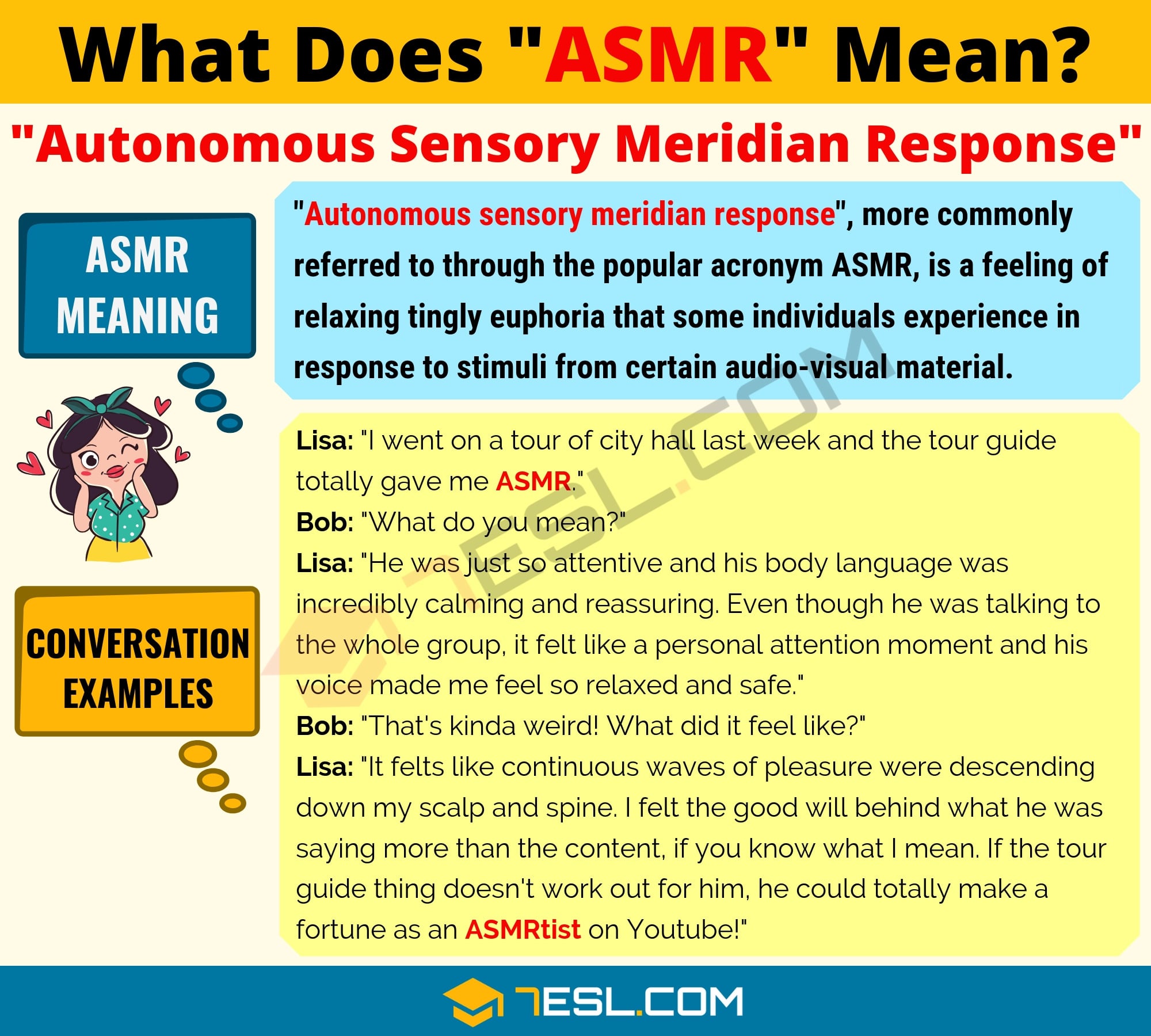