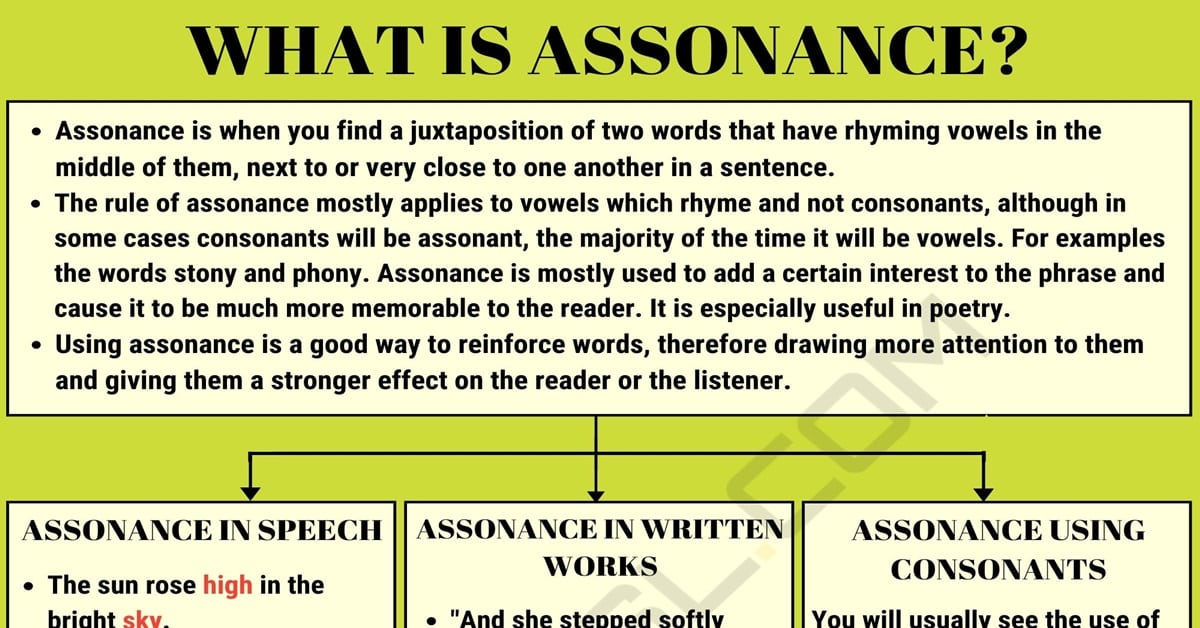 What is Assonance? When thinking about grammar within the English language, one of the things that you may come across is assonance. We are going to look at what assonance is and how it can be used in both speech and written work by seeing some examples of these things.

What is Assonance? Assonance is when you find a juxtaposition of two words that have rhyming vowels in the middle of them, next to or very close to one another in a sentence.

The rule of assonance mostly applies to vowels which rhyme and not consonants, although in some cases consonants will be assonant, the majority of the time it will be vowels. For examples the words stony and phony. Assonance is mostly used to add a certain interest to the phrase and cause it to be much more memorable to the reader. It is especially useful in poetry.

Using assonance is a good way to reinforce words, therefore drawing more attention to them and giving them a stronger effect on the reader or the listener.

Examples of Assonance in Speech

We are now going to take a look at ways in which assonance can be used during conversation and speech. Whilst assonance is mostly used in poetry, we see examples of it in everyday conversation, where it often appears unintentionally. Each of the examples will show the assonance words in bold to highlight their placement within the sentences.

Examples of Assonance in Written Works

Assonance is something that is often used by authors and poets to add more of a flavor to their work. There have been thousands of instances in which it has been used. We are going to take a look at some of these examples. Once again, the assonant words will be highly in bold to make them easier to understand.

This is an excerpt from a piece of writing by Cormac McCarthy in which the long ‘a’ sound of the highlighted word gives us an example of assonance.

This is an example of assonance being used in a song by the band Pink Floyd.

This example of assonance comes from ‘deadwood’ by Al Swearengen.

This is another example of assonance being used in a song, this time by the group Thin Lizzy.

This example of assonance is taken from the poem, The Raven by Edgar Allen Poe.

In this example of assonance, we see the long ‘o’ sounds being used repeatedly. This is from the poem by William Wordsworth called ‘Daffodils.’

In this example, we see assonance being used by Dylan Thomas in his poem Do not go gentle into that good night.

In Dr. Seuss’ work West beast, the east beast we see many examples of assonance, here is one example of this.

This is an example of assonance being used in a poem by Sondheim.

This is an example of assonance which is taken from Beowulf by Seamus Heaney.

You will usually see the use of vowels is assonant phrases, however, there are some times when consonants will appear within assonance. Here are a few examples of when it is used with consonants.

We have seen many examples of how assonance can be used in both written work and in everyday conversation. Assonance is the use of words within a sentence or phrase, which contains rhyming vowels in the middle. Whilst assonance mostly applies to words with vowels, there are a few instances in which assonance is used with consonants, for example in the following sentence. “The fly is in the sky.”

Assonance is used to add emphasis on a word or a sentence in order to make it more exciting and memorable for the listener or the reader.

What is Assonance? | Picture 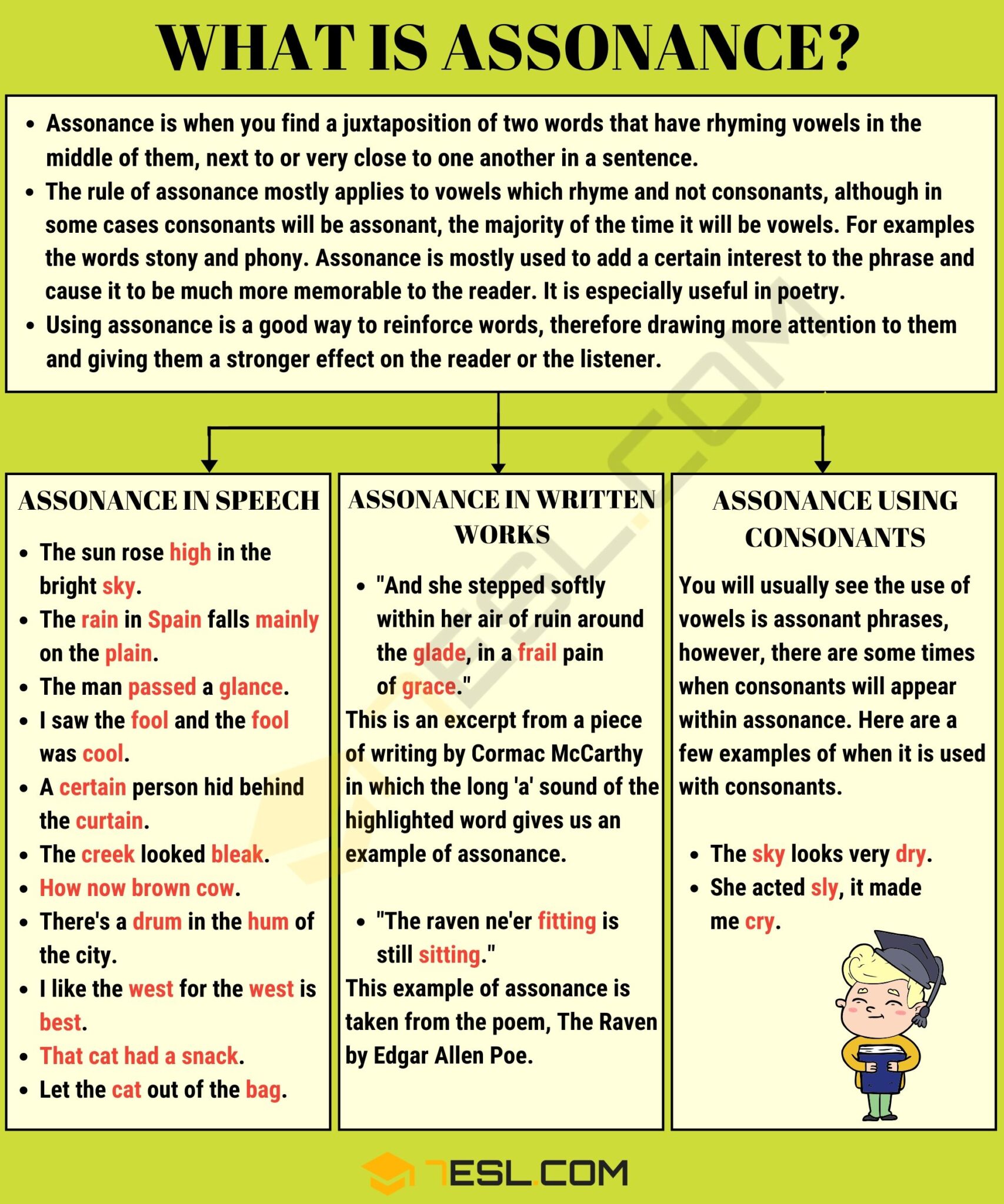 it help me a i understood it. great explanation

yeah but can you explain a bit

it was ok! could have explained a bit better though.

99.99% of native English speakers (like me) have NEVER heard of assonance. ESL students are better advised to spend their precious time practising listening and speaking – not literary techniques that the majority of the native population don’t even use. Being honest!